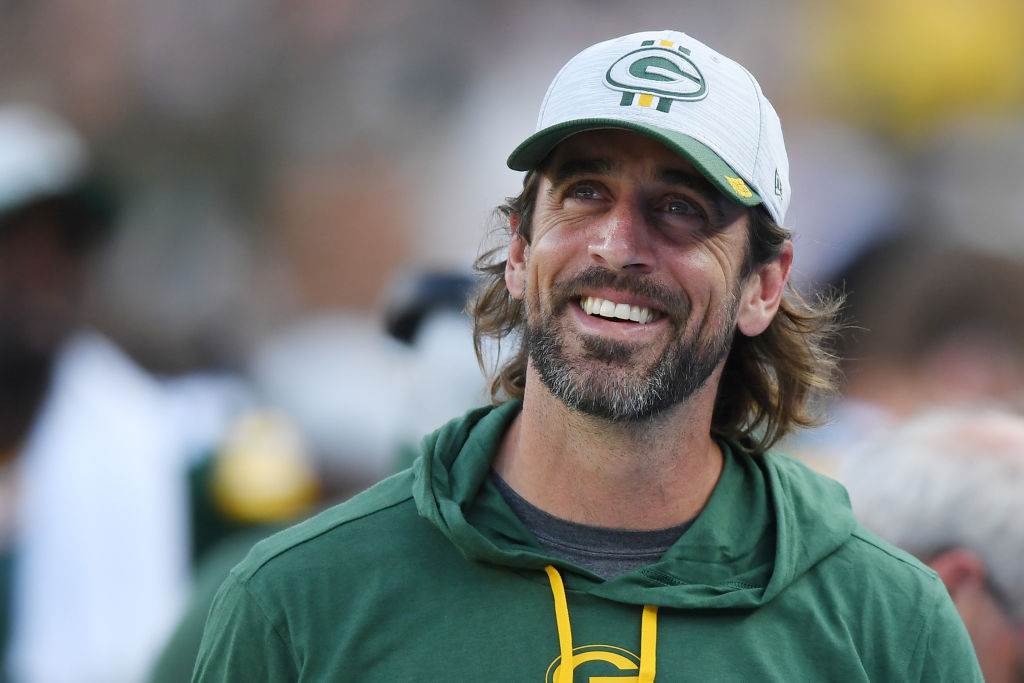 As they say when promoting combat sports, the card is subject to change.

This is the case of Aaron Rodgers, who last year at this time wanted to leave the Green Bay Packers, but now wants to retire in the green and gold.

“Yeah, definitely,” Rodgers told reporters Tuesday, when asked if that was the case. He added, with a twinkle in his eye, “Unless they trade me.”

The 38-year-old didn’t seem to hide his displeasure with the Packers’ front office last season, fueling speculation he could leave the franchise that drafted him the No. 24 pick in 2005. Then came a three-year, $150 million deal. contract extension this spring.

What has changed with Rodgers are the communication channels. He spoke Tuesday about having “very direct conversations” with Packers president Mark Murphy, general manager Brian Gutekunst and salary cap expert Russ Ball.

“I haven’t been shy about avoiding conflict during my time here because I feel like it leads to a positive resolution for the organization and for everyone involved,” Rodgers said.

“I’m not saying it was a hand to hand fight, but it was just a real serious heart to heart. As someone who loves this franchise so much, I thought it was important to share my thoughts on some things about how this place can keep getting better and better long after it’s done.

He said the talks caused the relationship to change.

“It wasn’t like when you’re in a relationship and your partner tells you you’re causing all the trouble,” Rodgers said, speaking through a smirk. “That wasn’t what I was doing. There were a lot of problems and potential solutions, and I’m very proud to be part of the solution.

Following those uncomfortable conversations, the Packers front office kept Rodgers updated on their decision-making processes with the NFL Draft and free agency, and at least for now, the bridges have been fully rebuilt. .