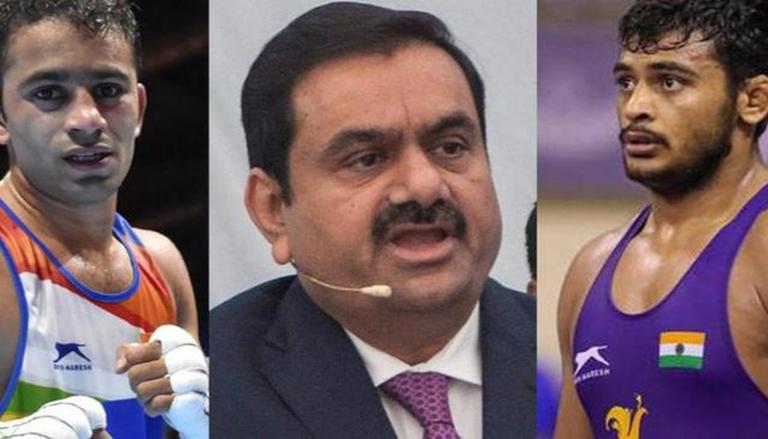 The Adani Group has become an official partner of the Indian Olympic contingent at the Tokyo 2020 Olympics, which will open on July 23, 2021. Indian lineup in Tokyo includes 119 athletes, the highest ever in India at the Olympics. The Olympic partnership is in line with the Adani group’s belief that corporate support for the country’s sports ecosystem will build a better and stronger sports future.

Garv Hai, the Adani Group’s long-term incubation program to identify and train future Indian sports champions, was launched in 2019 after completing a four-year pilot project started before the Rio Olympics in 2015. Athletes promising candidates were selected for the Garv Hai program. In the past, the illustrious list of champions backed by the Adani group included boxers Shiva Thapa, Mandeep Jangra and Pinki Rani, shot putter Inderjeet Singh, walker Khushbir Kaur, distance runner Sanjeevani Jadhav and marksman Malaika Goel. . Ten junior athletes and nine senior athletes have been trained under the Garv Hai initiative, seven of which have qualified for Tokyo 2020. Each of the seven Garv Hai athletes is a beautiful story of talent, determination and combined effort to overcome challenges, setbacks and hardships.

Pranav Adani, MD – Agro, Oil & Gas, said, “I am proud of these athletes who represent our nation on the world’s greatest sporting stage. The courage, commitment and conviction they have shown to reach this peak of excellence are already making them winners. Their heroic journeys inspire us as a nation. I wish them the best, and we as a nation will always be proud of them no matter the outcome. The Group has now strengthened its commitment to the nation’s sporting talents by becoming the official partner of the Indian Olympic Association and also the official partner of the Indian contingent at the Tokyo 2020 Olympic Games.

About the Olympians of the ‘Garv Hai’ initiative

Ankita Raina from Gujarat was fascinated by tennis from the age of five. Today she is the best Indian tennis player. It was in 2016 that she joined the Adani group. Rani Rampal of Haryana’s Shahbad will lead India’s women’s hockey team. Thanks to her determination, Rani broke all the barriers that prevented women from the world of sport. The family of Arjun Award-winning pugilist Amit Panghal is a personification of the late Prime Minister Lal Bahadur Shastri’s bugle call, “Jai Jawan, Jai Kisan”. His older brother is in the Indian military and his father is associated with agriculture while Panghal represents the boxing powerhouse of the country. Amit weighs 52 kg. He won a silver medal at the 2019 World Boxing Championships, a gold medal at the 2019 Asian Championships and a silver medal at the 2021 Asian Championships.

About the Adani group

Adani Group is a diversified Indian infrastructure conglomerate with a market capitalization of over $ 89 billion (as of July 21, 2021) comprising six publicly traded companies. It has created a portfolio of world-class infrastructure with a pan-Indian presence. The Adani group is headquartered in Ahmedabad in the state of Gujarat, India. Over the years, the Adani Group has become the market leader in the large-scale infrastructure sector with operation and maintenance practices compared to global standards. With four IG rated companies, it is the only Infrastructure Investment Grade issuer in India. The Adani Group owes its success and leadership position to its core philosophy of nation building guided by growth with kindness – a guiding principle for sustainable growth. The Group is committed to achieving ESG objectives by realigning its activities with an increasing emphasis on climate protection and increasing community awareness through its CSR programs based on sustainability principles, diversity and shared values.