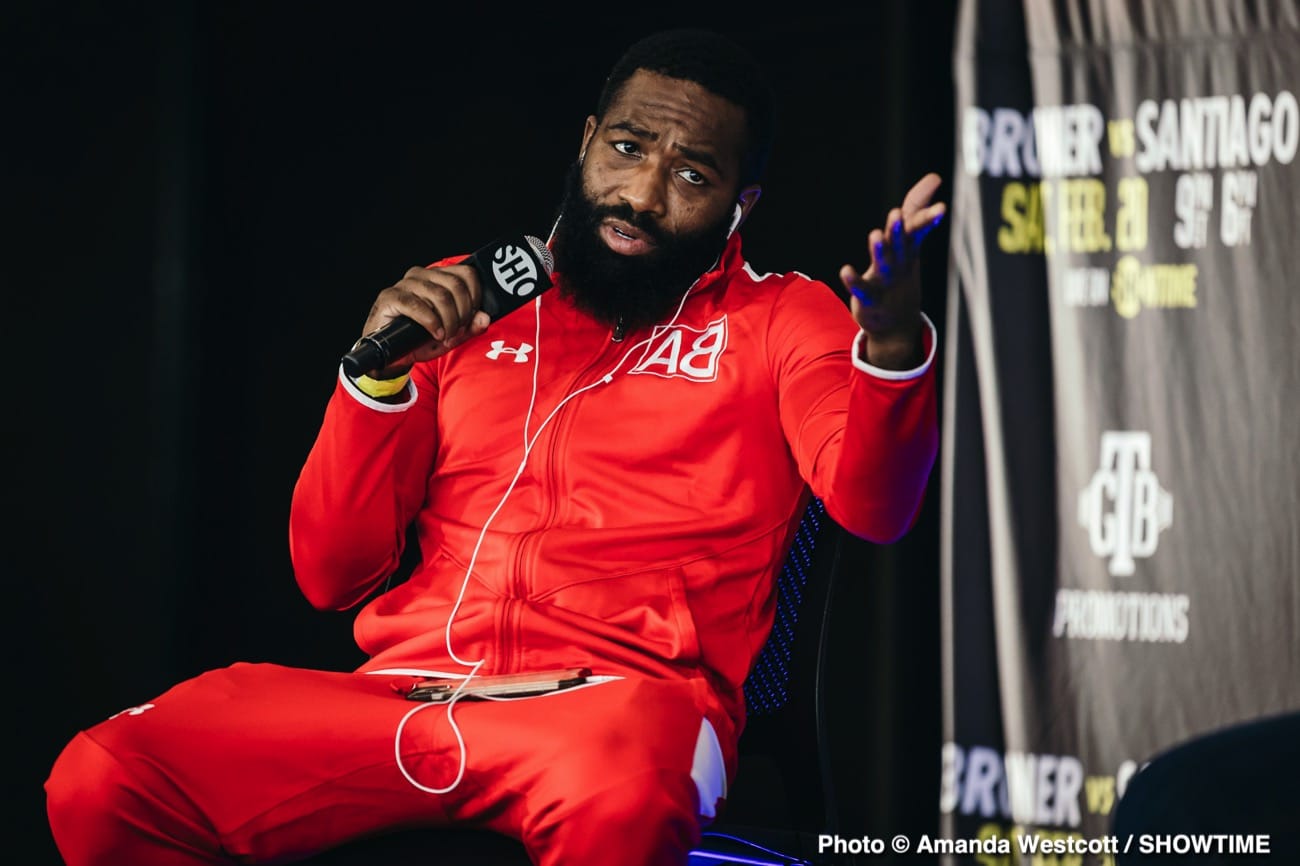 By Alan Fox: In what appears to be a shout for helpAdrien Broner reached out to Floyd Mayweather Jr. this week on social media, asking the retired star to help him with his career.

32-year-old former four-division world champion Broner (34-4-1, 24 KOs) wants Mayweather to work his magic with his career the same way he did with Gervonta’ Tank Davis.

Broner has only fought twice in the past four years since 2018 and looked poor in a one-sided loss to Manny Pacquiao and a questionable win over Jovanie Santiago over a year ago in February 2021.

Two of the judges gave Broner the first round despite not landing a punch.

“I miss you man. I know we haven’t spoken in a while, but honestly, I think I need you the most right now when it comes to that boxing shit,” Adrien Broner said on social media.

It’s unclear what magic Mayweather can work on Broner’s career because he can’t fight at 140 or 147 at a high level. The weight classes in which Broner performed well were 130 and 135, but that was many years ago.

Broner has been fighting at welterweight since 2013, and it was nine years ago that he left the lightweight division. Unless Mayweather can get Broner on a weight management program to 130 or 135, he’s unlikely to be able to salvage his flagging career.

Without hand speed, power and a decent work rate, Broner’s career won’t be saved by Mayweather’s interference. The apparent decision Mayweather – or any promoter – can make to help Broner is to go on a weight management program and cut it down to 130, so he can compete at super featherweight.

When Broner was at his career best, he competed in the 130-pound division. He had the size advantage over his opponents and his power went further in this weight class.

Where things went downhill for Broner was when he went down to 147 in 2013 and was beaten by Marcos Maidana. If the money wasn’t so good at 147, Broner probably would have gone back to the 130 or 135 pound divisions, but he chose to stay in a weight class his body couldn’t handle.

We can’t give Mayweather too much credit for the success of Gervonta “Tank” Davis, because he’s a guy with hand speed and tremendous punching power. With Tank Davis’ talent, he would do well with any promoter, not just Mayweather.

You can argue that Mayweather saved Tank Davis from losses by not facing him by bypassing Vasyl Lomachenko and Teofimo Lopez. If Mayweather had faced Tank earlier in his career, he would have more than a few losses on his resume.