Ali Abdelaziz believes that Henry Cejudo is the greatest combat sports athlete of all time, surpassing other big names such as Daniel Cormier, Khabib Nurmagomedov and Kamaru Usman.

“Triple C” recently expressed a desire to come out of retirement and face Alexander Volkanovski in a bid to become the first three-division champion in UFC history. However, Dana White was not in favor of this fight. Cejudo has indicated that he is ready to return to the octagon, but only if he is offered enough money.

During a recent interview with Brett Okamoto of ESPN MMA, Ali Abdelaziz said that Henry Cejudo’s Olympic gold medal combined with his accomplishments inside the octagon made him the greatest combat athlete ever. all time.

“Henry wants respect. Henry Cejudo respects Henry… But Henry also has a chip on his shoulder and he should. I don’t think people give him the respect he deserves. I think he’s the most great combat athlete of all time. It’s not “DC”, it’s not Khabib, it’s not Kamaru. I’m talking about fighting, right? He’s an Olympic champion, a two division champion, no one can ever do what he does. It’s impossible. If Kayla comes to the UFC one day and becomes champion, yes, she will bypass it. But for now, Henry Cejudo is the greatest combat athlete of all time,” Abdelaziz said.

Here is the full interview:

Henry Cejudo and Petr Yan have gone back and forth in the media. The former two-division champion recently revealed he’s ready to come out of retirement and take on ‘No Mercy’ in Russia as long as the price is right.

During a recent appearance on the DC and RC show, Cejudo said he would love to go to Russia and have his own Rocky moment by beating the interim bantamweight champion.

“Listen, I’ll tell you what man, I’d like to beat that ugly potato face Petr Yan in Russia, [I’ll] step out like Rocky in style, with my Gucci shoes, chinchilla suit, I’m gonna slaughter this guy in front of his own country. The only thing is I just want this bag full of cash, man. I feel like I deserve it. I’m really enjoying coaching right now,” Cejudo said.

Here is the full interview: 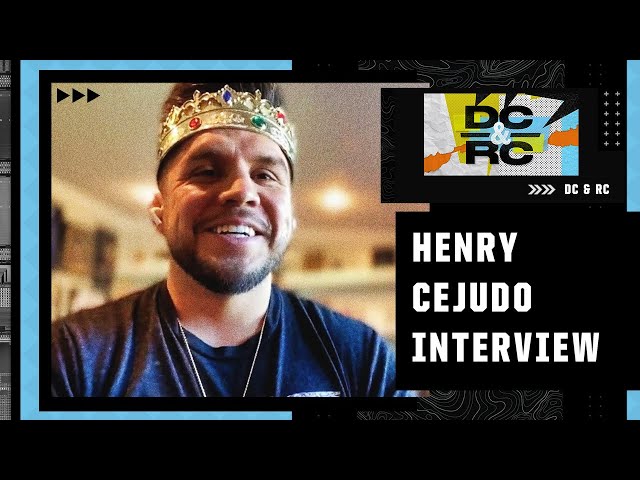 Although there have been rumors suggesting Cejudo was returned to the testing squad in late 2021, USADA says he hasn’t been tested since his last fight against Dominick Cruz. ‘Triple C’ will have to return to the test group for at least six months before he can return to the octagon.