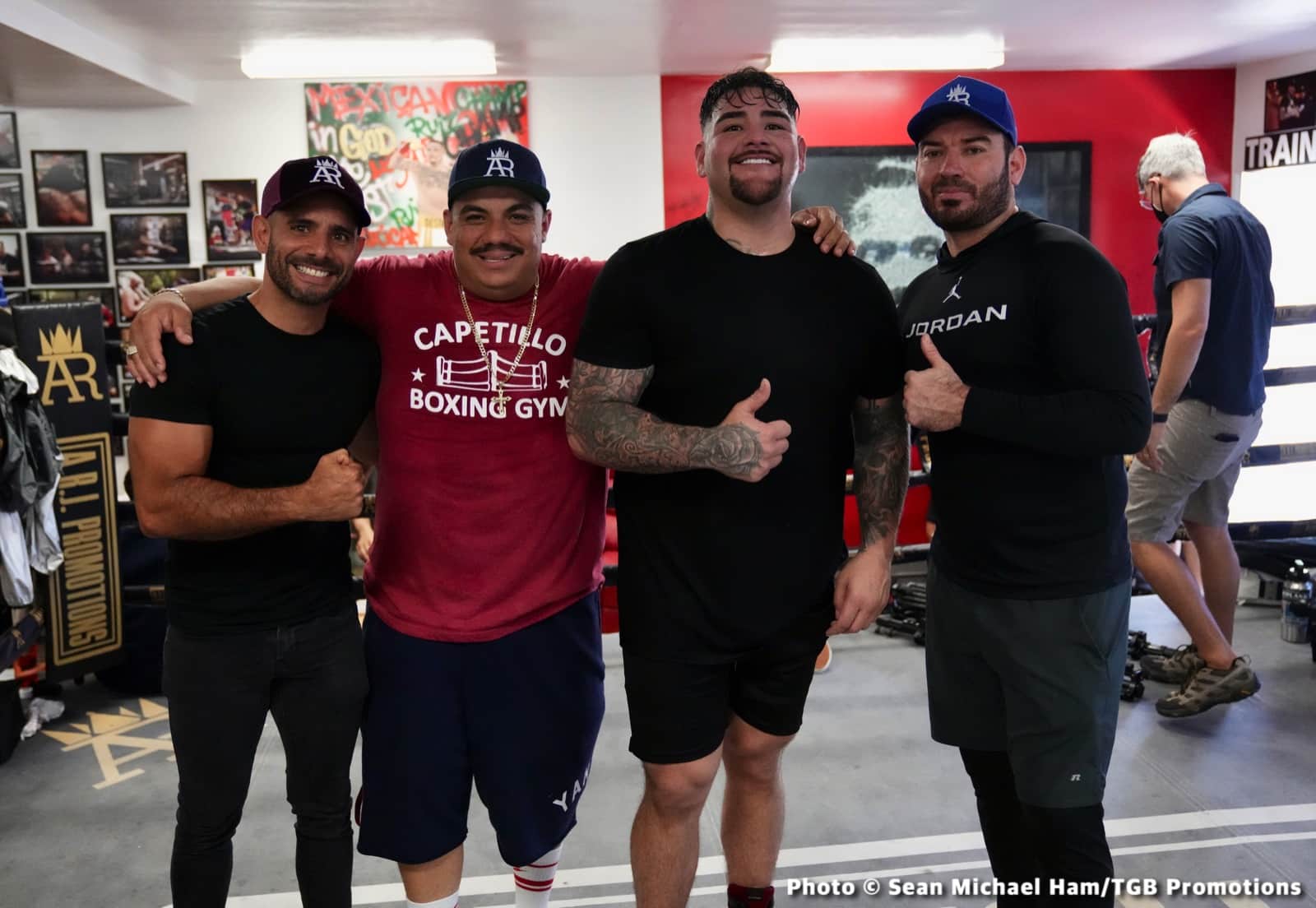 By Dan Ambrose: Andy Ruiz Sr is extremely confident that his son, former IBF/WBA/WBO heavyweight champion Andy Ruiz Jr, will ultimately defeat Deontay Wilder if the two face off next.

Ruiz Jr (34-2, 22 KOs) has a tough hurdle ahead of him with his Sept. 4 fight against southpaw Luis ‘King Kong’ Ortiz in a WBC title eliminator at Crypto Arena in Los Angeles.

Andy thinks his youth, power and combination punches will prove too much for the 43-year-old Ortiz (33-2, 28 KOs), who looked frail in his last fight against Charles Martin in January.

The winner of the Ruiz vs. Ortiz fight will be the mandatory for WBC heavyweight champion Tyson Fury. In the meantime, Wilder (42-2-1, 41 KOs) fights Robert Helenius (31-3, 20 KOs) in a WBC title eliminator on October 15 at Barclays Center in Brooklyn.

It’s up in the air which way Wilder will go if he beats Helenius. It’s quite possible that Wilder could then challenge Fury for his WBC title in a fourth fight or face Anthony Joshua in England or the Middle East in a massive mega-fight.

In other words, Wilder has better options for lucrative fights than choosing to face Ruiz. It would be an unwanted fight, as Ruiz has lost all credibility after failing to train hard for his rematch with Joshua in December 2019 and losing all three of his titles.

“I think we will win the fight with Wilder because what Andy has, he has more explosive punches,” Andy Ruiz Sr told Television Battle Hub. “I think when Wilder throws punches he gets tired. And I think Andy has more chin than Wilder.

Ruiz’s lack of mobility would make him an easy target for Wilder’s jabs and right hands. Joshua has already created the plan on how to beat Ruiz by using a jab and constantly moving around to keep the stocky fighter from getting within striking range.

“It was like Anthony Joshua when he knocked down Andy when he came in, Anthony Joshua threw a really hard right hand at Andy, he didn’t do anything,” Ruiz Sr said. “So I think he will handle Wilder’s right hand.

“So what is Wilder going to do when Andy starts throwing all these bombs, all these punches, these body shots? says Ruiz Sr.