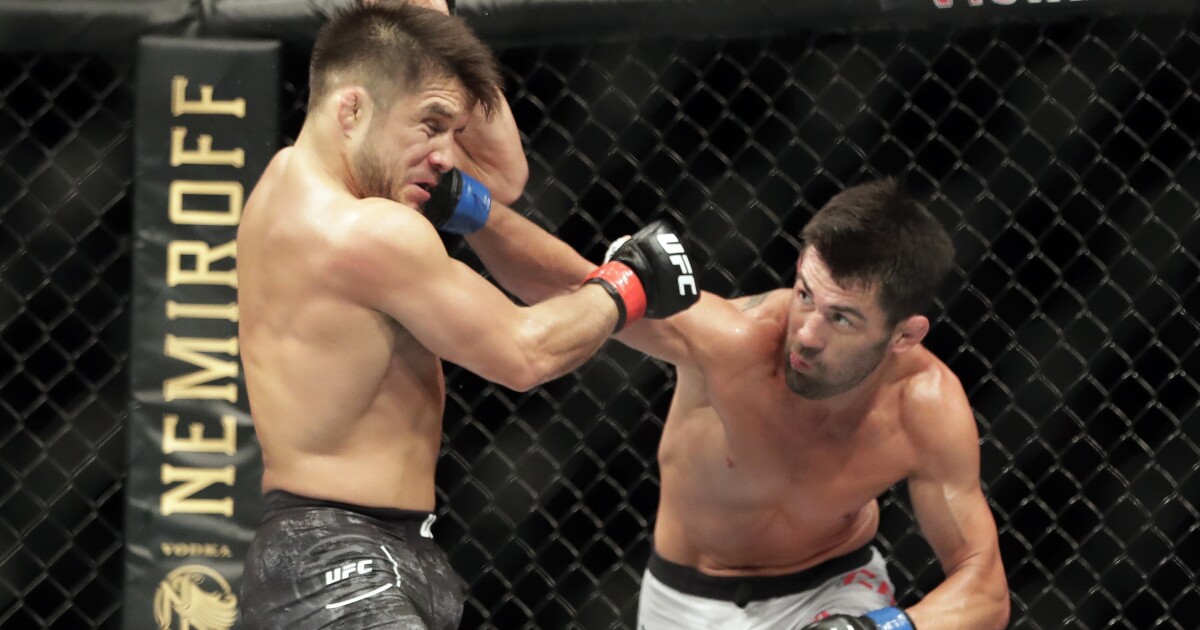 The partnership between Top Rank Promotions and ESPN has been great for the sport of boxing and for fight fans who have grown cautious about a pay-per-view model that has too often given more punch to the wallet than strong sensations in the eyes.

Junior welterweight Bardoza made his main event debut and improved to 27-0 (10 KOs) with an entertaining 12-round victory over a very match-matching Danielito Zorilla, while Muratalla picked up an 8-round victory rounds against Jair Valtierra in a lightweight bout. .

Add in US Olympic silver medalist and budding heavyweight contender Richard Torres Jr. stopping Roberto Zavala Jr. in 58 seconds, and fight fans were treated to a high-quality roster of fights featuring talented young boxers. without having to fumble for a credit card or add to an already cumbersome cable/satellite/streaming service tab.

The UFC did an equally wise thing by partnering with ESPN to bring cards such as the one featuring San Diego native Dominick Cruz on Aug. 13 at Pechanga Arena to a wider audience.

For combat sports fans looking for even more content, ESPN+ offers premium boxing and UFC cards every week (as well as golf, tennis, every out-of-market NHL game, and thousands college events and national and international football games) for $6.99 per month or $69.99 per year – although prices increase to $9.99 and $99.99 in about a month.

Not bad, especially for those of us with a wide range of sporting interests who have been burnt out by the pay-per-view model in the past.

Plus, exposure can only help rising fighters establish a larger following.

On August 20, San Diego’s Giovani Santillan will look to improve to 30-0 in an ESPN televised welterweight bout against Julio Luna at Pechanga Arena.

This will be Santillan’s second ESPN fight and another opportunity to show sports fans around the world what he’s all about.

“You really can’t beat this exposure,” Santillan said. “There are a lot of people watching and even if they’re not necessarily boxing fans, they can catch a fight and say, ‘Hey, that’s great.’

◆ Speaking of good business, Tyson Fury recently jumped on Instagram, where he offered to fight Anthony Joshua for free. It’s free TV and free tickets for fans. That’s it for retirement. Either way, Joshua has a rematch to try to regain the WBO, WBA and IBF titles against Oleksandr Usyk on August 20 in Saudi Arabia and it would be wise to focus on that first.

◆ The match that many are looking forward to and would have no problem paying for, might actually take the leap. Representatives for Errol Spence Jr. and Terence Crawford have reportedly been in talks about a potential fight in November for the undisputed welterweight title. It’s always special to have a match between premium fighters who can reasonably claim “best pound for pound” status, so this one has to happen.

◆ Canelo Alvarez’s surprising loss to Dmitry Bivol in May didn’t do him much harm in the betting markets ahead of his third fight against Gennadiy Golovkin on Sept. 17 in Las Vegas. Alvarez (1-0-1 over Golovkin) continues to be listed as a healthy favorite — minus-450 to minus-500 by most books. Meanwhile, a potential clash with Bivol may have to wait a while – he’s not expected to fight again until October or November.

Carter is a freelance writer.