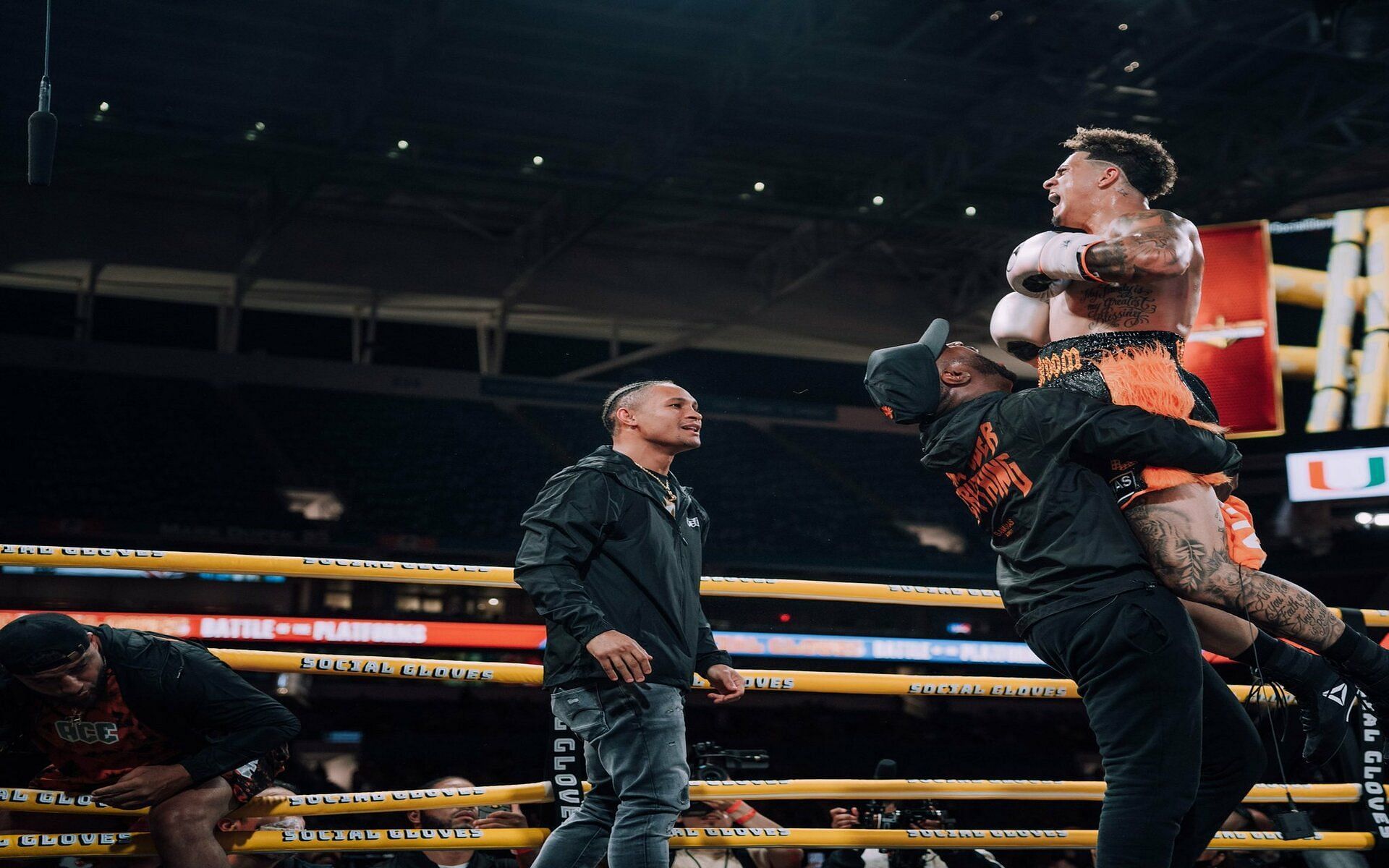 Austin McBroom has shared why he thinks his second boxing event in July will be better than his first.

McBroom promoted his first boxing event last July with himself in the main event against Bryce Hall. The YouTuber picked up the victory by knockout in the third round, but that’s where the success ended. Following the event, McBroom and his company Social Gloves were sued.

They apparently did not pay the contestants who fought in the event on time. Other figures involved in the event, such as ring commentator Keemstar, later said that they too had not been paid for their involvement with the card.

Almost a year later, it seems the controversy with the first Social Gloves event has died down, and McBroom is ready to try again. He will be in the main event again, this time facing AnEsonGib. Ahead of their second outing, he swore this event will be different.

In an interview with TMZ Sports, McBroom explained how their second event will be different from the first.

“This time we are working with people who have been doing this for a while. We have a new team, a new streaming partner, everything is new. Guys who really have experience and I have been very blessed and lucky to get another shot at that.”

“Everything in the past is behind us. No trials, fighters get paid and we’re ready to do this thing the right way and show how it was meant to be done the first time around.”

YouTuber and boxer Austin McBroom told TMZ Sports Pro Bowl running back Le’Veon Bell and a former Lakers star were included on the fight card for his July event. tmz.com/2022/06/07/aus…

YouTuber and boxer Austin McBroom told TMZ Sports Pro Bowl running back Le’Veon Bell and a former Lakers star were included on the fight card for his July event. tmz.com/2022/06/07/aus…

As Austin McBroom looks to have a good second event, he is also looking to secure his second win in the boxing ring.

The former basketball player is paired with KSI’s sparring partner AnEsonGib. The Brit fought in the first Social Gloves event, earning a decisive victory over Tayler Holder. He is also known for his first-round TKO loss to Jake Paul in January 2020.

An interesting wrinkle in the match is that the headliner will be a professional contest. McBroom’s fight with Bryce Hall in July 2021 was an amateur outing, as was Gib’s fight with Holder. The Briton’s only professional boxing match was his fight with ‘The Problem Child’.

For now, the fight between McBroom and Gib is the only fight announced for the event. Former NFL player Le’Veon Bell will also fight on the undercard against an opponent to be named.