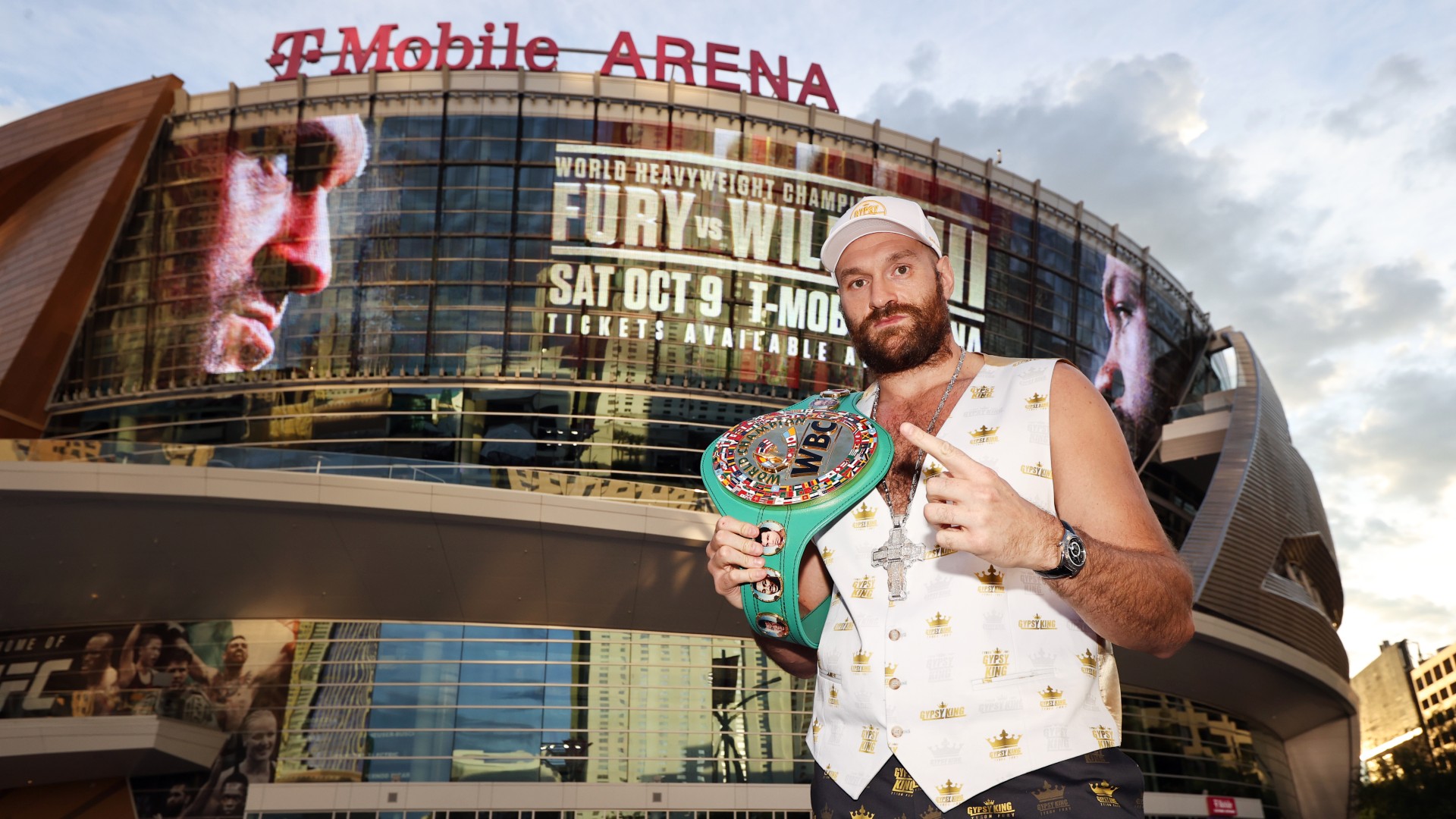 Deontay Wilder will meet Tyson Fury for the third time on Saturday, October 9 in Las Vegas.

During the big arrivals on Tuesday, Fury spoke to the media and offered an interesting perspective on a number of high-profile topics related to his clash with Wilder.

We’ve rounded up some of Fury’s best quotes on fighting.

On the possibility that Wilder improved:

“No matter what Deontay Wilder does, I’m always going to knock him out.”

On Wilder not accepting defeat in the last fight:

“It just shows you that I live in Wilder’s mind for free all the time, two years. Every time he looks at himself in the mirror, he sees Tyson Fury. Whenever he goes to bed before closing his eyes at night, he sees the Gypsy King. And whatever he wakes up and thinks about in the morning, he thinks about Tyson Fury … It must be crazy to be obsessed with a man like me.

MORE: Tyson Fury confident he will ‘smash Deontay Wilder to pieces’, unsure in next fight

On his preparation before the fight:

“I can’t say with the Gypsy King. I am magical, I am like Houdini.

Regarding Round 20 of their fight:

On Wilder as a person:

“I really hope he’s improved because I’m here for a fight and I want a challenge. I haven’t come all over America and I haven’t been beaten for 13 years for no challenge… I hope he’s 50/60 percent better than the year before because I know I got better. I don’t need to get better because there is an old saying if it ain’t broke don’t fix it.