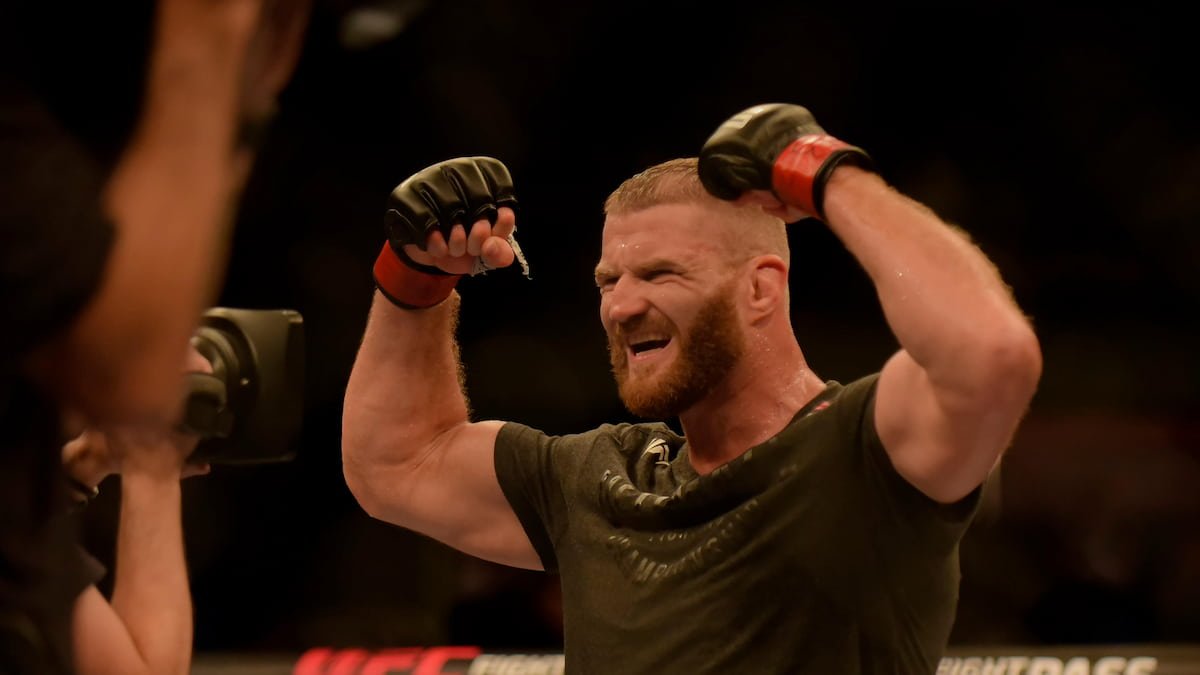 It’s been over seven years since Glover Teixeira last fought for the UFC light heavyweight title, but here we are!

The Brazilian fighter signed with the UFC in 2012 and led a five-game winning streak in the UFC in his first title fight with Jon Jones in 2014. However, he was defeated by a unanimous decision.

He’s spent the past seven years moving up the rankings and, after a submission victory over Thiago Santos last November (his fifth straight win), he finds himself in a UFC main event once again. fight for the light heavyweight championship.

But it won’t be easy. Jan Blachowicz is the first light heavyweight champion not named Jon Jones or Daniel Cormier since 2011. He beat Dominick Reyes to win the title – a man many believed to have beaten Jon Jones.

The two oldest fighters on the main map, Blachowicz and Teixeira stand equal at 6-foot-2, but it’s the champion who will have a two-inch reach advantage.

Blachowicz holds a black belt in Brazilian jiu-jitsu and has the infamous knockout power in his right hand.

However, Teixeira has a second degree black belt in Brazilian jiu-jitsu as well as a black belt in kajukenbo. He is ranked number one in the UFC light heavyweight division behind the champion.

In what is a very rare moment, two fighters coming out of a defeat will go head to head for a UFC championship.

Originally slated to be a rematch between champion Aljamain Sterling and Petr Yan, Cory Sandhagen was called in to replace Sterling after retiring from the fight, citing that his injuries needed more time to recover.

Sandhagen is coming off a split decision loss to TJ Dillashaw. The two met last July in what was Dillashaw’s first fight after a two-year suspension. However, Dillashaw suffered a knee injury in the fight, explaining why he was not offered to replace Sterling.

Yan’s last fight was his disqualification loss to Sterling last March. Yan was disqualified for throwing a knee at Sterling’s head while he was down. Despite the strange circumstances, the title changed hands. Yan has been on a 10 game winning streak so far.

Both fighters are ranked in the top-3 of the division. Yan has a blue belt in Brazilian jiu-jitsu while Sandhagen has a brown belt.

Sandhagen will be four inches taller than his opponent and also have a three inch reach advantage.

Originally scheduled to face Rafael dos Anjos, Islam Makhachev found himself with a last-minute replacement opponent after dos Anjos was forced to withdraw from the fight due to injury. But who better to replace him than the exciting and favorite Dan Hooker.

Hooker was still in the United States after his victory over Nasrat Haqparast just a month ago at UFC 266. When the call was made for him to replace dos Anjos, he accepted the fight rather than come back. at home in Australia, which was strict. quarantine procedures in place.

The win over Haqparast ended a two-game losing streak for Hooker.

Makhachev, who is 9-1 in the UFC and has won his last seven fights in a row, has back-to-back wins over Drew Dober and, most recently, Thiago Moises.

A training partner and student of the Nurmagomedov family, Makhachev also works with the American Kickboxing Academy in California and holds an International Sports Masters in Combat Sambo. He is ranked fifth in the promotion lightweight.

Hooker is no slouch when it comes to his credentials in combat sports. He trains with the highly respected City Kickboxing gym as well as with Tiger Muay Thai. He holds a purple belt in Brazilian jiu-jitsu and is ranked just behind Makhachev in the lightweight division in sixth place.

The Aussie fighter will be two inches taller than Makhachev and have a range advantage of 4.5 inches in the fight. However, at +460 he is the biggest betting underdog on the main card.

A mainstay of the UFC since 2016, Marcin Tybura has enjoyed success in the heavyweight division of the promotion in the past, but not as much as he is now. The Polish fighter is currently on a five-game winning streak that has also seen him earn back-to-back performance bonuses in his last two fights – the two TKO wins over Greg Hardy and Walt Harris.

But Tybura faces perhaps his most experienced opponent to date in Alexander Volkov.

Despite coming out of a loss to interim heavyweight champion Cyril Gane, Volkov has had many important wins in the heavyweight division. His resume includes wins against Walt Harris and Greg Hardy, former title challenger Alistair Overeem and former champion Fabricio Werdum.

Both fighters enter this fight on the same schedule, each having finished last June. They both also have impressive wrestling credentials, with Tybura holding a black belt in Brazilian jiu-jitsu and Volkov holding a brown belt. The latter also holds a brown belt in karate.

The biggest story of this fight will likely be Volkov’s four-inch tall advantage. He will also have a two inch reach advantage over Tybura.

Tybura, ranked ninth in the heavyweight division, could climb into the top five with a victory over fifth-placed Alexander Volkov on Saturday.

The most exciting fighter of 2020, Khamzat Chimaev, returns to battle after being sidelined for most of 2021 due to lingering effects following his recovery from COVID-19.

Chimaev made his UFC debut last July and rose to fame for his willingness to fight. He fought for promotion twice in ten days and three times in two months in total. He won all three fights in less than three rounds and received the night performance bonuses for all three contests.

Ranked 11th in the UFC welterweight division, Li Jingliang recently earned a three-game winning streak against Neil Magny in March 2020. However, he bounced back in a big way, knocking out Santiago Ponzinibbio in the first round of their fight last January. The knockout earned him a performance bonus.

Jingliang enters this contest as the oldest and most experienced fighter while Chimaev will have the physical advantages, measuring two inches taller and enjoying a three inch reach advantage.

Although he has not fought in over a year and suffers from lung problems during his recovery, Chimaev is still the second favorite on the main card at -590.

Swiss fighter Volkan Oezdemir led a three-game winning streak in the UFC (and a streak of five consecutive fights in total) in a title fight against then-champion Daniel Cormier in 2018. However, Oezdemir would lose the fight as well as his next two fights against Anthony Smith and Dominick Reyes.

He rebounded with back-to-back wins, but that winning streak was interrupted by Jiri Prochazka in his last fight in July 2020. He hasn’t fought since, having suffered a knee injury afterward.

Oezdemir, best known for his strikes, has an unbeaten 5-0 record in professional kickboxing.

These two fighters have an equal reach of 75 inches but it will be Magomed Ankalaev who will be taller than his opponent by two inches.

Bet on the UFC here!

How to watch UFC 267: Blachowicz vs. Teixeira