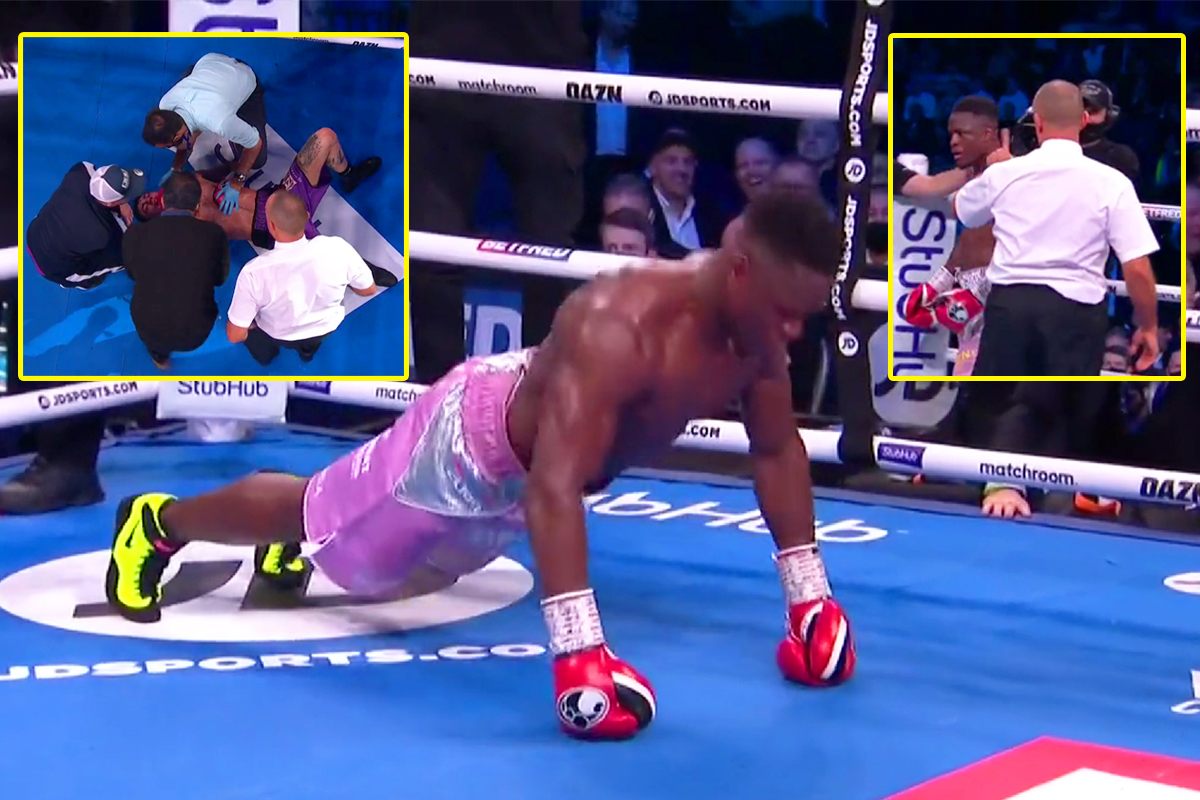 Kevin Lele Sadjo was thrilled with his European super middleweight title win when he stopped Jack Cullen on Saturday night in Manchester.

However, the undefeated Frenchman sparked controversy with his in-ring celebrations in the aftermath of Joseph Parker’s undercard win over Derek Chisora.

Cullen started the fight well and was causing problems for Sadjo with his improved boxing skills in the first five rounds.

In the sixth however, everything fell apart for the Briton.

Sadjo landed a big left hook on the body that knocked Cullen down.

He bravely got back to his feet, but couldn’t continue and collapsed onto the canvas as the referee interrupted the fight.

Cullen was lying on his back while medics tended to him after being knocked out.

Meanwhile, Sadjo jumped around the ring to celebrate.

The crowd began to boo, but the Frenchman was not disturbed.

He started doing push-ups in the ring to prove that he still had a lot more energy in him.

At this point the referee stepped in, told him to go and sent him back to his corner.