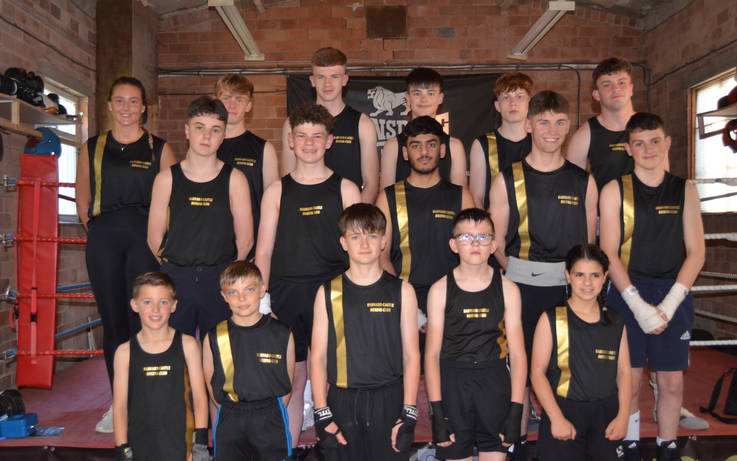 Boxing
BARNARD Castle Amateur Boxing Club ends the season in style with a training trip to Spain.
Some of the club’s 40 members will travel to Totana this week for a training camp.
It is the first time since the Covid pandemic that the training week has been held in the Region of Murcia and this year the two coaches, Craig Harrison and Richard Jackson, will accompany the members.
Mr Harrison said: “It’s been a while since we’ve been and we have a small group going to Spain to train.”
The club is getting better and better with more and more young people getting into the sport and up to 20 boxers competing.
Most recently, Daniel Jackson clinched gold at an interclub event in Hull with a victory over a game opponent from Bradford. Earlier in the month, Daniel missed out on a place in the final of a three-day Haringey competition at Alexandra Palace, London, after a semi-final loss.
Meanwhile, at the same event, teenager George Peacock advanced to the final in his category by defeating a Las Vegas-based boxer ranked fifth in the United States.
Mr Harrison said: “George did well to beat the USA guy, but he lost in the final on a split decision. We thought he had done enough, but it was close.
“Overall it was a successful end to the season for our small club.”
Five young boxers made their competitive debuts this season – Isma’il Sharif, 18, Tom Pringle, 14, Jason Chamberlain, 14, Harley Wilkinson, 11 and Toby Smith, 14.
Mr Harrison added: “Next season we will be looking to get them more fights and we also have some youngsters making their debuts.
“We’re not doing too badly for a small club in a rural town.
“We have to say a big thank you to my partner Julie and Richard’s partner Faye. They do a lot behind the scenes when we’re busy.
“We also have to thank Michael Peacock who has been supporting us and helping to make things work.”
The club hold training sessions on Monday, Wednesday and Friday evenings, which cost £3 per session.
Juniors train between 6 and 7 p.m. and seniors between 7 and 8 p.m.
Anyone interested in learning more about the Barnard Castle Amateur Boxing Club or wanting to learn how to box can get in touch via their social media channels at www.facebook.com/Barnard-Castle-Amateur-Boxing-Club.