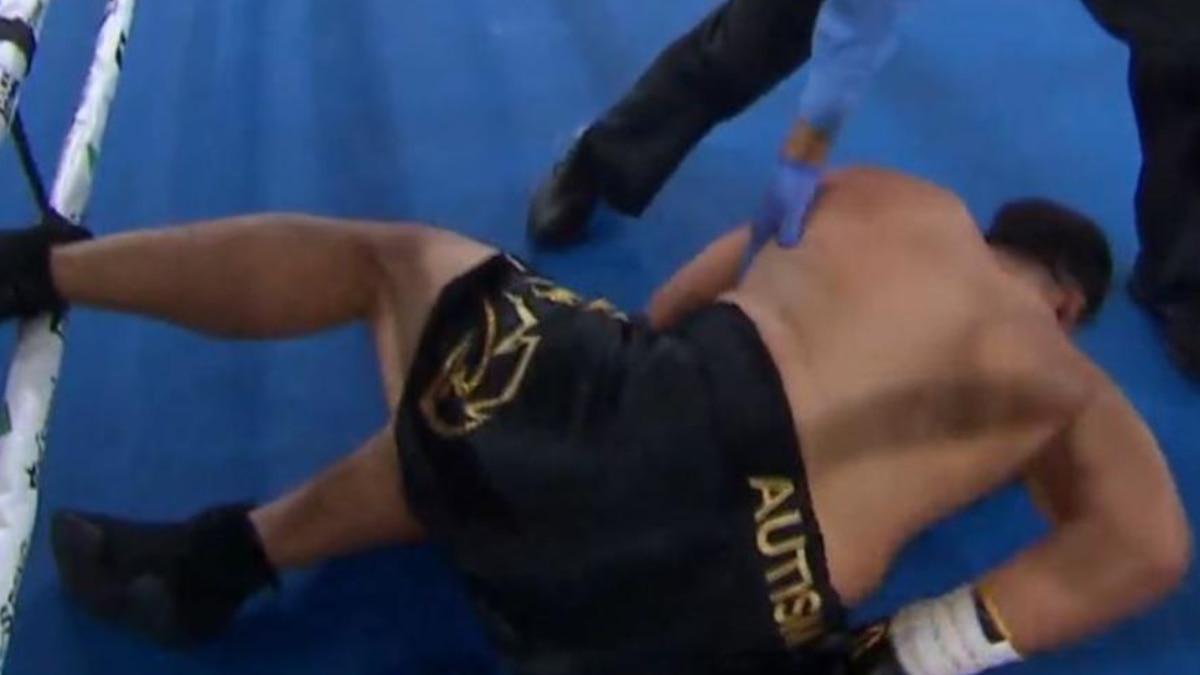 Junior Fa was left on the ground by Lucas Browne.

New Zealand heavyweight boxer Junior Fa was stunned as he returned to the ring, knocked out in the first round by 43-year-old Lucas Browne at Marvel Stadium in Australia.

Browne, who lost to Paul Gallen last year, was seen by many as a depleted force, and Fa was a heavy favorite to win his first fight since losing to Joseph Parker 16 months ago.

The bookmakers had Browne as big as an underdog at $14-1 to beat Fa, but he made everyone look like an idiot – Fa mostly.

Fa barely started, as Browne knocked him down early, Fa looking shaky on his legs as Browne motioned for the referee to call the fight.

Fa was allowed to get up, but Browne was looking for the knockout and landed a right hand to Fa’s ear, leaving the 32-year-old on the canvas after just 118 seconds.

There was disbelief that the referee allowed Fa to continue after the initial knockdown.

“Extraordinary scenes, I can’t believe it. One right hand and it’s over,” said former Australian boxer Barry Michael, who had wondered if Browne was too old.

“I didn’t expect that, to be honest. Wow, that was amazing.”

“Are we still too old? Browne asked, yelling directly at Michael from the ring.

“He came to criticize me because I thought he should retire, but he proved me wrong,” Michael said.

“I just thought that was a tough question. But the last thing that goes with any boxer is his power and he has power.”

Fa now faces tough demands to once again become a credible force in the boxing world, with his record now 19-2 and his reputation having taken a serious hit.

Earlier in the card, Kiwi heavyweight Hemi Aiho moved to 19-0 after beating Christian Tsoye via TKO. Tsoye hurt his elbow in the first round and couldn’t continue.