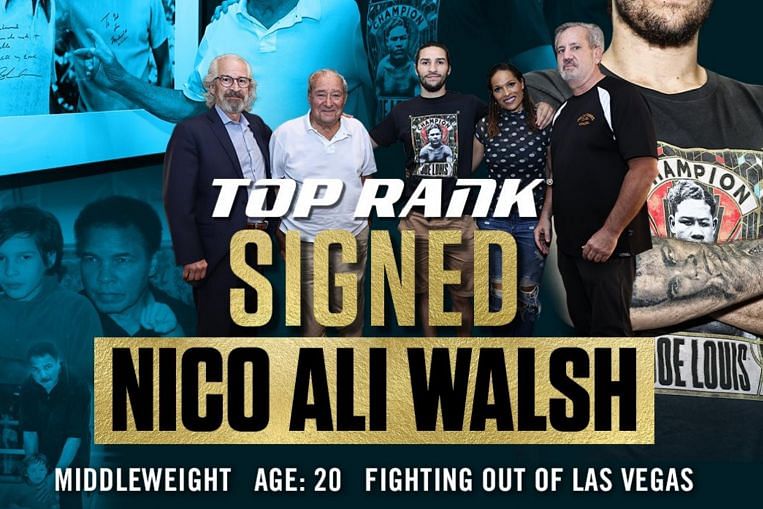 â€œSigning with Top Rank is a dream come true,â€ Ali Walsh said of the multi-fight deal. “I am honored to continue the fighting legacy my grandfather started. It is a responsibility I do not take lightly.”

He said he would juggle classes and be a professional boxer as he worked to graduate next spring from the University of Nevada in Las Vegas.

The signing brings the career of Arum, 89, which began when he promoted his first fight to Ali in 1966, to come full circle.

â€œIt’s amazing,â€ Arum said. “Who would have thought that so many years later we would be promoting her grandson’s professional debut?”

In all, he promoted 27 of the late Ali fights, including the epic “Thrilla in Manila” fight against Joe Frazier and the rubber match against Ken Norton at Yankee Stadium.

â€œNico’s grandfather was a pretty good fighter,â€ Arum joked. “I hope Nico emulates his success. He is a young man of great character, which one would expect from Muhammad Ali’s grandson.”