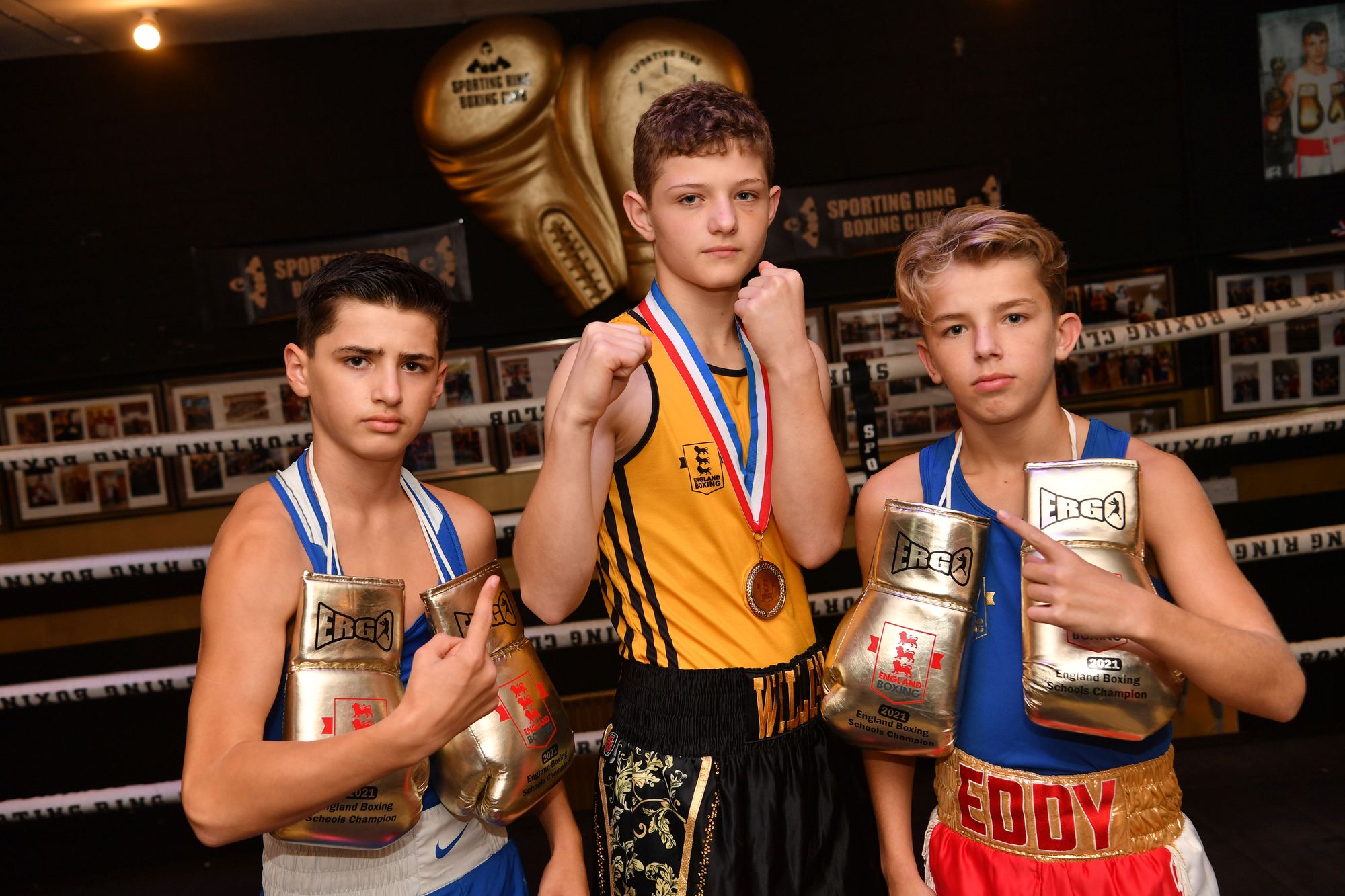 Earning an academic title was the first in a long line of boxers including Duke McKenzie, Herol Graham, Naseem Hamed and Billy Joe Saunders.

On the day of the semi-final, the first for the Sporting Ring was William Loveridge, 12, in the 56kg class, who met Billingham Boxing’s Sonny Hollingsworth, easily qualifying for the final with a unanimous decision.

Next, 13-year-old Noah Barney-Smith in the 43kg class took on Sunderland ABC’s Blake Sherrington and advanced to the final with another unanimous decision.

In the 40kg category, 12-year-old Eddy Doherty beat Jayden Louis (Harrow and District ABC) to secure his place in the final.

Day one looked good for the Camberley, Surrey club as 13-year-old Tony Jack Collins in the 44.5kg class came forward to face Rosehill ABC star Tommy Boylan despite outstanding performance and some skillful skills, the most experienced boxer. won the day and Jack Collins lost in the semifinals.

In the first final, Loveridge continued where he left off and showed skills beyond his years to beat Great Wyrley’s Alfie Till, when the referee stopped the fight in the third round.

Barney-Smith exuded confidence as he stepped into the ring, a confidence that was well-founded as he headed for victory over Birkenhead Venture’s Connall Farrell with a unanimous decision.

Jamie Smith, 13 from Sporting Ring, with a pass to the final in the under 65 kg category, showed immense heart and good boxing skills against Rocco Pulling of the Track Fitness Boxing Club of East Yorkshire , but ultimately had to settle for second place.

With little time between fights, coaches prepared Doherty for the final fight with Ashden Dwyer of the Accrington Lions, seeking to make it a hat-trick of national titles and seal the most successful championship in the 26-year history of the Sporting Ring.

Doherty set the pace and controlled the ring with great movement, defense and a counter punch, ultimately beating his opponent by a unanimous decision.

Get all the latest news, updates, things to do and more from your local InYourArea feed.