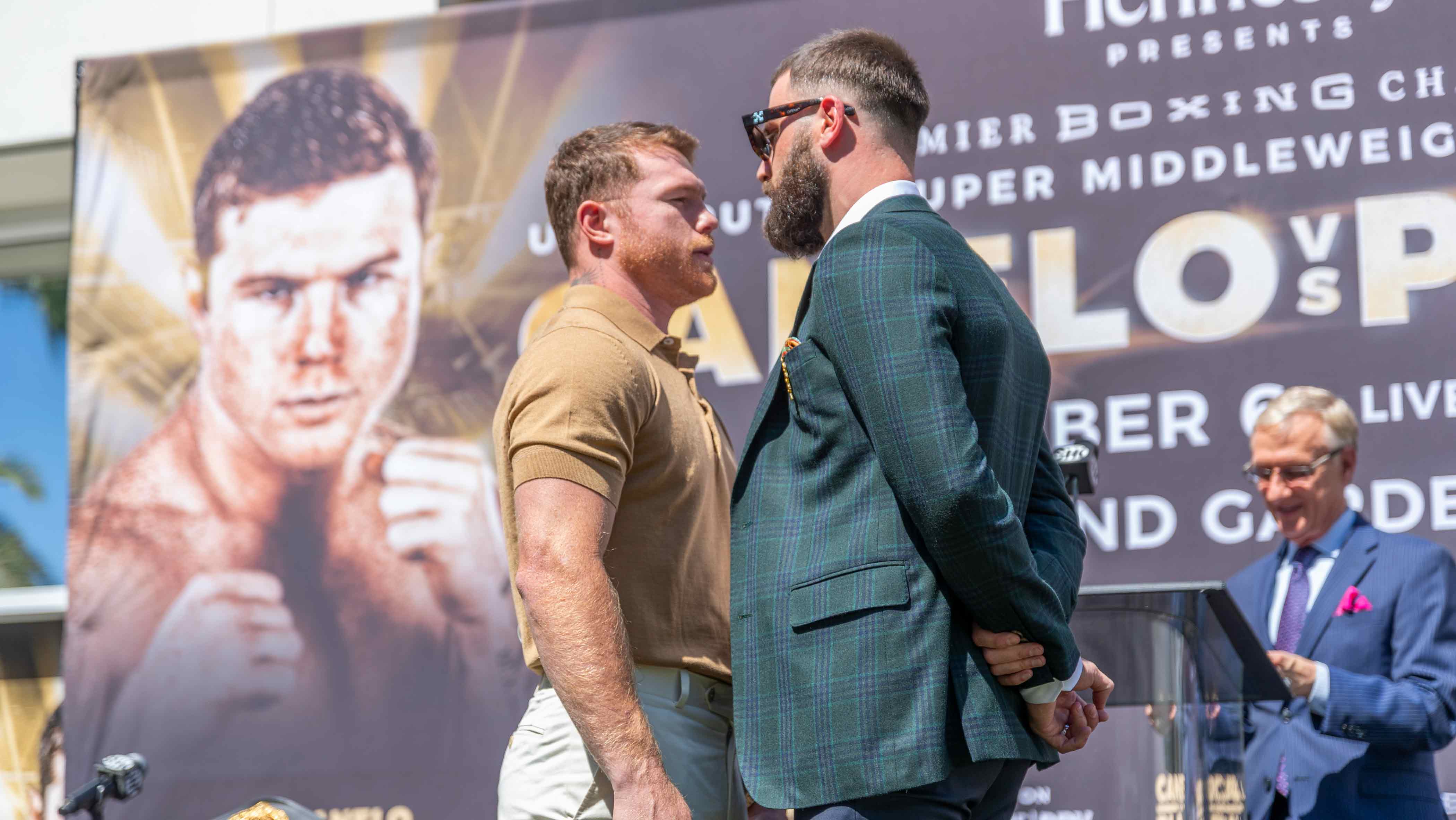 The bad blood between two of the world’s best means a night of classic action when Canelo Álvarez and Caleb Plant meet for the undisputed super middleweight crown on Saturday night on SHOWTIME pay-per-view.

Canelo Álvarez focuses on the legacy and, in particular, the recognition of the greatest boxer in the history of Mexican boxing.

Some would say he has already achieved that goal with world titles in super-welterweight, middleweight, super-middleweight and light heavyweight, as well as wins over names such as Miguel Cotto, Shane Mosley, Erislandy. Lara, Gennadiy Golovkin, Daniel Jacobs, Sergey Kovalev, and Billy Joe Saunders.

Becoming the first to truly unify the super middleweight division would be another achievement in the 31-year-old mega-star’s career.

The fact that this fight with Plant has turned personal, with legitimate bad blood shaping the narrative – as evidenced by their physical altercation during the promotion’s first face-to-face presser – is just one more piece of the mix.

Caleb Plant has risen to the top of his profession despite a myriad of obstacles and potential setbacks placed in front of him.

Growing up in extreme poverty in his hometown of Nashville, Tennessee, Plant worked his way to a successful amateur career and then recognition as the best young professional in the game.

In 2015, Plant’s 19-month-old daughter Alia, who suffered from a rare disease, passed away. For the most part, the tragic loss would have destroyed their focus and derailed a burgeoning career. In Plant, however, the tragedy fueled his determination and inspired him to win his first world champion’s belt.

But even after beating Jose Uzcategui for the IBF World Title in 2019, hard times were not behind him. Her mother, Beth, is said to be gunned down in an altercation with police just two months after the victory.

Plant has persevered through hardships and obstacles to achieve this opportunity of a lifetime and is one step away from achieving a level of success no one but him imagined possible.

The winner of this high-stakes battle will have the distinction of being the sport’s first-ever fully unified four-belt super middleweight champion.

For Álvarez, this would be yet another defining achievement in his quest for legendary status.

For Plant, a victory not only brings next level celebrity, it represents the ultimate reward after a life of hardship and hard work.

Sporting an almost superhuman work ethic and a thirst for achievement, lvarez has grown into one of the most complete fighters in the game.

The Guadalajara native uses a controlled forward walk while simultaneously parrying punches with his gloves and using smart head movements. The combination of well-honed aggression and a tight, suffocating defense makes him an opponent’s nightmare, one who discourages opposition and gradually shatters them, mentally and physically, with squeezes and dull blows. head and body.

To make matters worse for his opponents, Álvarez is a brutally skilled finisher who is patient in dealing damage and ultimately shutting down the show.

Plant is a boxer by nature with fast hands, good reflexes and a high IQ. He mixes his shots to the head and body well and throws fluid, fast and precise combinations, most often set up by a sharp jab. Always in control and keen to maintain an appropriate distance, Plant uses angles and timing to keep opposition perpetually shifted and react rather than act.

The fact that he hasn’t lost a round on the judges’ scoreboards since his title effort in January 2019 is a testament to his effectiveness as a fighter.

In defense, the 29-year-old has keen reflexes and intuitive timing with good head movement and a knack for getting out of trouble.

“I’m always ready. I can’t wait. I feel strong and fast. With all this talk it got personal. He crossed a line. But I have to stay focused because it’s a very important fight. for me. I hope he has a good chin because he’s going to need it. “

“There were guys who lost before the bell even rang against Canelo. I think that’s why he’s so mad at me. Some guys just walked in and are there to put their belts back on, take their check, and go. Anyone who knows me knows that I’m only here for these belts.

Álvarez will enter this fight as a betting favorite, and there are good reasons for that. The Mexican’s work runs much deeper than Plant’s and he has earned his place atop the pound-for-pound boxing rankings.

But none of this necessarily negates the outsider’s ability to do certain things against him and possibly cause upheaval.

Anything Plant does well is something that historically has offset Álvarez’s strengths. When Canelo has struggled, it’s usually because of movement, angles, timing, hand speed, outside play, or just general cunning of an opponent. Plant ticks all of these boxes while bringing strength of character, self-confidence and a gigantic chip on his shoulder to the contest.

That said, Álvarez is still Álvarez. His skill and tenacity, tempered by maturity and patience, make him the formidable enemy that he is, the one who delights in nibbling the will and resolution of the top-of-the-range opposition.

Canelo will push to break Plant on Saturday night while Plant will do what he does best to undo and separate Canelo. The bad blood between the two will add an extra degree of intrigue.

Canelo vs Plant is a true thriller with an in-game story, four belts up for grabs and a “it’s personal” vibe that animates everything.

For a closer look at Canelo vs Plant, check out our Fight Night page.