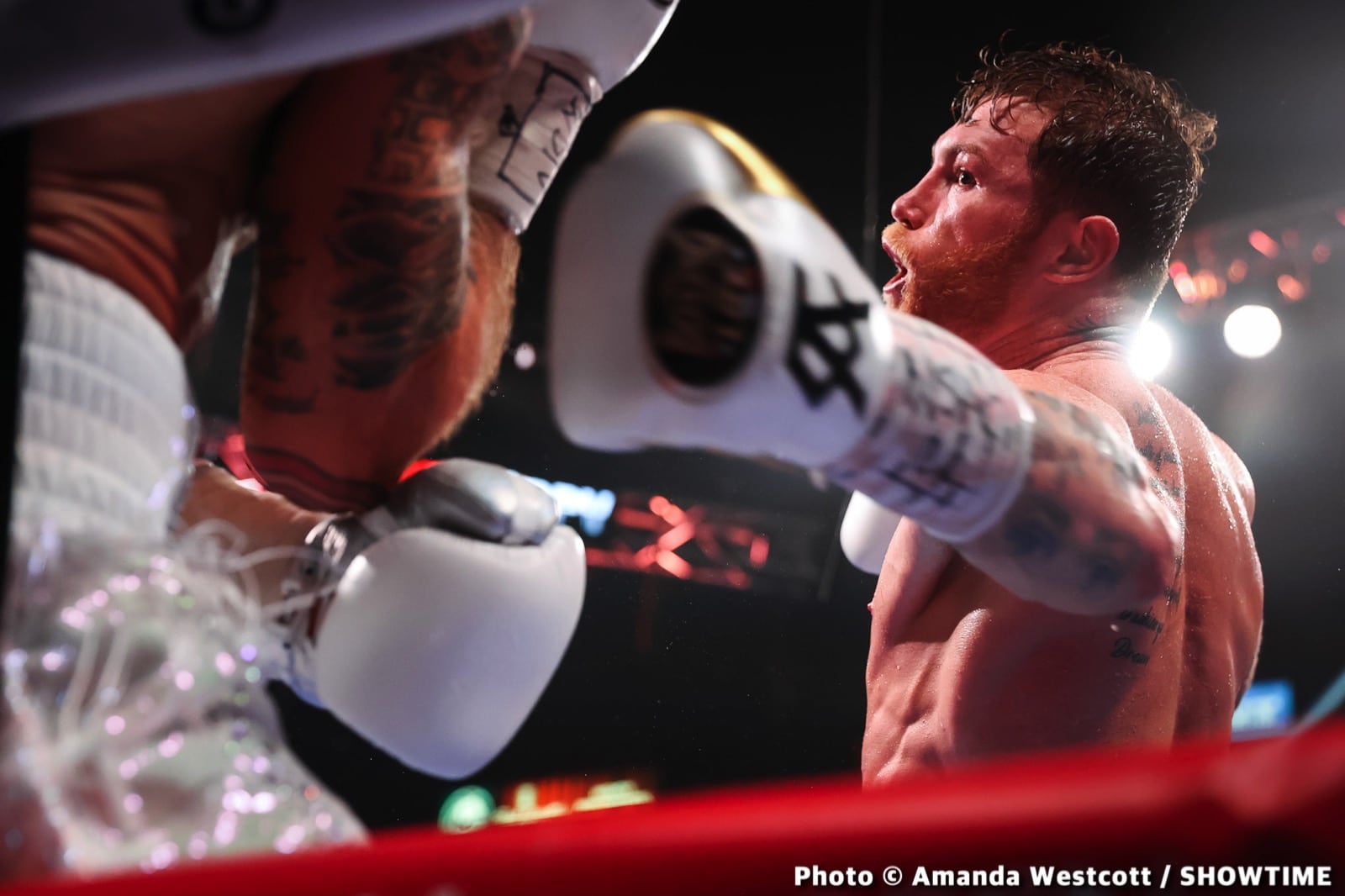 Canelo Alvarez and Jermall Charlo are reportedly in talks for a May 7 fight. It will be a huge fight set to come at 168, with the undisputed champion Canelo (57-1-2, 39 KOs) defending his four super middleweight titles against the bigger and bigger twin Charlo (32-0, 22 KOs). stronger.

ESPN’s Mike Coppinger reports the news of talks for a fight between WBC middleweight champion Charlo and Canelo. The discussion of the Canelo vs Jermall Charlo fight has lit social media with great interest in this fight as it promises to be action-packed from start to finish.

When connected, Charlo is one of the best fighters in boxing. Of course, on the other hand, when Charlo is demotivated, as we saw in his last match against Juan Macias Montiel, he struggled a bit.

Still, Charlo makes his fights exciting and dramatic due to his power, lack of defense, and willingness to go to war.

“I hear he’s much more likely to fight Jermall Charlo on Cinco de Mayo. There are talks right now for this fight, ”Mike Coppinger told ESPN.

Canelo fighting Charlo would be a huge fight. It would attract a lot of interest from fans around the world, as it would be Alvarez’s first convincing fight since his controversial victory over Gennady Golovkin in 2018.

Since that fight, Canelo has faced some very imperfect champions at 168 and 175, seemingly moving away from the opposition fans wanted him to face.

Although Canelo has beaten five world champions since 2018, none have been considered good. In other words, they were all paper champions who had won their titles fighting fringe opposition.

Mexican star Canelo, 31, spoke of going cruiserweight to challenge WBC champion Ilunga Makabu on May 7 on Cinco de Mayo. Yet he seems to have changed his mind.

Perhaps the combination of the huge backlash Canelo took from boxing fans and the fact that the WBC cruiserweight champion is still linked with a fight against his mandatory Thabiso Mchunu on January 29 was enough to point it in another direction.

If Canelo chooses to fight Jermall, you have to give him HUGE respect for taking that risk and giving the boxing public an exciting fight.

Charlo is said to be able to withdraw from the Canelo fight, as he allegedly asked $ 15 million. That’s a little more money than Canelo’s former opponents Daniel Jacobs and Sergey Kovalev got in the fights against him, but not by much more.

Canelo would probably need to fight Charlo on Showtime PPV, since he’s with Premier Boxing Champions, and he fights on that network. That shouldn’t be a hindrance, as Canelo fought former IBF super middleweight champion Caleb Plant on Showtime PPV in his last fight.