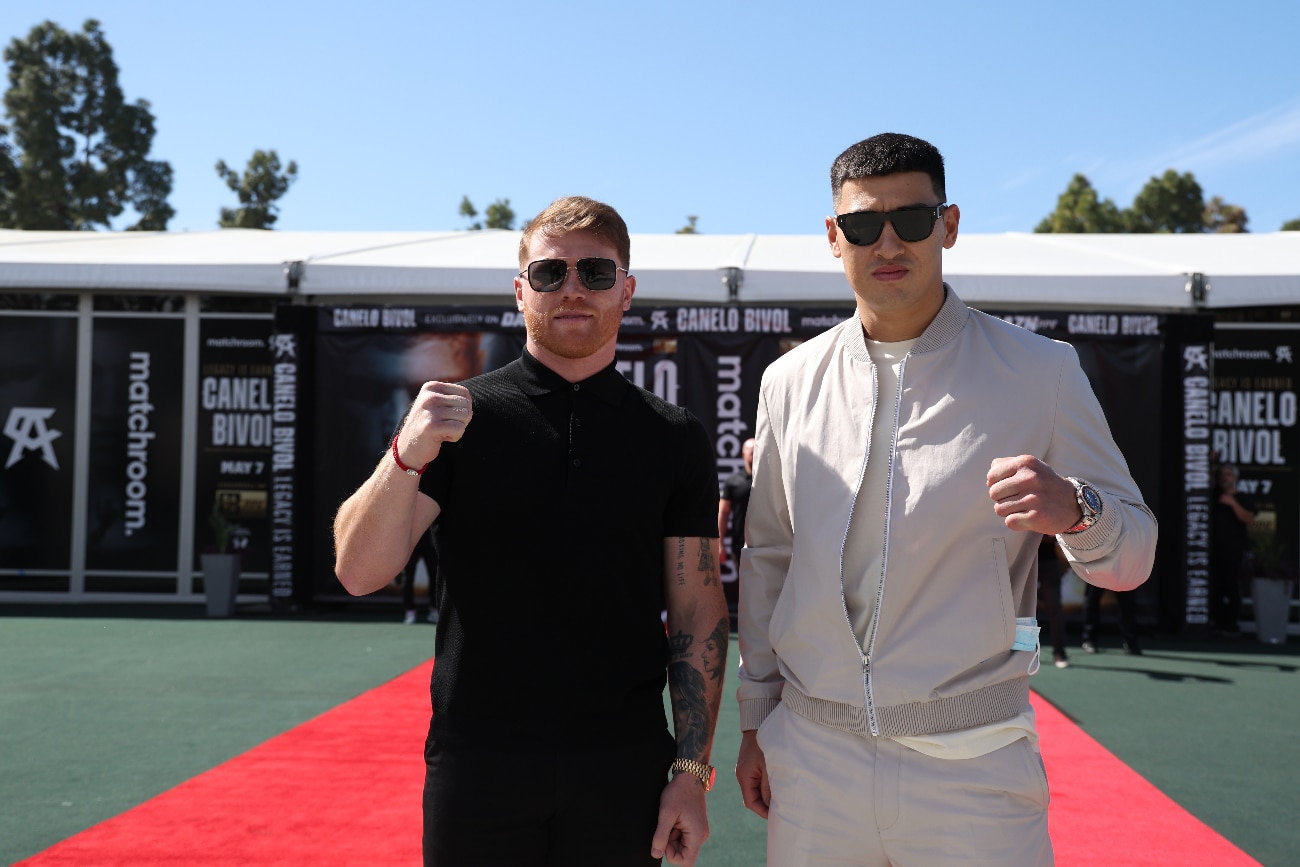 By Mohammad Horomtallah: A week after the Russian invasion of Ukraine, the international community reacted strongly. Sanctions keep piling up and a total boycott of anything coming from or related to Russia is on the menu.

From the financial world to the high-tech giants, ties with the country are severed.

It was in this context that DAZN and Matchroom just made the mistake of going ahead and formalizing the Canelo vs. Bivol fight at a press conference held in San Diego earlier today.

What the streaming app failed to realize is the fact that they won’t be allowed to stage the fight unless they’re prepared to face a major boycott and huge loss in terms of income.

Keep in mind that hot off the heels of paying off billions in debt, DAZN’s primary market is Europe, and subscribers in that region won’t tolerate a company making money from anything is remotely related to Russia.

For those who might not have been paying attention to what is happening abroad in the field of sport, here is a reminder of the latest developments:

On top of that, different teams from different sports refuse to compete in Russia or against Russian teams or athletes. The Klitschkos demand that no Russian athlete be allowed to compete.

DAZN and Hearn making the fight official in the midst of this global boycott call is not a smart move. They just shot themselves in the foot and will retract very soon. They will not risk damaging the DAZN brand worldwide. Too much money at stake.

What will happen is an apology and the cancellation of the fight. Canelo will eventually face Golovkin after pulling out of the Morata fight to secure his salary against the Mexican superstar.

For those wondering if Canelo will eventually go the PBC route, the answer is no. He’s not ready for Benavidez or even Charlo yet as they both can bring the fight to him and have the power to hurt him unlike Bivol who is a good technician but doesn’t have the power to bother Alvarez.

After the Golovkin fight, Canelo will likely go for the vacant belts of Bivol and Beterbiev and go undisputed at 175 like he did in the 168 division as soon as Benavidez lost his WBC belt on the scale.