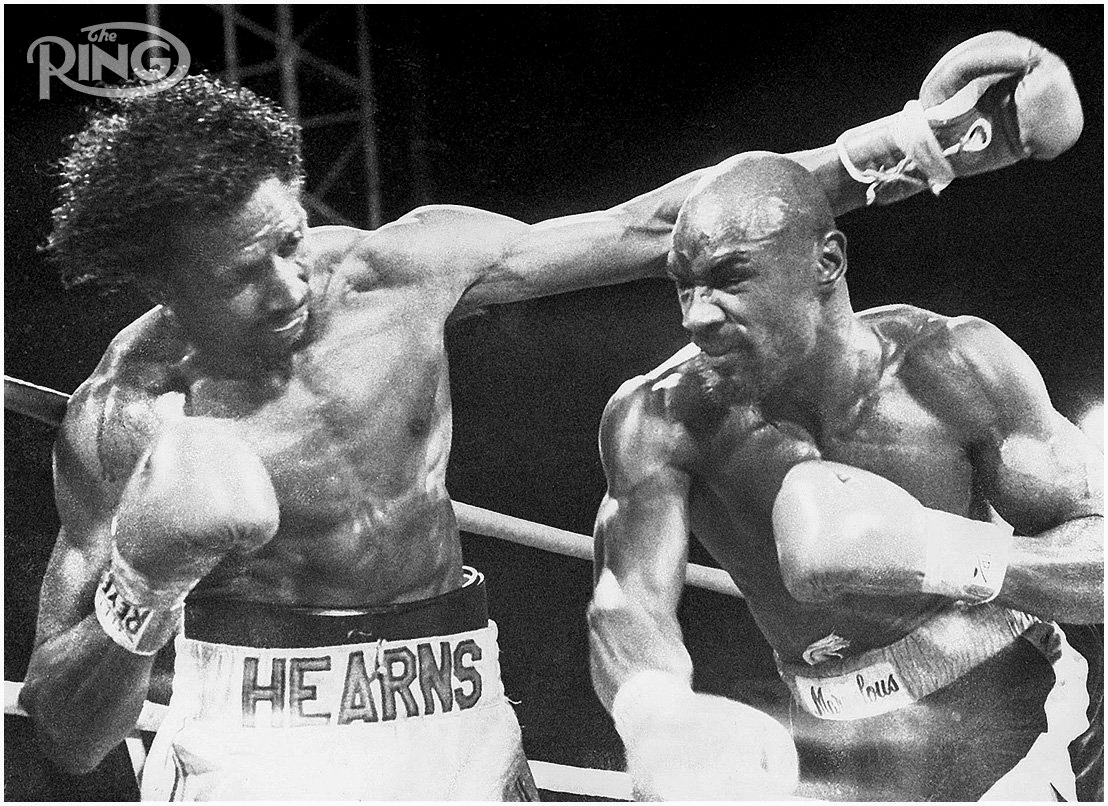 Championship Rounds, Round 2 is an anthology of boxing articles written by award-winning columnist and International Boxing Hall of Famer (Class of 2020) Bernard Fernandez, drawn from his decades of work at the Philadelphia Daily News and as a contributor to The Ring , RingTV.com and other media. An eclectic collection of stories, the book is a must read for boxing fans, or anyone who appreciates great writing. Fernandez’s prose is all muscle, no fat; his understated yet elegant style reflects the subjects he writes about, that is, form matches function.

2nd round opens with a fascinating piece as thrilling as the first round of Hagler-Hearns. Two aging and battered fighters, Aaron Pryor and Jerry Quarry, are trying to get boxing licenses in Wisconsin, the only state that could approve their offers to fight again. Pryor, 34, has a detached retina as soft as the strings of “Rumble in the Jungle.” Quarry, 45, has damaged everything including his mind due to CTE. The decision to allow their respective fights hinges on progressive Wisconsin law that guarantees equal access for people with disabilities.

The story lays out the issues that will determine whether impaired boxers, well beyond their prime, will be allowed to fight. The Pryor/Quarry saga sets high expectations for the 45 entries that follow, and the author lives up to those expectations with flying colors. (Note: Pryor was cleared to fight in Wisconsin and he knocked out a can of tomatoes named Daryl Jones. Quarry’s license application was denied and he died eight years later.)

The rest of the anthology follows suit. Fernandez steps back into boxing history and gives thrilling tales of such notable champions as Floyd Patterson, Joe Frazier, Mike Tyson, Joey Giardello and one of my favorites, Emile Griffith. (Note: My dad and I watched Griffith pass Nino Benvenuti in their second fight, with Don Dunphy calling the action. My dad loved Griffith’s trainer, Gil Clancy, and we were shooting for Emile.)

There’s the heartfelt story of New Orleans fighter Joe “Old Bones” Brown, a champion, I’m embarrassed to say, who I never heard of until I read the book. “Old Bones” not only fought in the ring, but also in the Pacific during World War II, where he served in the Navy and participated in seven island invasions. Fernandez compares Brown’s style to that of Sugar Ray Robinson, but the story goes far beyond just boxing. It details the discrimination Brown faced in the Jim Crow South, where he was forced to fight over peanuts for much of his career on the so-called ‘Chitlin’ Circuit’, creating numerous roadblocks which he was forced to cross on his way. become lightweight champion. Although delayed, Brown made the most of his tenure at the top, setting a division record with 11 title defenses, a record that stood until the arrival of Roberto Duran. (Fernandez’s upbringing in New Orleans spills over to this one.)

Along the way, there are similar looks at a number of fighters familiar to the public such as Riddick Bowe, Tyson Fury, Earnie Shavers (the self-proclaimed toughest puncher in the game), Bobby Czyz, Oscar De La Hoya and even Eric “Butterbean” Esch, the “King of the Four-Rounders”. But the lineup also includes such prominent supporting figures as Angelo Dundee, ring announcer Jimmy Lennon Jr., coach/TV commentator Teddy Atlas and longtime Miami Herald sports columnist Edwin Pope.

The challenge of reviewing an anthology is to choose which stories to single out, those which are representative of the entire collection. This is particularly true of 2nd round, because each piece deserves its own praise. As a Boston native, I was particularly drawn to “Luck of the Non-Draw,” which appeared in The Ring’s August 2020 special Gatti-Ward issue.

Prior to the first Arturo Gatti-Micky Ward fight, the boxing world, for the most part, viewed “Irish” Micky as a companion, badass but not great. We in Boston viewed our neighbor in Lowell, Mass., quite differently. We saw him as a talented fighter who just needed an opportunity to prove he was more than that. Years passed and we began to wonder if Ward would ever get the chance to prove himself on a bigger stage.

Fate intervened in the first fight with Gatti at Connecticut’s Mohegan Sun Arena, which was televised by HBO. It was a 10-round war that was voted Fight of the Year by The Ring, with Ward winning a weak majority decision. Fernandez points out that if the fight had gone to a draw – which easily could have happened – Gatti’s manager likely would have passed on a rematch, but Ward’s win all but guaranteed a quick rematch, the second act of what’s to come. would turn more into a classic trilogy. Gatti won Part 2 as well as the finale, which was also named Fight of the Year by The Ring. All three fights went to the scorecards, but it was only by chance that the now classic rivalry expanded beyond the original fight.

Bernard Fernandez is a gift for the wonderful genre that is boxing writing. I highly recommend Championship Rounds, Round 2which can be bought through Amazon.com and other book outlets.

Tom MacDonald is an assistant professor at Boston College’s Woods College of Advancing Studies and author of the mystery novels Dermot Sparkhawk.