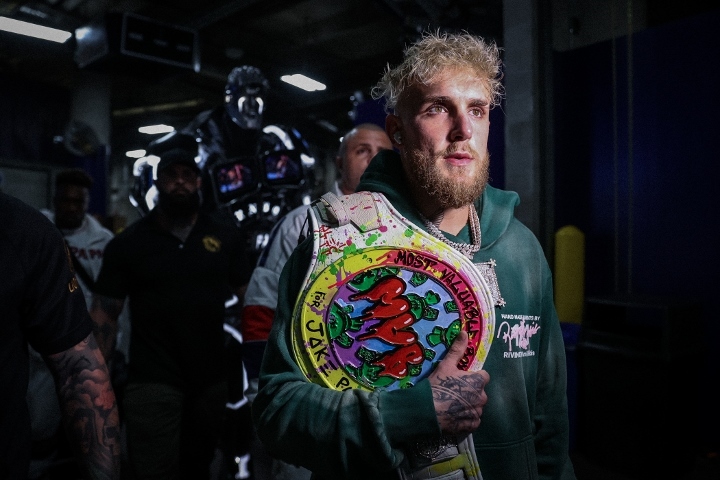 The feud between Claressa Shields and Jake Paul seems to be calming down.

In a recent interview with TMZ Sports, Shields praised Paul for doing great things for his fighter Amanda Serrano and women’s boxing as a whole.

“I wish [Jake] the best,” Shields says, continuing… “What he’s doing for Amanda is awesome. I think him getting involved in the fight with Katie Taylor is great for Amanda and Katie and it’s great for women’s boxing.

“I appreciate him for that and I just wish him the best in everything he does and just keep his fucking hands up, that’s all.”

Last year, Paul and Shields exchanged a lot of words on social media – with Paul ridiculing Shields following his loss in mixed martial arts. She was competing in her second MMA fight for the PFL.

“The only problem I have with Jake Paul is never disrespecting me. He tried to kick me when I was down and also going to a new sport,” said Shields.

“I lost a split decision. I didn’t submit, I didn’t knock out, I didn’t beat. It was a split and I’m also brand new to MMA and when it made that comment, calling me a loser and stuff, that’s what really made me want to fight him.”

The 26-year-old Shields will defend the WBA, WBC and IBF middleweight titles against 21-0-1 Ema Kozin on Feb. 5 in the UK.

“You know, she talks a lot. She says she’s not afraid of my reputation and I want her to know that the reputation is real. All the belts are real. All the gold medals are real. All the The girls I beat showed that I’m the best, it’s real. So when she comes in, I just hope she doesn’t think she’s just gonna try her best, she’s gonna win “, Shields said.