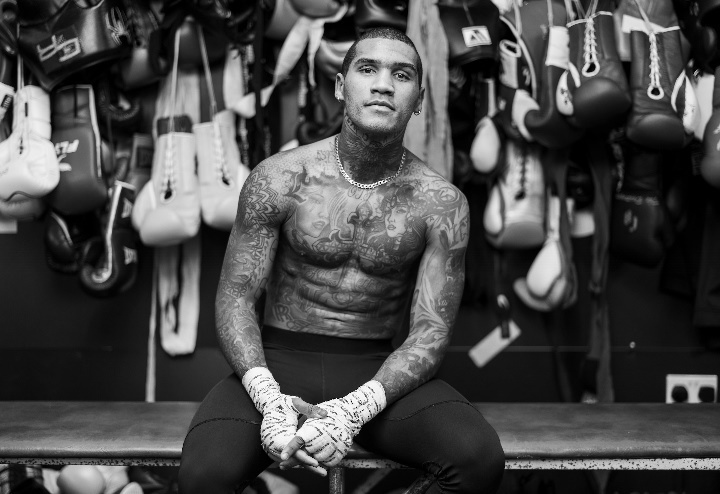 Conor Benn seems unconvinced that he will face compatriot Chris Eubank Jr. in the near future, but his final call for this fight includes what would be a major concession.

Benn, the 147-pound rising Englishman, recently suggested he would be open to fighting Eubank at the middleweight limit – 160 – Eubank’s natural weight class.

There have been many talks about the two Britons possibly fighting later this year, but those talks seemed to have cooled off considerably lately.

Anyway, pressed on the subject, Benn said he would have no problem meeting Eubank at 160.

Benn, however, noted that he doesn’t think Eubank has any interest in fighting him.

“I don’t think he’ll take this fight,” he said.

Benn is scheduled to fight on July 9 at the O2 Arena in London, but no opponent has yet been revealed. It was reported recently that Eddie Hearn spoke to Top Rank Inc. about the possibility of their client, former junior welterweight titlist Jose Ramirez, moving up to 147 and facing Benn on that date.

Benn, 25 (21-0, 14 KOs) emerged as a serious contender to become the face of British boxing last year due to his heavy hands, brash personality and lineage – he is the son of British boxing icon Nigel Benn. He got through a host of former suitors with relative ease, including Adrian Granados, Samuel Vargas and Chris Algieri. More recently, Benn starched Chris van Heerden in two rounds.

“I said, ‘Listen, me and you can make a lot of money in the future,'” Eubank Benn recalled in an interview with IFL TV. “He said in the fight that he was 20 pounds heavier than he was.

“He was basically trying to say he could fight physically, the weight difference wouldn’t be a problem.”