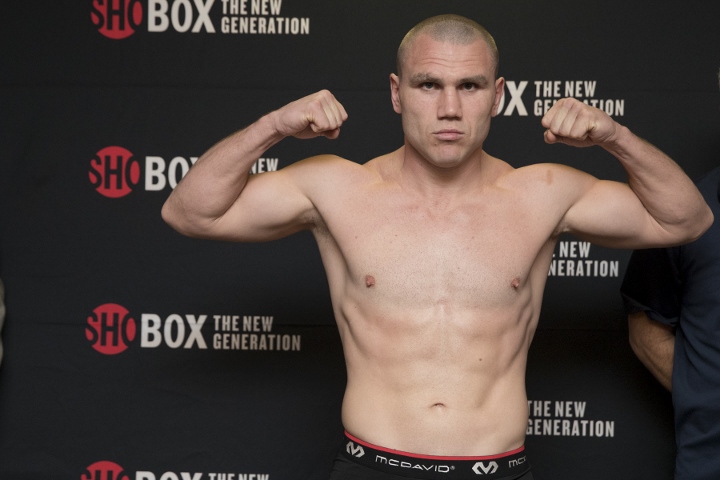 Heading to an opponent’s backyard to fight for the second time in a row, world-class cruiserweight contender Constantin Bejenaru says he knows he has to be more aggressive on Saturday, November 6 if he wants to. gain victory over undefeated Ditlev “D-struct”. Rossing from Denmark as one of the headlining fights at ‘Danish Fight Night, presented by Hall of Fame promoter Mogens Palle at Brondby Hall on the outskirts of Copenhagen.

Bejenaru (14-1, 4 KOs) and Rossing (14-0, 9 KOs) face more than 10 difficult rounds in one of the main attractions of the evening. The other headlining showdown is a defense of the IBF Women’s Featherweight Championship by Danish star Sarah Mahfoud.

After a long layoff since suffering his first professional loss in a WBA “super” title fight against Arsen Goulamirian in December 2019, Bejenaru says that while his training has been mostly “business as usual”, he will enter the fight with a different mindset from the previous one.

â€œAfter my last fight, I know I need to have more confidence and make some adjustments during fights,â€ Bejenaru said. â€œWith this lesson, I believe I can become a world champion and this is the first step towards that. As for the rust of the rings, I have been in the gym since I was 9 years old, so even between fights I’m in the gym five days a week Not just for boxing but and for my health Sport has given me an addiction, but at least it’s a good addiction.

Despite all the landmark accomplishments on his resume, Bejenaru says the relatively untested Rossing will always be a dangerous foe, especially in his own backyard.

â€œOf course he will have a lot of his supporters but that doesn’t bother me. It’s boxing, and it will be just him and me in the ring, â€Bejenaru explained. â€œHe’s a pretty good boxer with a good amateur background and he’s undefeated in his professional career. I’ve seen some of his fights, and he has good boxing skills. He has a good jab, and he can work in attack and defense. I take this fight seriously because I think it will be a good challenge for both of us.

â€œThis victory over a much-vaunted unbeaten prospect will put Constantine back into the discussion of the world’s best cruiserweights,â€ said promoter Dmitriy Salita. “He looks sharper than ever in the gym as he prepares for this important crossroads battle.”