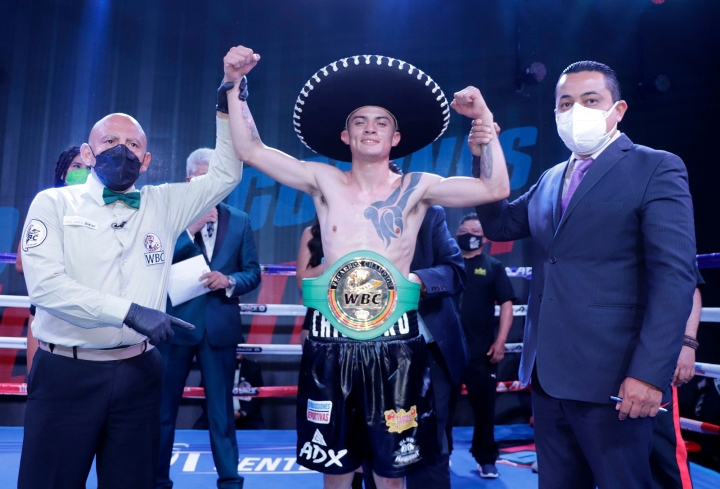 Changes to GonzÃ¡lez’s training by manager Daniel Valle helped produce some great results for the fighter, who went looking for a fight early on. GonzÃ¡lez’s first shots went to the body, forcing Cano to walk backwards, and he tried to respond with long-range blows.

In the second round, GonzÃ¡lez delivered a series of punches and a powerful blow to the body followed by a hook to the head, which sent Cano to the canvas and referee Uruzquieta stopped the fight at 1:52.

On the undercard, Jonathan Alexis “La Flaka” RamÃ­rez of Guanajuato defeated Jonathan Luis “El Lagarto” PÃ©rez of MichoacÃ¡n by technical knockout at 1:07 in the fourth round, in an 8-round super featherweight bout.

Mexico’s Yair Mora Deval and Mexico City’s Gustavo Alan PiÃ±a saw their fight end early in round three due to an accidental head butt, in a 6-round featherweight bout.

In a 4-round cruiserweight bout, Luis Enrique â€œEl Coyoteâ€ Garcia of Mexico State lost to Canadian Peter â€œHeartbreakerâ€ Nowaczek by unanimous decision 37-39, 38-39 and 37-39.