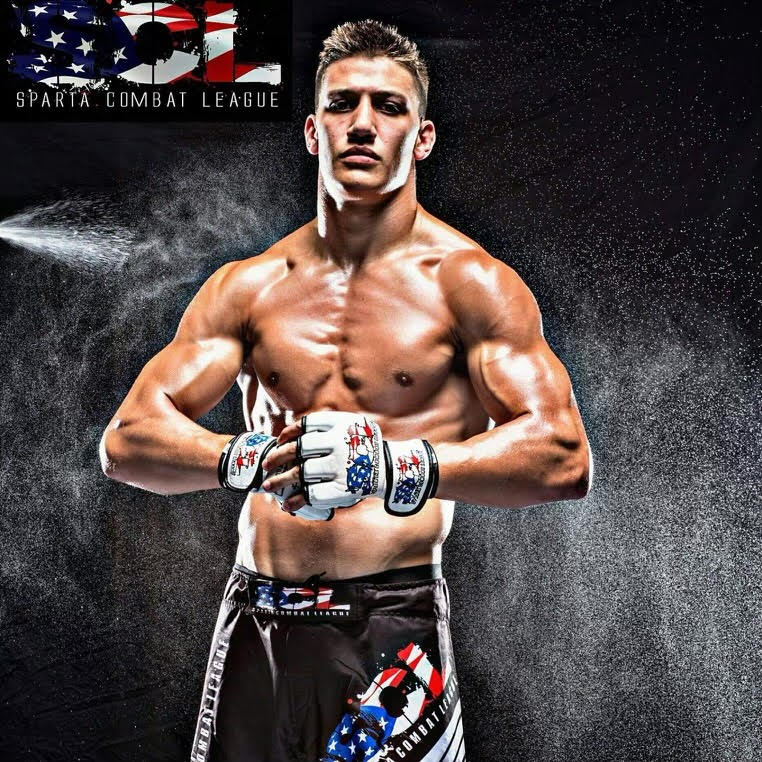 For Michael Stack, a Colorado State University graduate and mixed martial artist, a childhood dream of becoming a professional fighter wasn’t exactly a career that could be pursued with a degree. Nonetheless, Stack’s decision to attend CSU still managed to set him on the path to pursuing his dream.

Stack currently holds a professional fight record of six wins and one loss and fights in the 145-pound weight class for Legacy Fighting Alliance. The 27-year-old Colorado local trains and fights out of the Fort Collins TRIALS Mixed Martial Arts gymnasium — a relationship he attributes to his time in Colorado State.

“I almost didn’t (attend CSU),” Stack said. “At first I was like, ‘Yeah, I think I should jump straight into the fight and just focus on that. But I’m glad I had this experience because I met a lot of good people and good friends. That ended up bringing me to my head coach here at TRIALS.

Stack’s apprehensions about attending college were quashed on his first visit to CSU. All it took was a campus tour and a delicious breakfast.

“I remember visiting campus and thinking the campus was beautiful,” Stack said. “Then I had a really good breakfast burrito and I was like, ‘This is probably where I’m going to go to school. I love CSU. I loved the experience and loved everything.

As a freshman in high school, Stack already knew he wanted to be a professional fighter. However, it wasn’t until his second year that he joined his school’s wrestling team, doing so both out of curiosity and necessity.

With his family constantly moving around the Denver area growing up, Stack often found himself an easy target for students looking to test their fighting skills. The need to defend himself – combined with his father’s longtime love of combat sports – skyrocketed Stack’s interest in pursuing a fighting career.

“As far as fighting, I think what drew me to it was mostly watching the UFC and my dad being a combat sports fan,” Stack said. “Growing up, because I bounced around in so many different schools, I was always the new kid on the block. I was always tested, so I had to fight a lot of fights growing up, and that was part of that as well.

Besides TRIALS, Stack has also spent time training at world renowned gyms such as Tiger Muay Thai in Thailand, Roufusport Mixed Martial Arts Academy in Wisconsin, and Syndicate Mixed Martial Arts in Las Vegas, to name a few. some. Although traveling the world to train is attractive for many fighters, Colorado has become a mecca for mixed martial arts training.

“Colorado is one of the world’s hubs for good fighters,” Stack said. “Right now I’m training at TRIALS and (Easton Training Center) where Trevor (Wittman) and Justin (Gaethje) and those guys are training. I’m also training at Pound 4 Pound (Fitness) with Justin Houghton I’ve been to TopNotch (Sports Academy) in Greeley, Prodigy (House Muay Thai) in Loveland and Catalyst (Brazilian Jiu-Jitsu Academy) in Windsor, Colorado. train.

“My trainer encourages cross-training,” Stack said. “He’s a great coach and looks at the sport as if everyone has something to offer.”

After compiling an undefeated amateur fight record and starting his professional career by winning his first four fights, Stack finally faced the first adversity of his fighting career. His first and only loss to date came at the hands of Kai Kamaka III, a fighter who went on to compete in the world’s premier fighting organization: the UFC.

“I think after that loss I really started going to other gyms to seek new knowledge for the sport and get as many looks as possible,” Stack said. “If I had won that fight, I probably would have been in the UFC by now. (Kamaka) came into the UFC right after that fight.

Despite the slight setback of his only professional loss, all the experience Stack has accumulated over his career, both in Colorado and elsewhere, has paid off for the young fighter. Stack acknowledges that the loss to Kamaka ultimately proved to be good for his career, as he is currently knocking on the door of a UFC opportunity – one he feels more prepared for than ever.

“(Losing) was a good thing, I think, for my career longevity because you only get so many losses in the UFC before you get cut,” Stack said. “You don’t want to lose in the big show, and if there was ever a time to lose a fight, it was before I got to the big show.”

Since the loss to Kamaka, Stack has regained momentum by racking up back-to-back wins in his most recent outings. These include a knockout victory over Jordan Mapa in January 2021 and his most recent unanimous decision victory on October 22, 2021 against Jackson Filho.

“Now I’m more prepared and more capable of making a big impact in the UFC, whereas back then I think I was at the level where I should have been to get into the UFC but maybe not at this level of maintenance and competing with the highest competition in the UFC,” Stack said. “But now I’m ready to take that step up. My goal is to get in there, to make some noise and stay undefeated.

For any aspiring fighters in the state of Colorado or anywhere else, Stack believes that — like everything in life — your success will be defined by a combination of your passion for the sport and the people you surround yourself with.

“If you want to be a fighter, definitely get into a gym that has a high level of competition and good training,” Stack said. “You have to get those good, hard games where you maybe don’t win every time.”

Keep up to date with the latest Stack news and information on Twitter @MichaelStackmma or on Instagram @michaelstack_mma.