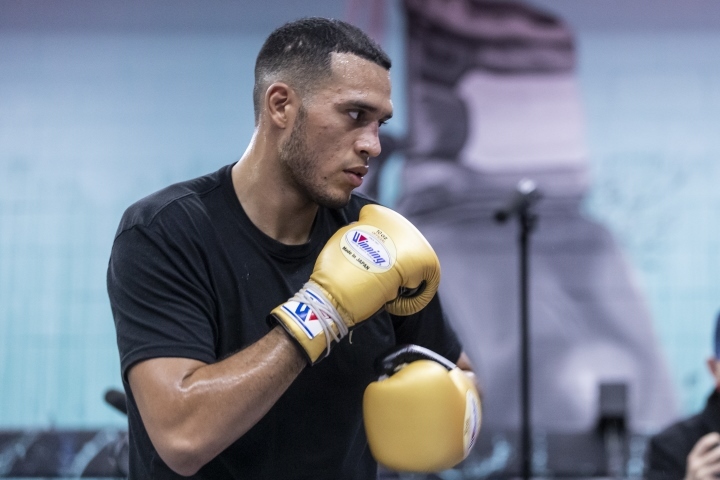 Two-time undefeated world champion David “El Bandera Roja” Benavídez will return to Phoenix, Ariz. Against 168-pound contender Kyrone Davis in a 10-round game that will headline live SHOWTIME on Saturday, November 13 in a Premier Boxing Champions event at the Footprint Center.

Benavídez was initially scheduled to face former world champion Jose Uzcátegui, who was forced to step down due to the failure of a pre-fight drug test.

Tickets for the live event, which is promoted by Sampson Boxing and TGB Promotions, are on sale now and can be purchased at Ticketmaster.com.

At only 24 years old, Benavídez (24-0, 21 KOs) enters this fight after eliminating his last four opponents, including a KO in September 2019 of double super-middleweight champion Anthony Dirrell. Benavídez is coached by his father José Sr., alongside his brother and former title challenger José Jr. In 2017, he became the youngest super middleweight champion in boxing history by beating Ronald Gavril on SHOWTIME only 20 years old. Representing his native Phoenix and returning to fight there for the first time since 2015 on November 13, Benavídez went from a 15-year-old prodigy fighting with Gennady Golovkin and Peter Quillin, to a world title contender with a streak of 10 consecutive elimination bouts. direct from 2015 to 2017, including a knockout of Rogelio Medina with a seven-stroke combination that earned him his first title opportunity.

Hailing from Monmouth, NJ, Davis (16-2-1, 6 KOs) recently won an exciting September clash against Martez McGregor, triumphant by decision after eight action-packed rounds. Davis had already been impressive against the toughest test of his career, as he fought two-time super middleweight champion Anthony Dirrell to a draw in February. It was the 26-year-old’s super middleweight debut after starting his middleweight career. Davis had won five of his previous six outings before the Dirrell clash. He is coached by renowned trainer Stephen Edwards in Philadelphia, Pa. Alongside former Unified World Champion Julian Williams.