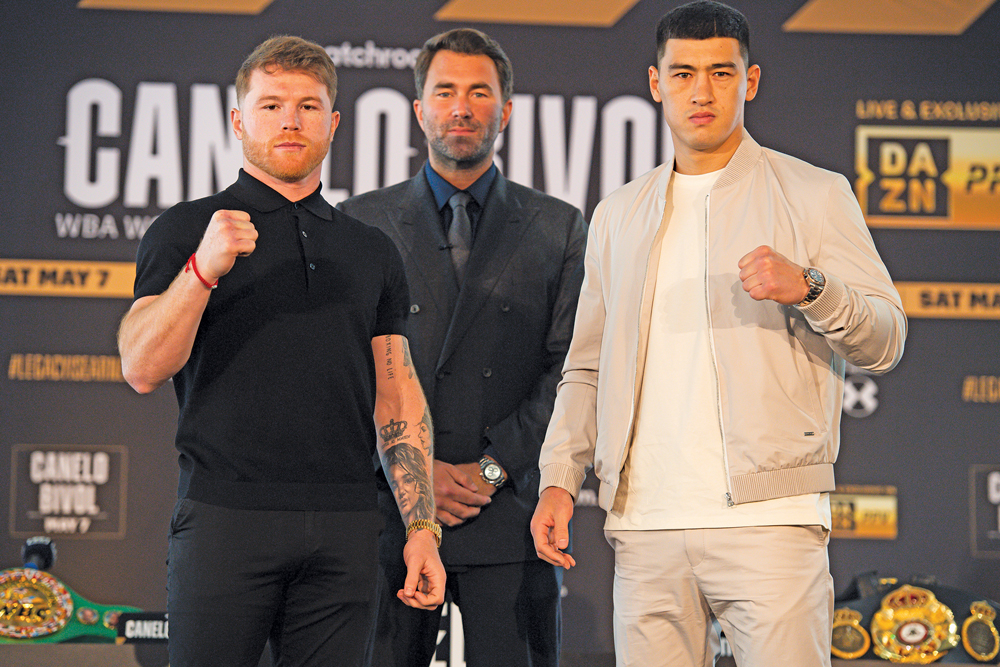 It will cost viewers up to $79.99 to see Canelo Alvarez (left) fight Dmitry Bivol on May 7.Images: getty

DAZN has long touted how its monthly subscription model would change the sport of boxing by avoiding pay-per-views. Now the streaming service is working on its first PPV as it takes a fresh look at its business model and how to drive growth.

Joe Markowski, executive vice president of DAZN, said there was a lot of internal debate within the company about whether to introduce PPV events, but ultimately it was a reality necessary for its growth aspirations. Still, he said, it will be used sparingly and only for events that are too expensive to run under its traditional subscription model.

“My position on this was that our business was to serve boxing fans with enormous value and the best boxing content, and to continue to do so and to be competitive in the sales rights processes for Anthony Joshua at the UK and Canelo Alvarez in the US, you have to have a PPV platform, and so we have to,” Markowski said.

Boxing circles have long debated whether the sport is hurting its growth by pushing too many fights — especially mid-tier events without a ton of hype — to the PPV instead of finding a different model.

“We’re not going to use it like other players in the industry do too regularly,” Markowski said. “We are going to do it when we need it to make great fights, and above all we will continue to serve our consumers with the same value that we have served them for the past four years since our entry. in the USA”

The new deal will see Alvarez fight at least twice and potentially three times this year on DAZN, with Alvarez set to receive up to $160 million. The first fight will be against WBA light heavyweight champion Dmitry Bivol at T-Mobile Arena in Las Vegas on May 7, and the second is a potential trilogy fight against Gennadiy Golovkin.

The fight will cost $59.99 for DAZN subscribers, in addition to their monthly fee, while it will cost $79.99 for non-subscribers, who will get access to the fight and one month of DAZN service.

Matchroom, a leading boxing-rich UK promoter, sees the deal with Alvarez as a way to increase its presence in the United States. Premier rank and boxing champions have.

Said Hearn: “I walk around San Diego or Los Angeles and people now know who I am, and that’s really important to creating the brand identity of Eddie Hearn and Matchroom in the United States”