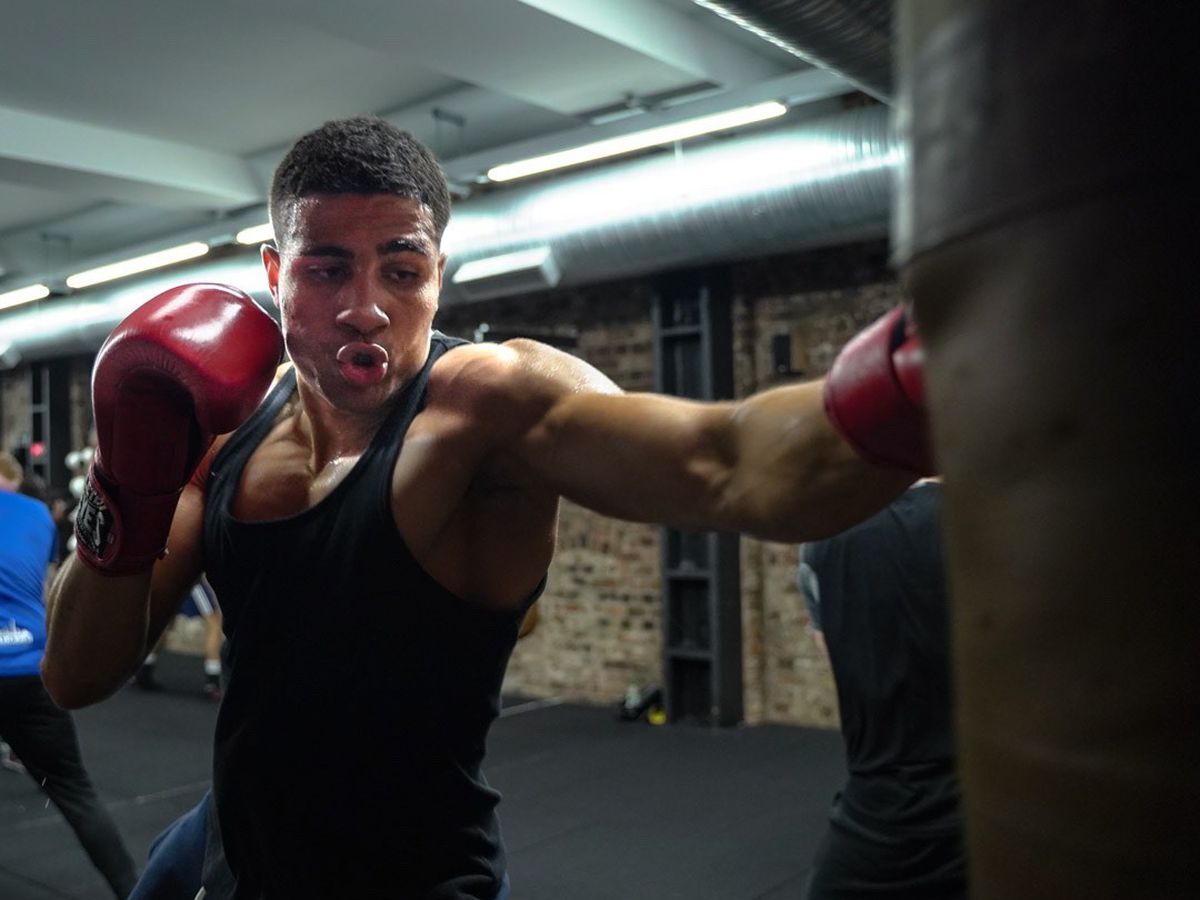 Birmingham 2022 offers the biggest opportunity yet for Bilston’s super heavyweight to realize his undoubted potential.

Orie will be among England’s favorites for the gold medal in a tournament that also represents a homecoming of sorts.

“For the past two years, I’ve been boxing all over Europe,” says the 25-year-old. “It will be my first tournament in England for a long time and to have it so close to home where I can have all my family and friends watching will be amazing,” he said.

“It’s a massive platform for me. It’s a chance to let people know who I am and where I come from. It’s going to be a once-in-a-lifetime experience.”

Few other athletes at the Games have such a compelling story to tell as Orie. Of mixed Nigerian and Russian descent, he lived in Moscow until the age of seven before dad Justin and mum Natalie moved the family to the UK in order to provide their children with more opportunities and life. escape the racism that has too often affected their lives in Russia.

“I couldn’t speak a word of English. I only spoke Russian. Having to learn from scratch was difficult,” he says. “As a kid you tend to pick things up pretty quickly, but it was hard at first.”

Orie is acutely aware and grateful for the sacrifices his parents made for himself and his three younger siblings. Justin, born in Nigeria and responsible for his son’s catchy nickname, impressed on the importance of a good upbringing at a young age and Delicious, the 6ft 6in giant, jokes that he was seen as a “teacher’s pet”.

But his natural build and competitive spirit have made sports a big part of his makeup. For a long time it was basketball, not boxing, that was his love. Orie dreamed of moving to America and playing in the NBA.

Then, at the age of 18, the sight of Anthony Joshua knocking out Charles Martin to win his first world title sent him down a different path.

“I didn’t know anything about boxing,” says Orie. “I had never fought in my life. I am not an aggressive person.

“But watching Anthony Joshua inspired me. The fact that he only started boxing at 18 and was successful in what he did made me believe that I could do the same.

His parents, he admits, took time to convince themselves.

Orie explains, “To look back at that age and say, ‘Mom, dad, I want to try boxing as a career. I think it would be fair to say that it came as a shock.

“I think initially they thought it was a phase, but over time they became convinced. When I was traveling around England winning tournaments, there was probably a stage where they are like, ‘OK, maybe he’s onto something here!’.

After receiving an introduction to boxing at Wolverhampton ABC (where a chance encounter with future British teammate and Olympic silver medalist Ben Whittaker was also inspirational), Orie’s stint at the Jewelery Quarter Boxing Club coincided with the start of his studies at Aston. University.

For the next four years, he excelled both in the classroom and in the ring, becoming a national amateur champion in 2019 and then, 12 months later, graduating with first class honors in economics.

“I’ve dedicated my whole life to boxing and studying,” says Orie. “I didn’t have time for anything else.

“I couldn’t have done it without the support of my mom and dad. College can be tough financially and where some students get a part-time job, I used my extra time to box.

“Much of the credit goes to my parents because they made it easy for me to carry on and not worry too much about the cost of living.”

After graduating, Orie turned his full attention to boxing, following up his national title win by earning a full-time spot on the UK squad. This led to the surreal experience of fighting his hero, Joshua, at the Sheffield Institute of Sport. The latter is his base during the week before returning to the family home of Bilston at the weekend.

“The GB team lifestyle is intense but I can’t live without it,” he said. “I’m used to diet and discipline.

“I feel like it takes me to the next level, at the international level, where I can mix it up with the real top athletes.”

The proof of that came in the spring, when Orie won a bronze medal at the European Championships, the highlight so far of a year that, away from the ring, has been understandably tough. Orie has family living in Russia and Ukraine.

“Russians and Ukrainians are like brothers, it’s always been that way,” he says. “To have this hostility is horrible. I have a family on both sides that just wants peace over harmony. This was all caused by just a few people.

“It’s not easy at all, but I guess that’s how the world is. Fortunately, my whole family is relatively safe. I just try to focus on the bright side of things.

The Games undoubtedly fall into this category. Long-term, Orie’s ambition is to win gold at Paris 2024 before turning professional and beginning his journey to a world title. But Birmingham 2022, he knows, is an important step in the sport’s rise to the top.

“I play the long game,” he says. “Honestly, I wouldn’t be in boxing if my goal wasn’t to win a world title.

“But you can’t play this sport. You cannot cut corners or skip levels. Sometimes you have to learn the hard way.

“With the big boys, the super heavyweights, it only takes one hit. Everyone competing in Birmingham is the best in their country. I certainly don’t expect it to be an easy tournament, it’s never at that level.

“But with the experience I have acquired, I am convinced that I can go all the way. The GB team gave me everything I needed. All I have to do now is go out and play. I can not wait.