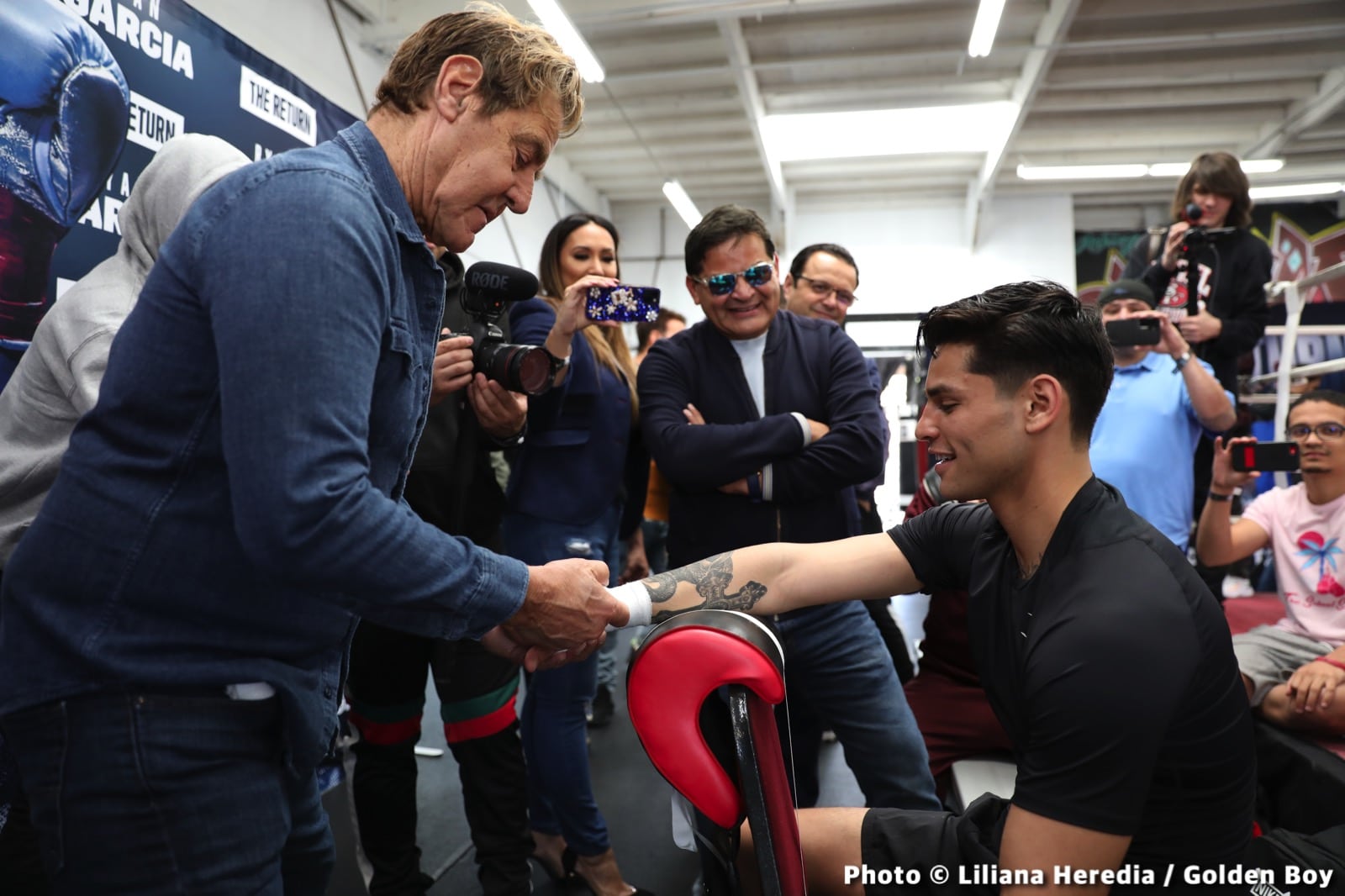 By Charles Brown: Matchroom Eddie Hearn has already started putting the wheels in motion to match popular lightweight star Ryan Garcia against his fighter Maxi Hughes for a summer fight in Yorkshire in the UK.

Tagoe (32-1, 15 KOs) has won his last 32 fights, and he’s not going to ride for Ryan. This guy is tough and will come and rock the applecart on Saturday night in their headliner on DAZN. As vulnerable as Ryan seemed in his last fight against Luke Campbell, a win for Tagoe isn’t out of the question.

Ryan might not be willing to agree to fight the little-known Hughes because he wants to face quality opposition, and he’s not going to impress his loyal fans or gain new followers if he faces suitors from lower level selected by Hearn.

In theory, this idea would help both fighters, as Hughes (25-5-2, 5 KOs) would have the opportunity to fight a huge name, while Ryan gets another sure win over a tune-up level opponent.

The Garcia-Hughes fight does more for Hearn & Hughes than it will for Ryan because it won’t increase his popularity in the United States, nor bring in many new DAZN subscribers.

“I called Eric Gomez and said, ‘Let’s bring Ryan Garcia to the UK,'” Hearn told The DAZN Boxing Show about his desire to take him up against British national-level fighter Maxi Hughes this summer.

“I want to give Maxi Hughes this great opportunity where we can do a great outdoor event in Yorkshire. Bring Ryan Garcia, it’s gonna be wild. For me, once he gets through Tagoe, they have to keep him active,” Hearn said.

Other than Hughes giving Ryan the chance to hide in a foxhole of talented lightweight fighters a little longer, the fight does absolutely nothing for him.

If you’re Ryan, you should pay attention to what happened with Demetrius Andrade, one of Hearn’s fighters from the United States.

Instead of Hearn pitting Demetrius against notable opposition that would boost his popularity and help him lobby for the big names to fight him, he put him up with these guys:

Unsurprisingly, Andrade’s popularity hasn’t increased and he is now moving on after failing to face one of the big names.

“You have Gervonta Davis fighting at the end of May, so he won’t be ready until September or October. Let’s bring in Ryan Garcia this summer,“said Hearn. “We have a few lightweights, but I would like to give Maxi Hughes the opportunity.”

If Ryan is going to fight in the UK he should at least face a British fighter who is popular and will give him a good fight.