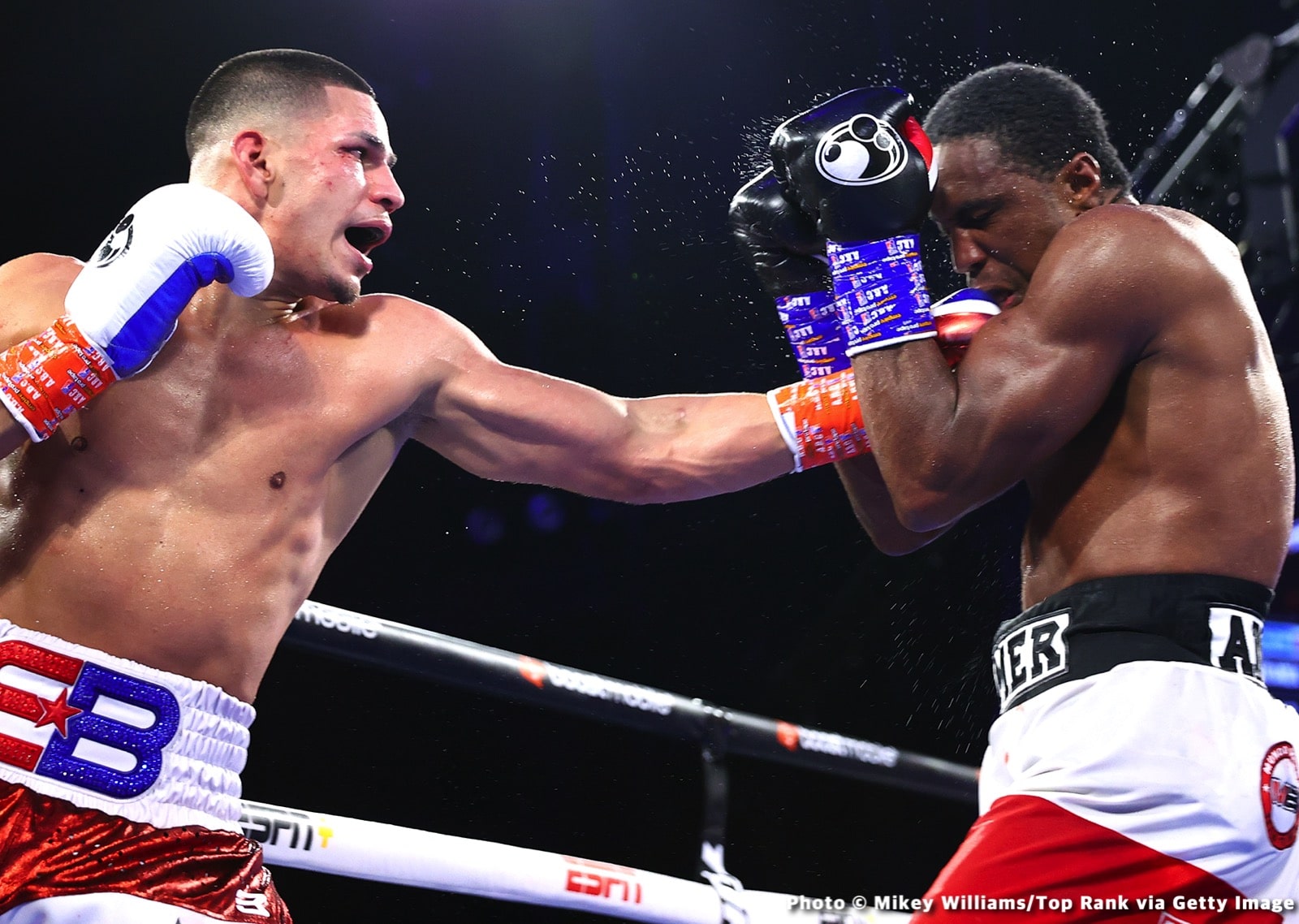 Boxing fans on social media largely gave Angulo the win (27-3, 23 KOs), and those who didn’t saw it as a draw.

For Berlanga, 25, promoted to Top Rank, it was his fourth lackluster performance in a row after starting his career with 16 straight first-round knockout victories.

It’s pretty obvious now that Berlanga isn’t the fighter boxing fans initially thought he was, and they were fooled by the cannon fodder that was given to the New Yorker to get his first 16 wins. direct elimination.

Since being reinforced against opposition at the lower fringe level in 2021, Berlanga has looked terrible in every fight.

At this point, Top Rank might want to start thinking about an exit strategy with Berlanga if he doesn’t show improvement soon.

There’s no point in keeping dead weight in their stable of fighters if they have a guy who isn’t progressing and doesn’t have the ability to win a world title.

Judging by Berlanga’s appearance, he’ll probably never improve enough to win a world title unless he’s placed in a perfect situation against a paper champion or fights for a vacant belt. against a competitor with an inflated ranking.

“It looked like Angulo had been the aggressor all night and Berlanga boxed the back foot, using his jab, his quickness,” Tim Bradley told Fighthype during last Saturday’s fight between Edgar Berlanga and Alexis Angulo.

“I thought it was going to be a draw, to be honest with you, but I’m not a judge, I didn’t judge the fight. Berlanga won the fight. I don’t think anyone was impressed,” Bradley continued.

“He wasn’t getting full shots, he was letting his hands go in spots, not enough, but in spots,” Bradley said of the 25-year-old Berlanga. “I feel like he needs to work on his conditioning.

“I still feel his focus is a bit lacking and he needs to do a bit more on his jab. He also needs to lean more on the body.

Berlanga was boxing, but he was backing up and nearly running from a 38-year-old fighter who was wiped out by then-24-year-old David Benavidez in 2020.

The difference in the way Benavidez looked at Angulo and Berlanga was huge. He’s a guy Berlanga should have been able to handle easily staying in the pocket like Benavidez did, but instead was forced to run away from him.

Bradley remarked during the fight that if Berlanga had stayed in the pocket with Angulo the entire fight, he believes he would have lost.

“I saw him come out of the corner, and he had a clear shot to land a punch, and he doesn’t,” Bradley said of Berlanga. “I think it has to do with a lack of conditioning, to be honest.

“So if you’re running out of conditioning, you’re going to run out here. [brain] because when you’re tired, all you want to do is get out and retire.

“I felt he was moving on to showing something different,” Bradley said of Berlanga. “We were all complaining, ‘Ah, he’s just a puncher first, no footwork, no this and no that.’

“Like I said up there when I shoot I don’t miss, and I can see when a guy is special which way he’s headed based on his fundamentals and what he knows and what he’s got.” ‘he knows,’ Bradley said.

If it’s mainly conditioning that Berlanga needs to work on, he has some hope, but I’m not sure that’s his real problem.

He looks flawed in every facet of his game, and it will take a lot more than strengthening his conditioning for him to improve enough to win a world title.

“Edgar, I think he has a lot of experience, but what’s wrong with Edgar is mentally. It’s all there, man. It might be too much for him,” Bradley said.

“Yeah, I think so,” Bradley said when asked if Berlanga’s sixteen straight first-round knockouts and all the celebrities surrounding him had done anything to his head.

“Mark told me he’s feeding off of that and it’s filling his ego. I’m like, ‘It’s filling your ego, but what about your skills?’ It’s almost like his skills are frozen, and that’s the biggest problem.

“Tonight we saw a new wrinkle. He boxed a little on the back foot, and I get it, he [Angulo] has been a pro for a very long time.

“Everyone has their due date to be awesome but tonight was a little progression as far as boxing goes but as far as entertainment value goes I didn’t think it [Berlanga] was entertaining at all,” Bradley said of expressing his disappointment with Berlanga’s performance against the 38-year-old Angulo.