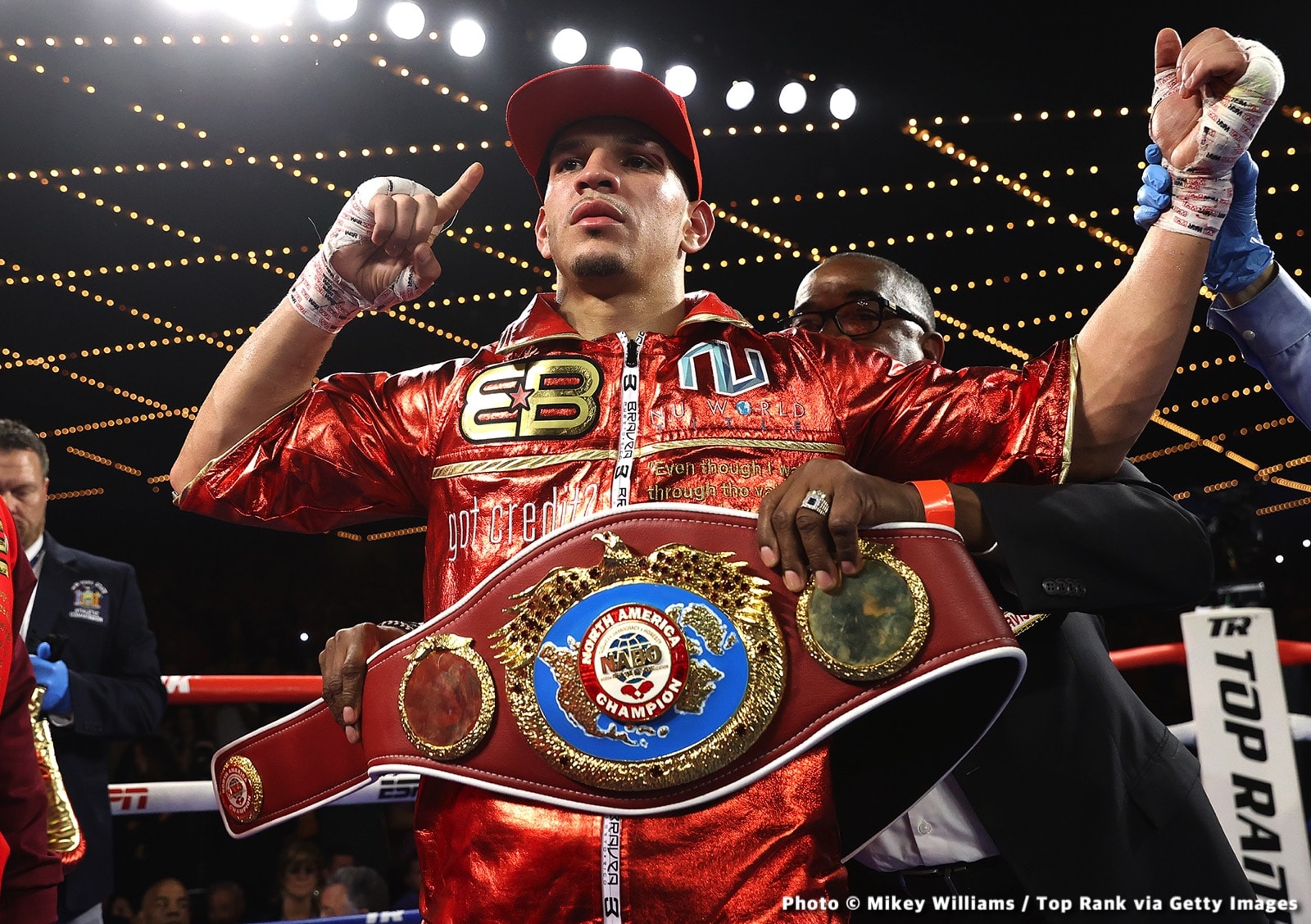 By Craig page: Undefeated super middleweight contender Edgar Berlanga says he is targeting John Ryder for his next fight and Jaime Munguia for a clash in 2023.

Munguia would be a risky fight for Berlanga (20-0, 16 KOs) to take at this point as he has better skills and he has been with better opposition. If Berlanga fights Munguia next year, he could live to regret it.

Berlanga, 25, is trying to get some experience under his belt so he can make a name for himself so he can call the undisputed 168-pound champion Canelo Alvarez or face David Benavidez.

After starting his career with sixteen 1st round knockouts, Berlanga has gone some distance in his last four fights.

“I want the best fights to happen. Right now I’m in a position where I’m ranked No. 10 in the world at 168. Right now I have the opportunity to fight whoever I want,” Edgar Berlanga told Fighthype.

“I feel like my name is big enough to call out whoever I want, and we can make the fight happen. We have a John Ryder guy; we have him on the radar right now for my next fight. So we try to push for that.

“Fights like that, I want that to happen. It’s good for sports. It’s good for the sport of boxing. You have Jaime Munguia; we can get things moving at the end of next year. This is a Mexican-Puerto Rican rivalry. It’s another money battle right there.

“He knows me and him, it’s a big, big fight going forward,” Berlanga said of him and David Benavidez. “Obviously he’s got both world titles and he’s got a lot of experience. He was even saying there, ‘I think Edgar Berlanga is a great fighter. He just needs to accumulate more experience and we can make it happen. let the fight happen.

“I just saw his father [Jose Benavidez Sr] at the Canelo fight in Vegas, and it was all love. He said: ‘You and my son in the future, if the fight can happen, it will be a great fight.

“I’m not at the point where I can call Canelo and make the fight happen. Eventually he will release his belts, and once he does, I can jump on them,” Berlanga said.