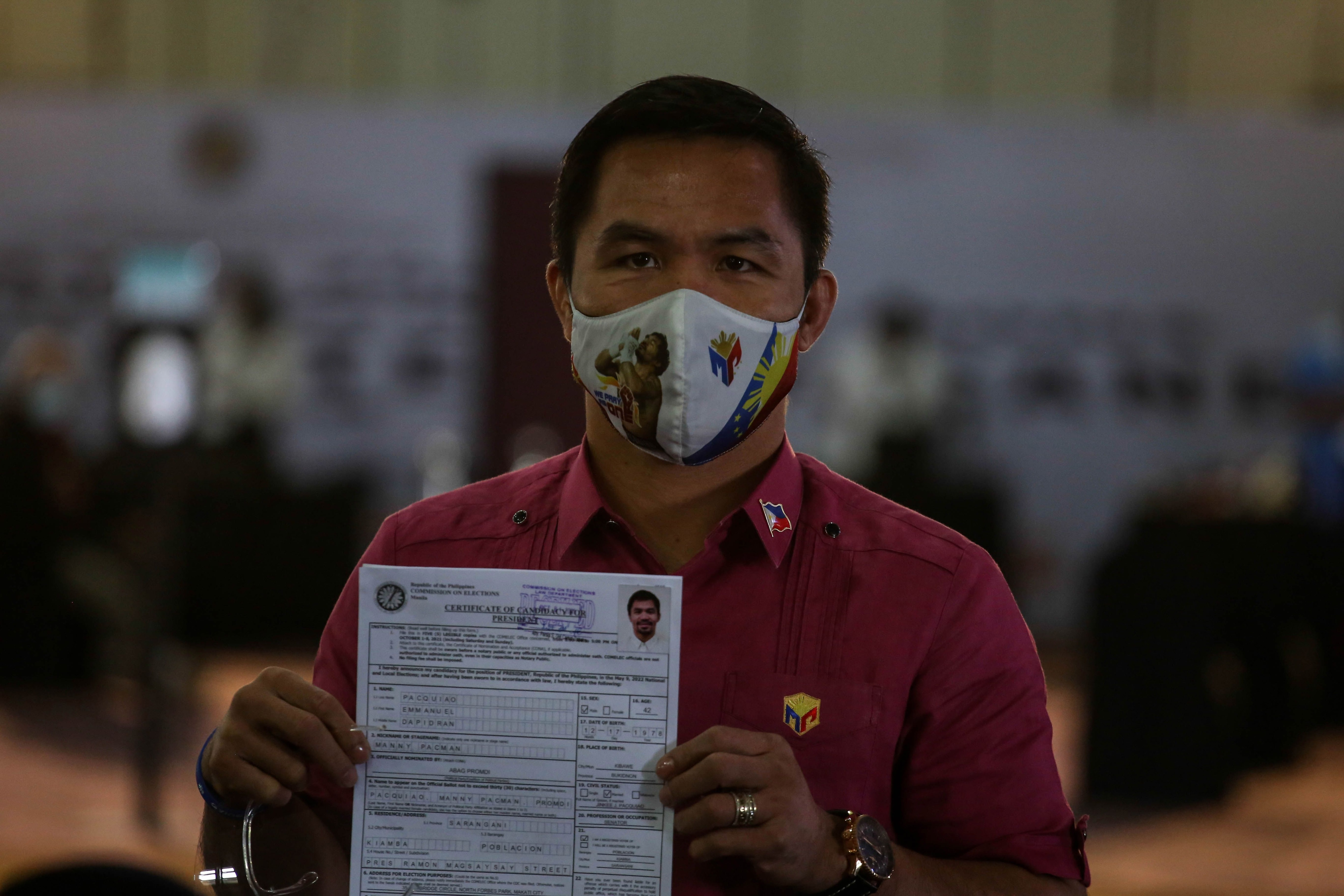 Recently retired great boxer Manny Pacquiao officially began his bid for a higher post by filing his certificate of candidacy for the Philippine presidency.

The race to succeed Rodrigo Duterte as President of the Philippines began on Friday.

Senator Pacquiao, who recently ended his successful boxing career, is a strong candidate for the job. Among those entering the contest is Duterte’s own daughter.

The twelve-time boxing champion has announced his retirement from the sport to focus on politics.

Pacquiao, 42, won his first major title at 19 when he took the WBC flyweight strap and in a professional career that spanned 26 years he became the first eight-time champion to win eight different weight divisions.

In his last fight against Cuban Yordenis Ugas in Nevada in August, Pacquiao lost by unanimous decision.

Pacquiao announced his candidacy for the Philippine House of Representatives in 2007, but was rejected at the polls and eventually won the polls in 2010. He became a senator in 2015 and announced a candidacy for president last month.

Manny Pacquiao, right, in his loss to Yordenis Ugas in their WBA welterweight title fight at T-Mobile Arena in Las Vegas on Saturday, August 21. AP