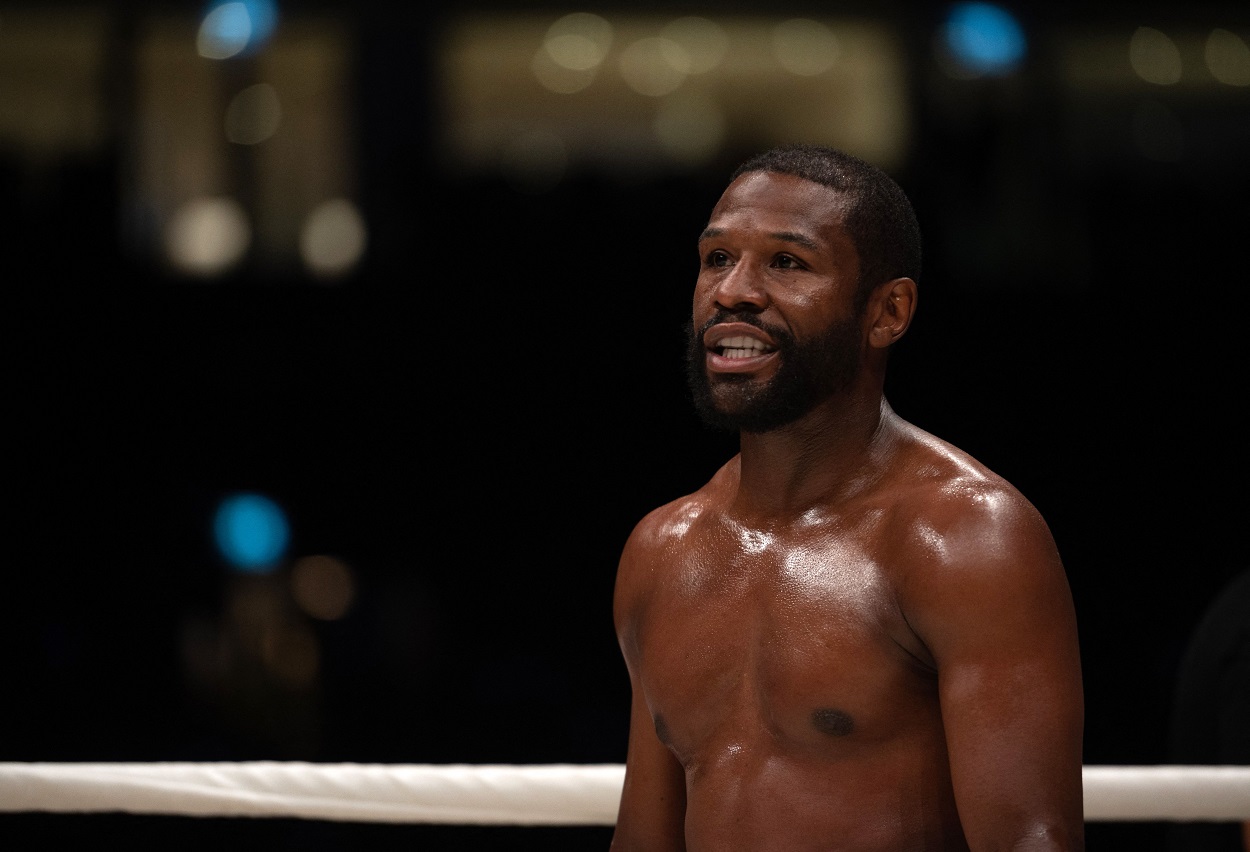 Let me settle that here at the start. I didn’t watch the exhibition fight between Floyd Mayweather and Abu Dhabi’s Don Moore on pay-per-view. The main reason is that I have much better ways to spend my hard earned money, but I didn’t order it either because I don’t hate myself. At least that’s what I thought for a day or two.

Now some of you may read this statement and think I hate Floyd Mayweather. And that’s not the case, at least as a boxer anyway. Love him or hate him, there’s simply no denying that he’s one of the greatest pound-for-pound fighters in the history of the sport.

I mean, you don’t win 15 major world titles in five weight classes and go 50-0 if you don’t. And I enjoyed watching him for most of his career. No, that doesn’t include the Conor McGregor fight, which was a joke.

However, those exhibition fights he got into recently are an absolute joke. But as long as “Money” is paid, you can bet he doesn’t care what everyone thinks, including me of course. If you haven’t watched any of them, good for you, because I can tell you that they are an absolute parody.

Although I refuse to spend money on these Floyd “fights”, I am still a boxing fan and will go through them after the fact. I can not help it. I’ve loved the sport for decades and I’m so sad about the whole situation right now. And watching this latest Mayweather debacle only made it worse.

Floyd Mayweather embarrassed his opponent, a ring girl, and himself in Abu Dhabi

As for the fight itself, it was never going to be close, and it wasn’t. It’s no big deal for Moore, who was once Mayweather’s sparring partner and was undefeated in his own right in his career, going 18-0-1 with a dozen knockouts in 19 fights, the last in 2016.

But he was never on Floyd’s level, and he was just outclassed in this fight, at least as far as boxing goes. Mayweather used his speed to punish Moore over eight two-minute rounds and dropped him with 30 seconds left in the fight. So, although no winner was officially declared, it was clear who had won.

And they weren’t boxing fans.

Then there was Floyd mingling with the commentary team. But it wasn’t between rounds. It was during the fight.

But the most embarrassing moment of the night came during the stoppage between the sixth and seventh rounds. Still attempting to entertain, Mayweather grabbed the ring girl’s “Round 7” card and walked around with her for a few seconds as she followed.

Although it was harmless enough, even though she didn’t look too happy, things got worse once he returned it. Moments later, he attempted to dance with her, and when she turned to walk away, he lightly grabbed her arm and turned her towards him as he continued. As you can see in the video, she clearly wasn’t into it and stayed there until Mayweather stopped.

Not a good look for a guy with a history of violence against women. Yes, there is a video there. I just chose not to include it.

After the last bell, Floyd Mayweather announced he would be returning to the United Arab Emirates for another unnecessary exhibition later this year. He even claims to have an opponent lined up already. Yippee.

Look, you can go on and call me grumpy old purist if you want. I really don’t mind. Because I’m that guy. I love watching real fights. And you don’t have to say it. I know no one forced me to watch this nonsense, even after the fact. So I deserve the punishment my eyes had to endure looking at this garbage.

I will never make this mistake again.