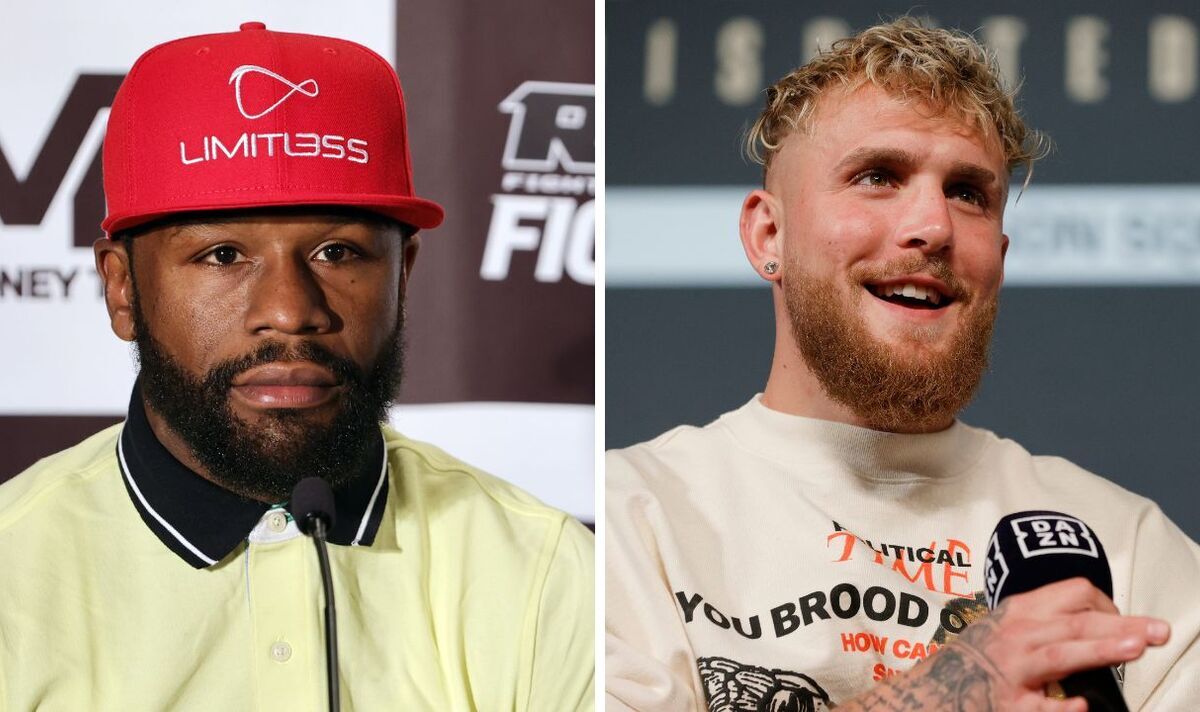 Floyd Mayweather revealed that a former pound-for-pound great threw his hat into the ring to face Jake Paul next.

Mayweather told the assembled media following a Monday night press conference that Andre Ward informed him on Sunday that he would like to face Paul in an exhibition bout. The former two-weight world champion, like Mayweather, retired with an unbeaten record and hasn’t competed since 2017. But according to Mayweather, he’s ready to step back into the ring to take on the YouTuber-turned-pro boxer.

“I spoke to Andre Ward,” Mayweather said. “You saw us speak on stage, you know, at the International Boxing Hall of Fame. We were talking on stage. You know, Andre Ward was talking to me. And it’s crazy. Andre Ward said he wanted to do, he didn’t mind doing an exhibition against Jake Paul.

Ward and Mayweather were inducted into the International Boxing Hall of Fame last weekend under the Class of 2021. The couple spent a lot of time together at the ceremony in Canastota, New York, where Ward was revealed his willingness to fight again in an exhibition setting.

If Ward returns, he will follow in the footsteps of Mayweather who is expected to compete in his fourth exhibition bout in September against Japanese mixed martial artist Mikuru Asakura. “Money” Mayweather has previously faced Tenshin Nasukawa, Jake’s brother Logan Paul, and Don Moore in the same title.

It wouldn’t be the first time Ward has expressed interest in fighting again. The former unified super middleweight and lightweight champion has previously explored possible fights with Oleksandr Usyk and Callum Smith. But the “Son of God” is currently one of ESPN’s top boxing analysts and no longer seems inclined to face high profile opposition.

Potential opponent Paul competed in an exhibition contest, a white-collar fight against KSI’s brother, Deji Olatunji, which ended in a fifth-round stoppage victory for the American. However, in his last five fights, Paul has fought as a professional, racking up a 5-0 record with gloves.

Last week he announced his next fight would be August 6 at Madison Square Garden and has been called out by many fighters thus far. Among the list of potential next opponents are Eric “Butterbean” Esch, Tommy Fury, Mike Tyson and Anderson Silva.