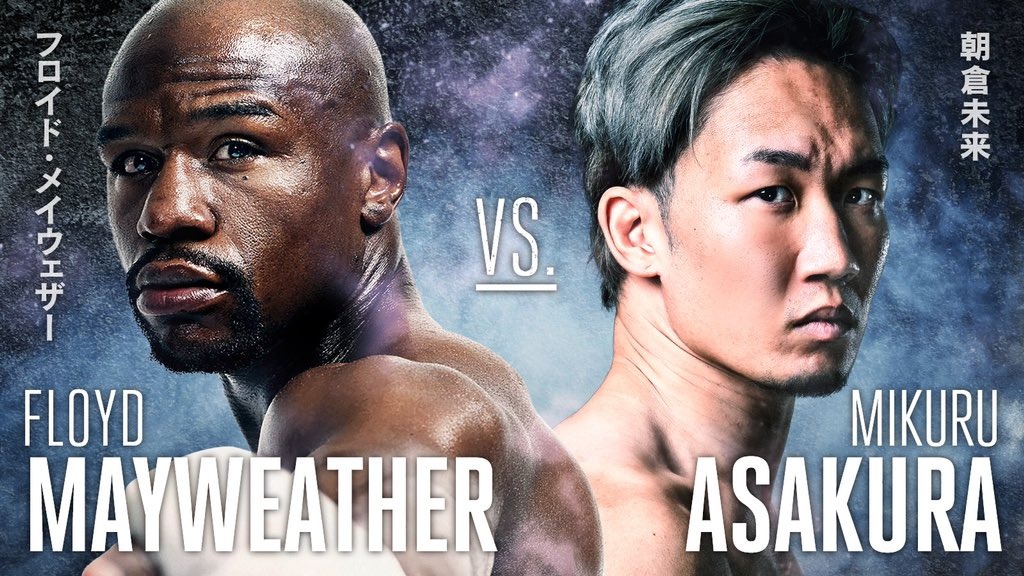 Floyd Mayweather is coming back to Japan for his next exhibition boxing fight, and this time he will face an MMA fighter.

As announced at a Monday press conference, boxing legend Mayweather will take on Japan’s Mikuru Asakura, who has spent the majority of his professional MMA career fighting in Rizin.

The fight will take place in September in Japan under the Rizin banner, with more details to be announced soon. The event will be streamed on the new Rizin Fight Pass.

The exhibition bout will be the third such contest for Mayweather following his last professional bout which came in 2017 against former two-division UFC champion Conor McGregor.

Mayweather’s first foray into exhibition fighting late in his professional career came in 2018 against Japanese kickboxing star Tenshin Nasukawa, which took place at Rizin 14. Mayweather knocked Nasukawa down three times in the first round, prompting his opponent’s corner to throw in the towel. .

Mayweather’s second exhibition fight came against YouTuber Logan Paul last June. The fight would see the final bell after eight rounds, although no winner was announced. The most recent exhibition bout was against former sparring partner Don Moore in May.

Mayweather was inducted into the International Boxing Hall of Fame last Sunday, a feat that brought the undefeated professional boxer with 50 wins to tears during his speech.

Asakura (16-3 MMA) has fought under the Rizin banner for his previous 12 pro bouts. The 29-year-old featherweight hasn’t competed in 2022, although he has competed three times in 2021, winning the two most recent fights beating Kyohei Hagiwara and Yutaka Saito by unanimous decision. Asakura has eight knockouts in his professional career, his last victory against Satoshi Yamasu in the first round.

The full press conference can be viewed in the video above.