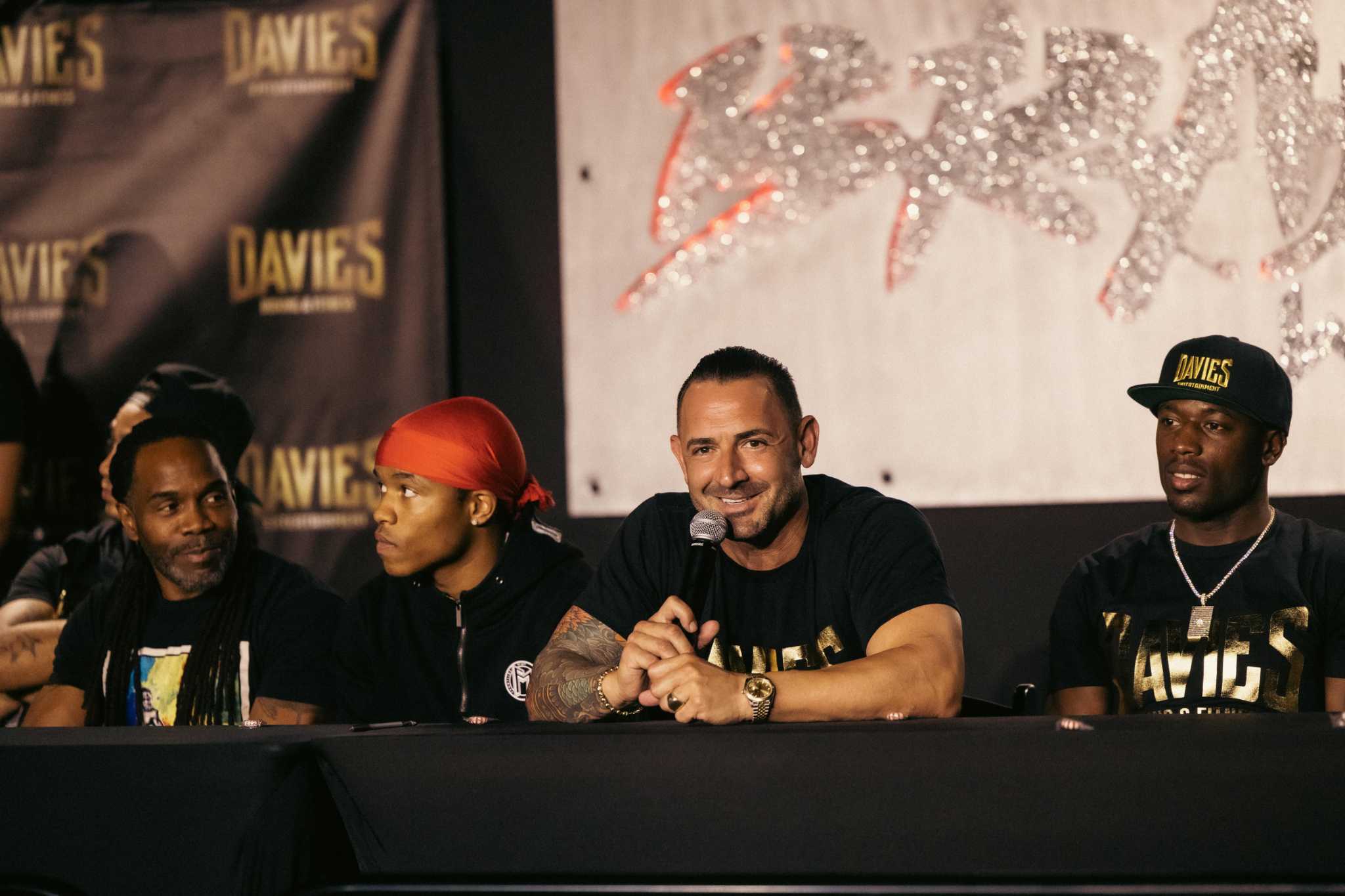 Moments after the final punch was thrown Saturday night at the Davies Event Center near the airport, the ring posts will come out and the ropes will fall.

Fans who just attended a full night of boxing are in for a treat.

Paul Wall, a longtime sports fan and rapper from Houston, will step into the ring – or what’s left of it – as part of Davies Entertainment’s salute to boxing and hip-hop music.

“We just wanted to shake things up,” said Cameron Davies, president and CEO of Cruising Kitchens, which designs and builds custom food trucks and has a forward-thinking, multifaceted entertainment division that includes boxing. “We are trying to appeal to some of the younger generation as well as traditional fight fans.”

Billed as “fighting meets culture,” Saturday’s show features a performance from Wall and a nine-fight boxing card headlined by heavyweight Andrew Tabiti (18-1, 14 KOs) against Shamarian Snider (10-2 -1, 8 KOs) in the 10-round main event.

“BRAWL Wall” is the fifth card in Davies’ Brawl Off Broadway series and the seventh show overall since the successful food truck entrepreneur entered the boxing business in 2019.

Saturday’s card is the first of three consecutive club shows in San Antonio, all featuring a unique twist.

The other two will face off on May 28.

Like most promoters, Davies is aware of the close connection between hip-hop and boxing.

It’s a relationship that many believe dates back to the Mike Tyson era of the 80s and 90s, when “Iron Mike” hung out with Tupac Shakur and the band Public Enemy.

Tyson was the first hip-hop athlete.

Today, rap music played in boxing gyms or during ring walkouts has become the norm.

Originally from Houston, Davies said he was “a huge fan of hip-hop and Houston music culture.”

So it was only natural for Davies and Daniel “Question” Boskind, chairman of Davies Entertainment and a former hip-hop artist himself, to invite Wall to represent the popular music genre at the event.

Nationally recognized for his food truck manufacturing business that includes a TV show and basketball superstar Steph Curry as a client, Davies is yet to make his name in boxing. But it seems only a matter of time.

He has the facilities. During the coronavirus pandemic, Davies expanded his boxing gym from 10,000 to 30,000 square feet. It now includes the event center where fight cards are kept, locker rooms, injury recovery area, sauna, suites for corporate clients, recording studio, green screen rooms , a hair salon, a cigar bar and a shoe store.

The Event Center, with Jumbotron, seats 1,000 people and is regularly sold out for boxing.

Baiz and Schofield are scheduled to fight on Saturday’s card in separate bouts.

Davies said he has yet to make any money from boxing, but is excited to continue “building a platform.”

“I saw how it affected people’s lives in a positive way,” he said. “After this (show), we’re going bigger and bolder.”