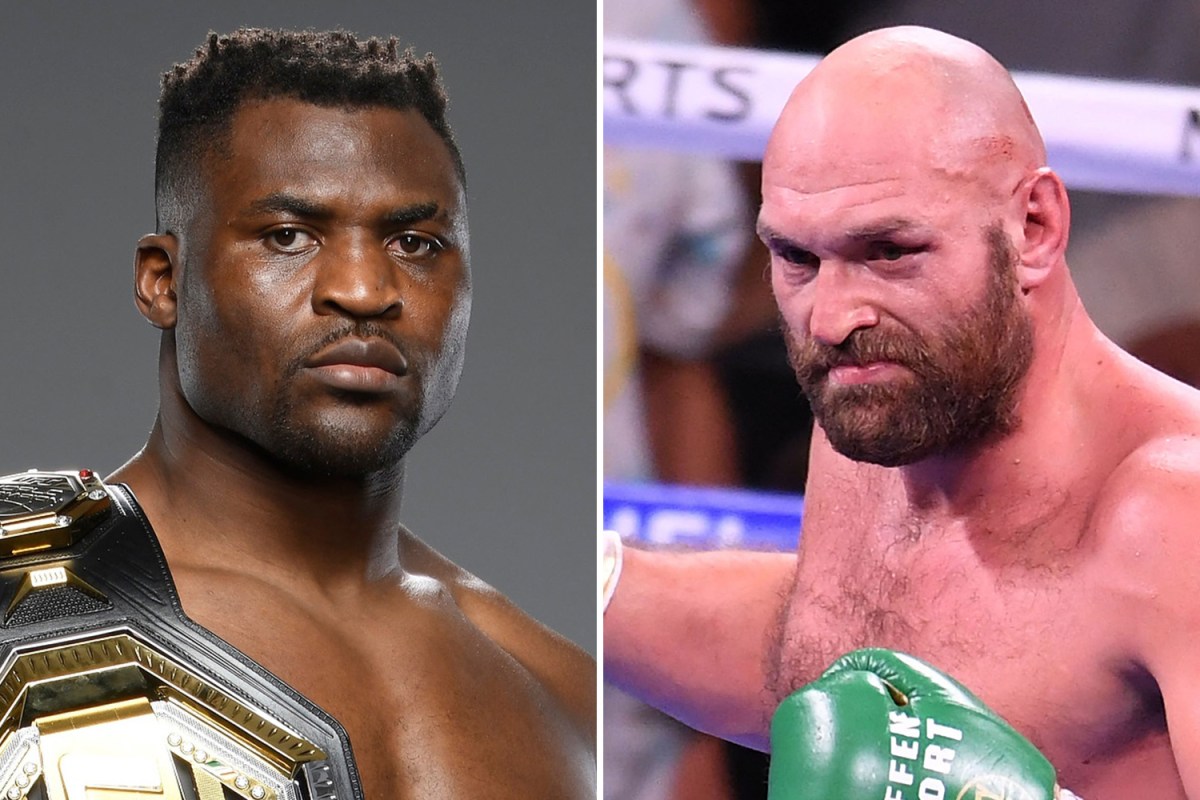 FRANCIS NGANNOU urged the UFC to support a fight with Tyson Fury and said, “It will happen at some point.”

The UFC and boxing champions have built an ongoing rivalry in recent years which has seen the pair call each other out.

And Ngannou is increasingly convinced that the two heavyweight stars will collide in a crossover fight.

He told DAZN: “I believe this fight will happen. I think Tyson Fury wants this fight to happen too, so it will eventually happen at some point.

“I can’t say exactly when, but it’s definitely going to happen since we’re both ready to make this fight happen.”

UFC fighters are banned from competing outside of the promotion, unless there is a special waiver.

Conor McGregor, 33, received one in 2017 for his lucrative boxing loss to American legend Floyd Mayweather, 44.

No fighter has since received such treatment – but Ngannou wants to put an end to that.

He added: “I think it would be more viral with the support, with the UFC behind it.

“Anything you do with the UFC behind it, I think is going to be huge.”

But the Cameroonian UFC champion is aiming to switch to boxing.

Ngannou defends his title against his former training partner Ciryl Gane, 31, on January 22.

It’s the last fight of his UFC contract and Ngannou has threatened to quit the promotion amid a salary row.

I believe this fight will happen. I think Tyson Fury wants this fight to happen too, so it will eventually happen at some point.

And if he wants to extend his contract, he wants a clause that would allow him to box at the same time.

UFC President Dana White seemed relaxed when asked about Ngannou’s potential departure as a free agent after his defense against Gane.

White said on Teddy Atlas’ podcast“Francis and I bumped into each other the other night at dinner.

“We had a good conversation and he’s not out of contract if he wins this fight. I think he still has a fight with us after that.

“I say it all the time, this sport amuses me. I love doing this, and contrary to the narrative, we made a lot of people really rich.

“If you don’t want to be here, if this isn’t where you want to be, well, it’s not fun for you and it’s certainly not fun for me either.

“They’re all grown men and women, and everyone has to make their own decisions in life and go their own way, but I think Francis and I had a great conversation.”