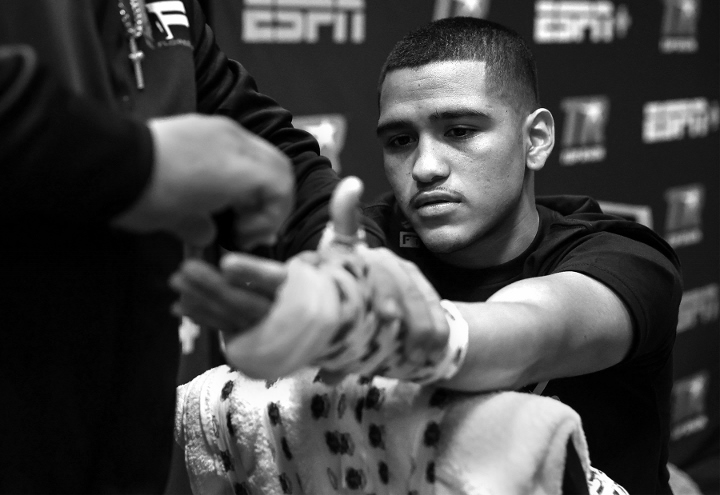 Gabriel Flores Jr. is aiming for a fresh start in Fresno. The 21-year-old junior lightweight is hoping to rebound from his first career loss in a 10-round bout against Mexican veteran Abraham Montoya on Friday, March 4 at the Save Mart Center.

Flores and Montoya will fight in the junior welterweight main event between former unified champion Jose Ramirez and two-weight world champion Jose “Sniper” Pedraza. The entire Ramirez-Pedraza card will be streamed live and exclusively in the United States on ESPN+.

“The mission I am on is personal and I will be world champion,” Flores said. “I’m more motivated than ever and will have answers for whatever Montoya brings.”

Flores (20-1, 7 KOs), who hails from Stockton, Calif., will have a large cheer squad that will make the approximately two-hour drive to Fresno. Last September in Tucson, Arizona, he suffered his first career loss, a one-sided unanimous decision loss to Luis Alberto “El Venado” Lopez. Flores showed her mettle in 10 rounds, fighting back against Lopez’s relentless onslaught. Signed by Top Rank at the age of 16, Flores was flawless throughout the first four years of his professional career. In February 2020, he became only the second man to knock out Puerto Rican contender Jayson Velez.

Montoya (20-2-1, 14 KOs), of Mexicali, Mexico, is an eight-year-old professional with a knack for upsetting undefeated prospects. In March 2018, he defeated Luis Alberto Lopez (12-0 at the time) by split decision. Last February, he upset undefeated prospect Alejandro Guerrero by majority decision. He has won two fights since a November 2019 decision loss to top contender Muhammadkhuja Yaqubov.