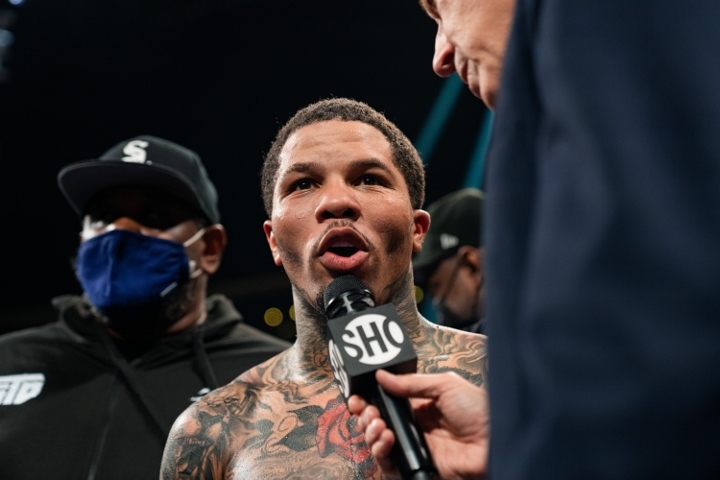 Ford, Davis’ longtime coach from Baltimore, recently shared his thoughts on this hypothetical pairing, and suffice it to say he was enthusiastic. An all-southpaw Davis-Lomachenko fight would obviously draw massive attention as one of the best fights one can have in the competitive lightweight division, but like so many of the sport’s most intriguing matchups, it’s hampered by politics; Davis is promoted by Premier Boxing Champions, while Lomachenko is backed by rival entity Top Rank.

Divisiveness aside, count Ford, as well as Davis, as a fan of this fight.

A Davis-Lomachenko fight has been floated as a possibility for a number of years, dating back to when Davis was still campaigning at 130 pounds, but it doesn’t appear that serious negotiations ever took place. Davis, moreover, admitted at one point that his handlers — Al Haymon and Floyd Mayweather Jr. — were in no rush to put him in a fight with the Ukrainian as they had a plan in place to groom him for a fight. attraction.

“Me and Floyd, we actually talked about it,” Davis said in 2019 in reference to the Lomachenko fight. “Even me and Al talked about it, you know? But it’s about doing it at the right time. Not everything happens overnight. We know that Al and [Top Rank head] Bob Arum, they’ve done business together before. But it is also difficult to fight with them. But I’m just a student of the game. I have a great team. I’m just following their example.

Since that time, the hard-hitting Davis (26-0, 24 KOs) has emerged as one of the few American fighters with true crossover appeal and has fought his last three pay-per-view bouts. Davis, 27, is coming off a 12-round unanimous decision win over Isaac Cruz in December at Staples Center in Los Angeles.

Lomachenko, 33 (16-2, 11 KOs) was also in the ring in December, beating Richard Commey by unanimous decision at Madison Square Garden in New York. The two-time Olympian and three-division world champion unified the lightweight division before relinquishing his belts in a loss to Teofimo Lopez in 2020.

Now the two-time Olympic gold medalist is the favorite to take on unified lightweight champion George Kambosos, who knocked Lopez down last year.

Ford has made it clear that Lomachenko is still an attractive proposition to his team.

“I don’t know if Loma is going to take the risks he takes. [with other fighters as he does] with Tank, but it’s like a mega fight to tell you the truth,” Ford said. “This is the fight people have been waiting for.”

Ford is convinced that the fight has to happen at some point.