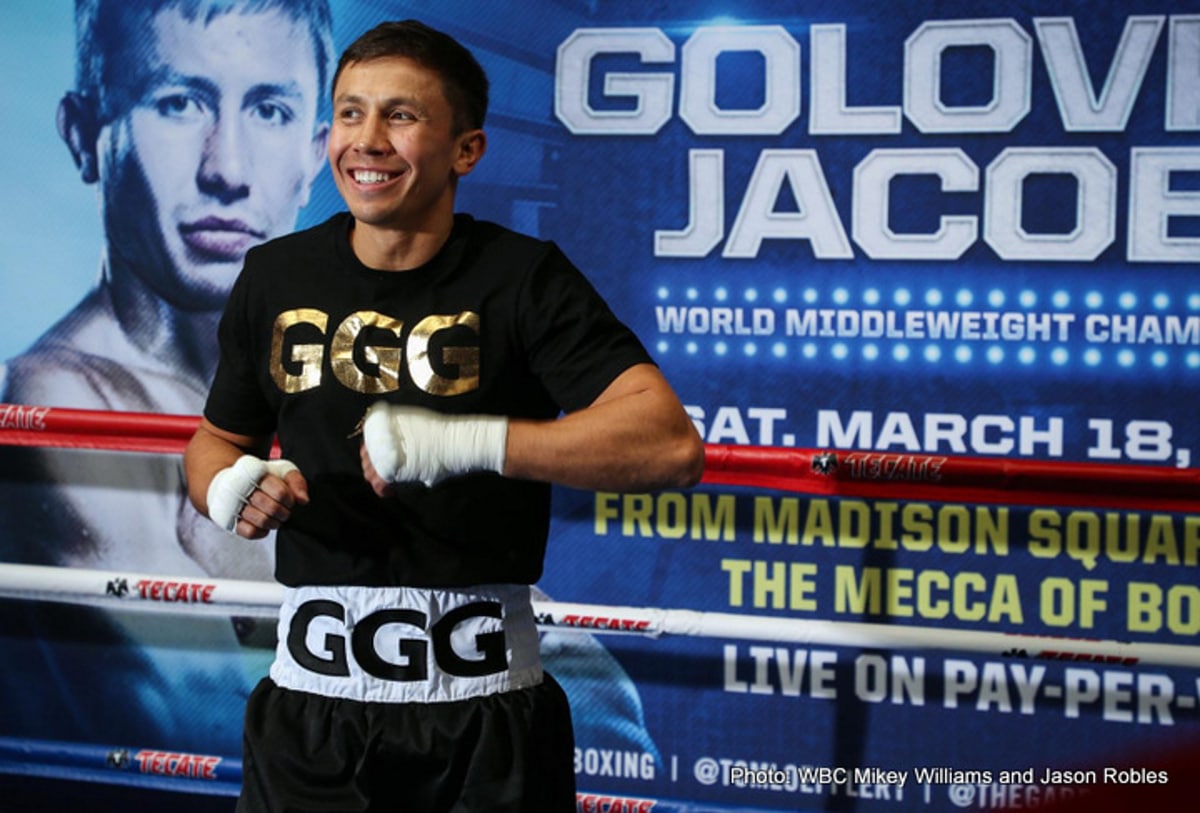 By Scott Gilfoid: Gennadiy Golovkin took a shot at Andre Ward on social media today after claiming GGG had turned down a fight against him in the past.

Former two-division world champion Ward (32-0, 16 KOs) turned 38 today, and when a fan asked him if there were any fights he wished he had had before retiring in 2017, he mentioned Golovkin.

Shortly after, Golovkin reacted to Ward’s message, telling him to “Stop lying,” adding that his team’s offer came after news broke of his fight with David Lemieux.

GGG then said that Ward was “angry” because he couldn’t sell tickets like he did during his career. Oh boy, Golovkin unleashes the dogs of war on Ward.

Golovkin fought Lemieux in October 2015, while Ward retired after his second fight with Sergey Kovalev in July 2017.

You would think that Golovkin and Ward would have had plenty of time to fight in either of those two years in a mega-fight that would have made them tons of money.

Heck, even now Ward is just 38 and two years younger than Golovkin, who turns 40 in April. Why not now ?

André, stop lying to the fans. Your team made the offer AFTER announcing the fight with Lemieux and selling MSG. You’re still mad since you never sold tickets like me. HBO knew you used the ad bid to jump to 175. Happy Birthday

Well, I think I speak for everyone when I say Golovkin and Ward should fight NOW.

If Golovkin doesn’t fight Canelo Alvarez in September, he and Ward are expected to step into the ring and square off.

Ward isn’t too old to fight, as his fighting style, which is a maim type, is unaffected by age or inactivity. It doesn’t take a lot of energy to maim.

Some boxing fans think Golovkin didn’t want any of that Ward smoke five or six years ago. Many fans thought GGG didn’t want this job.

Ward ended his career on a sour note in the eyes of some boxing fans, who felt he deserved a loss in his first fight with Sergey Kovalev, then walked away with a low blow win over the Russian fighter in the rematch.

Be the judge of Ward’s judgment: