Rankin, riding a wave of success after becoming WBA and IBO champion at 154lbs in November, has just had the first defense of her belts – scheduled for May 13 – moved to the Hydro Arena in Glasgow due to the request exceeding availability in the smallest room that was originally booked.

The 31-year-old is convinced to beat Mexican Alejandra Ayala and is aiming for a unification bout with Jonas, who sensationally became WBO champion in February after moving up three weight divisions.

“When I win this fight for me, my goal is to unify the division, that’s what I want to do,” said Rankin, who was part of the sky sports commentary team for Jonas’ victory.

“It was a real surprise to everyone in the boxing world, I think, that Tasha moved up to the super welterweight division, but it’s all very well mixed.

“It would be a great fight for women’s boxing – both Tasha and I, world champions, in the same weight class, in this country – both waving the flag high for women’s boxing and pushing it forward and trying to be the change in sport that we want to see.

“Both of our styles are exciting, it would make for a very exciting fight when we get together.”

In the aftermath of Jonas’ victory over Christian Namus at Manchester Arena in February, Liverpool fighter and promoter Ben Shalom expressed interest in a match with Rankin.

Jonas spoke of her “respect” for Rankin, but said she was “confident” of beating the Scotsman. 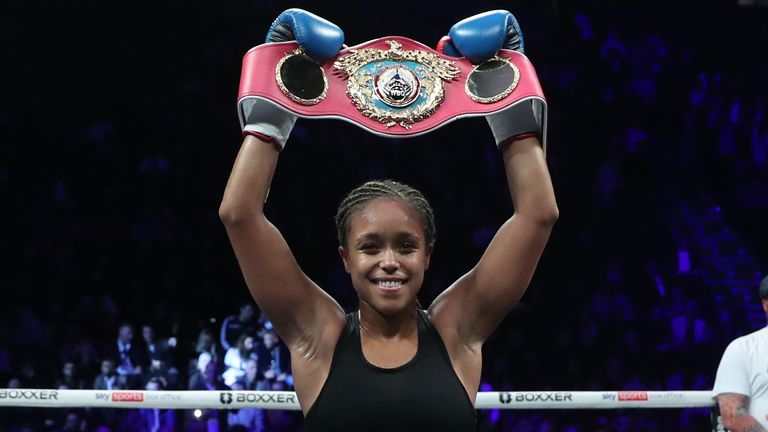 Rankin insists she would offer a tougher challenge than Uruguayan Namus, who Jonas spectacularly stopped in two rounds.

“Obviously I support myself 100% to win this fight,” Rankin said.

“It would be a different experience. I’m a super welterweight in my own right and I wouldn’t be coming on short notice. It’s going to be a unification fight between two world champions, so there would be the buildup and the excitement that it deserves.

“It’s an exciting fight to watch and people are already talking about it.”

The fact that Rankin will headline against Ayala in the 14,000-seat Hydro Arena in Glasgow punctuates the meteoric rise she has made over the past two years.

Rankin was also part of Sky Sports’ commentary team for fellow Scotsman Josh Taylor’s world title defense against Jack Catterall at the Hydro in February, when she was unaware she would soon be in charge. poster of the arena itself.

“Obviously I jumped on it, because I always really wanted to fight there,” Rankin said. 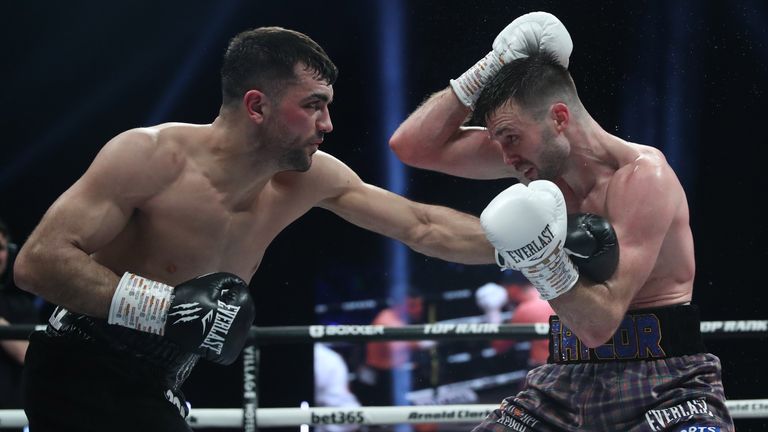 “I’ve just been with Sky for the Josh Taylor card, feeling the atmosphere in there while I was doing the commentary, it was crazy.

“I was just saying I would love to have the opportunity to fight here, hopefully one day in the future, and it happened a lot quicker than expected.”

Rankin insists she isn’t looking past Ayala, but is aware that a unification bout with Jonas will undoubtedly secure a return to one of Britain’s biggest arenas.

“My main focus right now is Alejandra, putting on a great performance and then we’ll see what my team wants me to do and we’ll see where we go,” she added.

“I got a taste of it at that event at the Hydro, so Tasha and I would definitely be in a huge arena for whoever put on a show for everyone.”