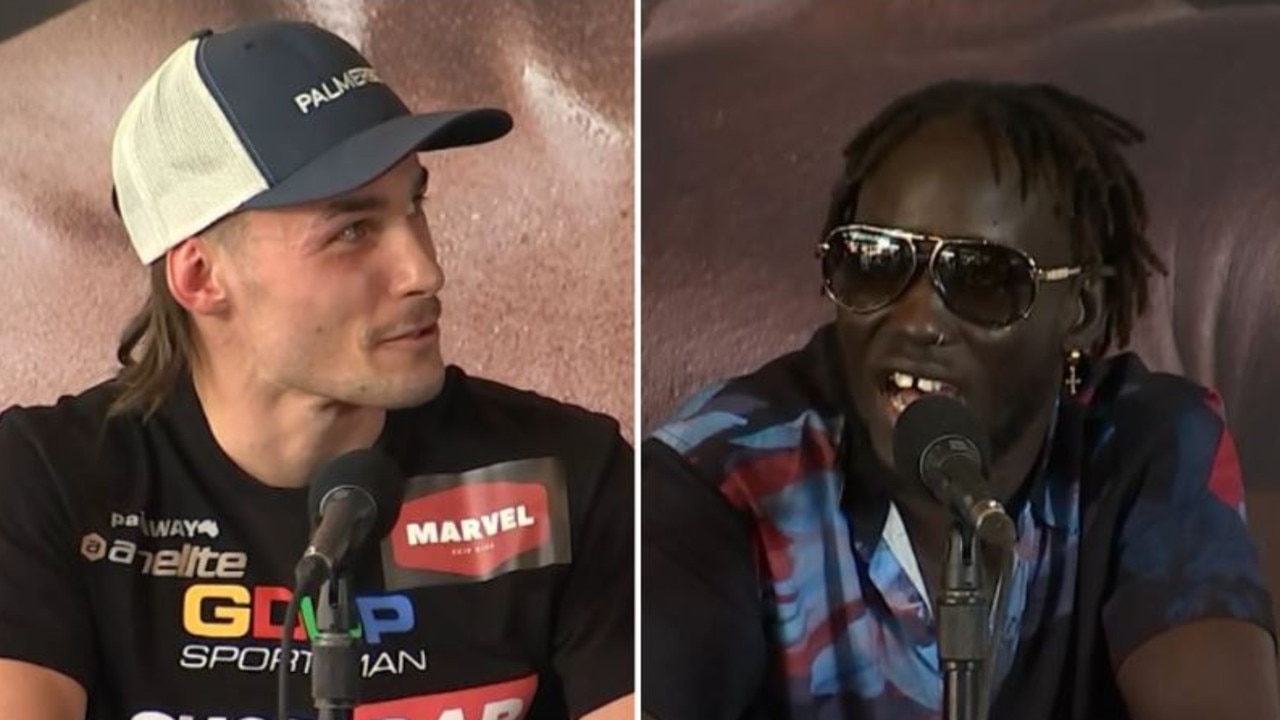 Olympic bronze medalist Garside (1-0) will fight for the Australian lightweight title against the dangerous Manuer Matet (4-1-0) at Sydney’s Hordern Pavillion on Wednesday night.

Garside’s first professional fight ended with a first-round TKO win over Sachin Mudaliar in December, but Fenech believes his second assignment represents a big step up.

“I take my hat off to you, Harry. This guy (Matet) .. I’m not going to say he’s going to beat you but he’s going to give you a lot of problems,” Fenech said at Monday’s official press conference.

“Harry certainly has one hell of a fighter ahead of him… I’m proud of Harry for doing it but it’s not a fight I would have had for my guy having his second fight. I might have watched it later, so I think it was a very, very brave decision for the Garside team to do this and I’m sure they’re ready.

Matet, a Sudanese-born refugee, was extremely confident, saying he was “more than just a risk” and vowing to eliminate Garside.

“I’m excited. The last two or three years have been pretty hectic. I’m really excited to fight more than three rounds. It’s a ten-round fight and anyone who knows boxing knows that’s a tough fight.

“I’m excited to go further in the fight and do what I do best, and that’s boxing.”

Wednesday’s card presented by No Limit Boxing will also feature Garside’s Olympian teammate Paolo Aokuso, who is making his professional debut against Michael Van, as well as Hassan Hamdan, trained by Jeff Fenech.