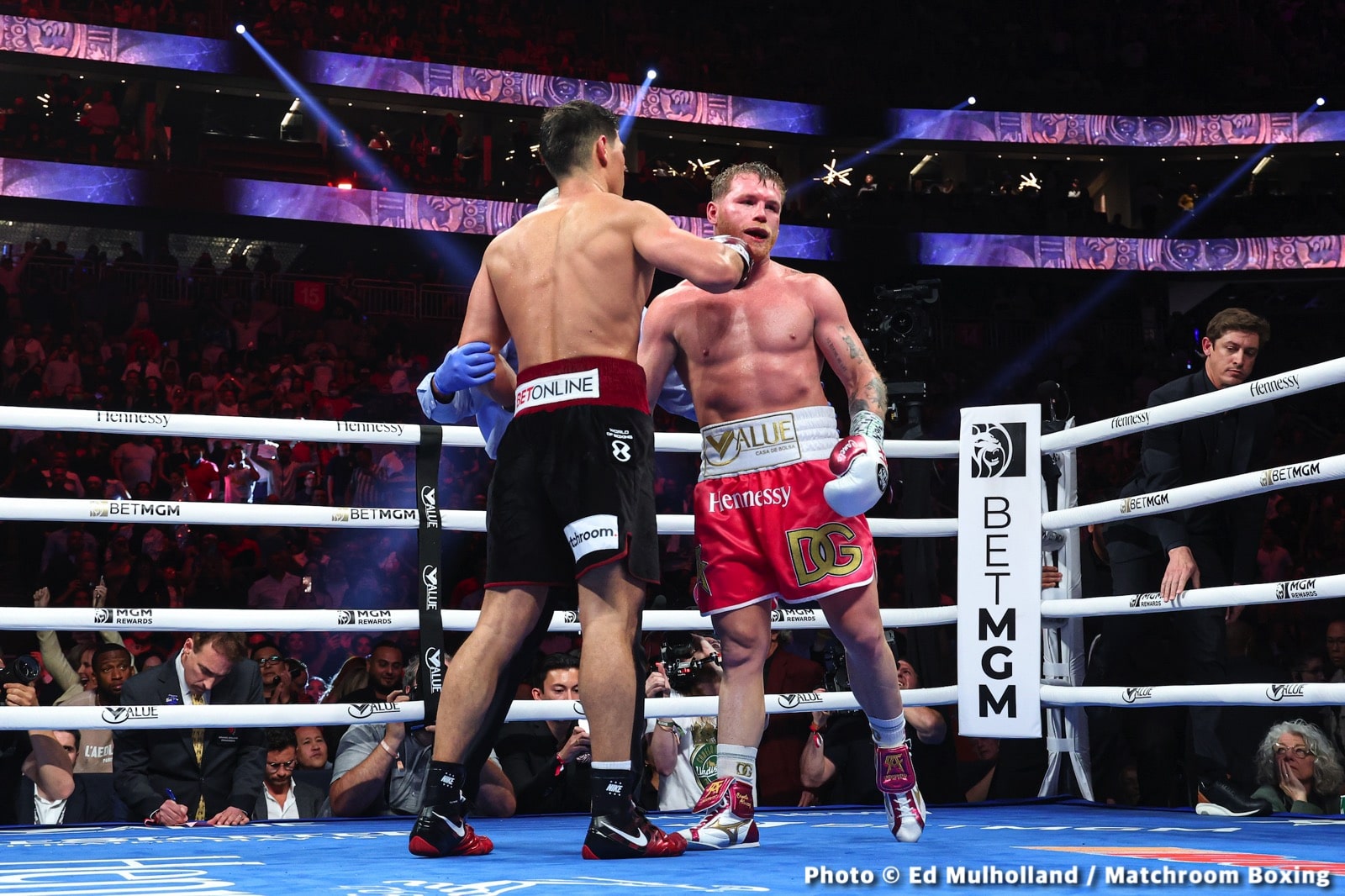 I followed “Canelo”‘s career at first without seeing him much because of his impressive track record. When he was scheduled to fight Floyd “Money” Mayweather, Jr., I was looking for another possible win, but I didn’t think he won a single round despite losing by majority decision. Even in the final round, it didn’t look like he knew he needed a knockout, but he didn’t look desperate enough to go for one.

“Canelo” rebounded with seven wins, with Erislandy “American Dream” Lara’s fight a split decision that some found controversial and likely deserving of a rematch. Five months later, in his next fight, Lara won the WBA World Super Welterweight title by defeating Ishe Smith.

‘Canelo’ would rise in weight to win the vacant WBC World Middleweight title despite weighing just 155, beating Miguel ‘Junito’ Cotto to give it up after a defense to win the WBO World Super Welterweight title by stopping Liam ‘Beefy’ Smith who he wouldn’t forbid going up in his next fight beating Julio “JC.Jr” Cesar Chavez Jr. weighing in at 164.

Then came “Canelo’s” biggest break, which I call his “biggest gift”, ending in a draw with the WBC, WBA Super, IBF and IBO world middleweight title Gennadiy “GGG” Golovkin in September. 2017. I had Canelo down 3-2 in rounds when all of a sudden the power of “GGG” started to put “Canelo” on the run for the last seven rounds, which felt like a lopsided win for “ GGG”. The judge who had “Canelo” 118-110, if I’m not mistaken, was suspended by the Nevada commission for a month.

It would be a year before ‘Canelo’ returned to the ring after healing his injuries, while ‘GGG’ had a title defense eight months later, with the rematch against ‘Canelo’ to follow four months later. “GGG” made what I consider a major mistake in the rematch by going from boxer-puncher to boxer, losing a majority decision I agreed with if not a draw.

“Canelo” would then continue with the WBA World Super Middleweight title in his next fight. Then came back to make his only defense of his WBC, WBA and IBF titles not against “GGG” but new IBF champion Danny “Miracle Man” Jacobs, who had been beaten by “GGG” in a previous close decision.

“Canelo” would never fight at middleweight again, which I think was why he never wanted a third fight with “GGG”. The win over ‘GGG’ seemed to give ‘Canelo’ the pound-for-pound title, while ‘GGG’, although undefeated since that loss which is the only one of his career, barely stayed in most of the ten best pound for pound. books top lists by most.

After three and a half years since ‘Canelo’s second fight with ‘GGG’, it has been announced that he will finally give the latter a rematch in September, pending the outcome of his loss to WBA Super World Champion Light. Heavyweight Dmitry Bivol.

Bivol is rumored to meet the June 18 winner between WBO champion Joe Smith, Jr. and WBC and IBF champion Artur Beterviev, which would eliminate any talk of a silly rematch with “Canelo” at least for now.

Would ‘Canelo”s loss to Bivol give him another excuse not to give ‘GGG’ another well-deserved rematch instead against one of his top contenders for his four belts?

If the “Canelo” and “GGG” fight goes as planned in September and “GGG” is the winner, will he stay at super middleweight or will he return to middleweight? Andrade agreed to fight “GGG” for a while, while Charlo didn’t until recently. That would make sense for another unification match at middleweight. Charlo and Andrade also announced that they were ready to move up to super middleweight to challenge “Canelo”.

I have to admit I was glad to see ‘Canelo’ lose because winning might give him another excuse to avoid the match with ‘GGG’ by staying at light heavyweight despite not defending that title after winning it in the past but moved back to super middleweight.

Only time will tell what the future now holds for ‘Canelo’ with the loss to Bivol. You’d think the match with “GGG” would go as planned, but for this writer, seeing would be believing if this match is made.