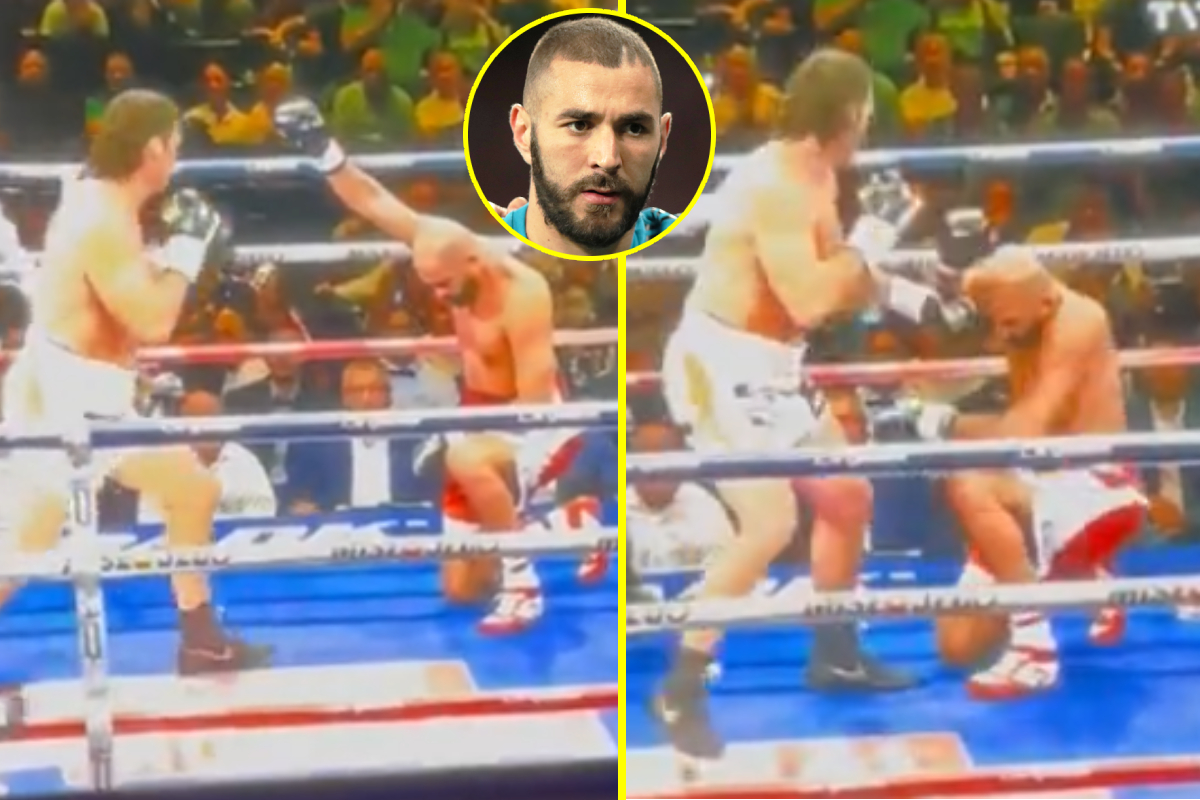 French heavyweight boxer Newfel Ouatah, who is a cousin of Real Madrid star Karim Benzema, was at the center of an extremely odd non-fight Friday night in Canada.

The 36-year-old returned to the ring for the first time in 15 months but didn’t throw a single punch and decided to quit as soon as the first bell rang.

Oddly, Ouatah took a knee and raised a fist in protest as the fight was supposed to begin.

His puzzled opponent Simon Kean approached him regardless, ready to start the fight.

Kean even hit Ouatah with a punch while he was on his knees and nearly knocked him down.

Luckily though, this shot wasn’t very hard and didn’t cause any serious damage.

At this point, the referee stepped in and got down to Ouatah’s level so he could communicate with him.

After establishing that the Frenchman would not fight, he called off the contest and awarded Kean a first-round stoppage victory.

At the time, the reason for Ouatah’s protest was unknown.

He has since taken to social media to explain the reason was an insurance dispute.

Ouatah claimed that his local commission (French Boxing Federation) refused to cover any injuries or serious consequences he may have suffered during the fight.

Local promoters of the event disagree with his version of events.

He had previously represented Algeria at the Beijing Olympics in 2008, but was beaten by Ukrainian Vyacheslav Glazkov and did not win a medal.

His cousin Benzema is yet to comment on the situation.