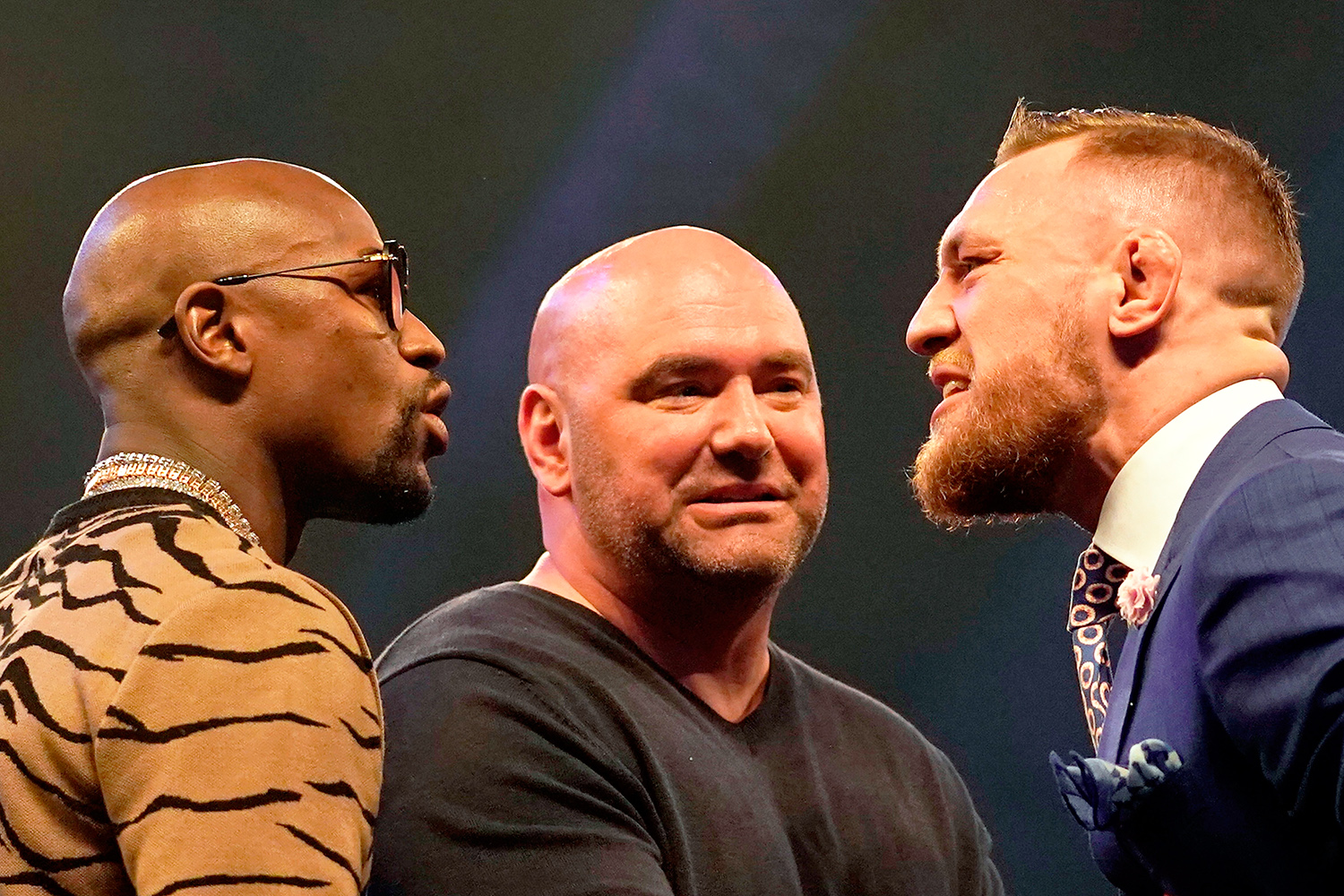 UFC President Dana White has made it clear he’s not a big fan of crossover fighting, but his tune is changing when it comes to Conor McGregor.

The UFC boss fully backed ‘Notorious’ when he made his boxing debut against Mayweather in 2017, suffering a tenth-round TKO loss.

Despite losing in the fight, the event was a huge success for White, McGregor and everyone involved, as it sold 4.3 million pay-per-views and both fighters walked away with salaries at nine. figures.

According to FightHype, the boxing YouTube channel with by far the closest relationship to Mayweather’s team, there are currently talks for a potential rematch between the two combat sports superstars.

FightHype claimed, “Sources familiar with the information have informed us that Hall of Fame legend Floyd Mayweather and UFC star Conor McGregor are currently in talks for a possible rematch.”

There’s been no confirmation from either side yet, but McGregor fueled the rumors on Thursday when he posted a photo from their first fight with the caption, “I accept.”

Paul calls Fury the biggest risk of his career and puts a $300,000 belt on the line

Five years after “The Money Fight,” crossover fighting has become more important than ever, and many of the UFC’s biggest stars are keen to follow in McGregor’s footsteps by trying their luck in the boxing ring.

It became a huge headache for White, who had to stop talking about a boxing match between his welterweight champion Kamaru Usman and the undisputed king of super middleweight, Saul ‘Canelo’ Alvarez.

On top of that, UFC heavyweight titleholder Francis Ngannou is currently threatening to quit the promotion unless he backs his desire to box Tyson Fury, Anthony Joshua and Deontay Wilder.

UFC legend Nate Diaz has also been making a fuss as he is keen to fight the final fight on his current contract, to explore the lucrative free agency market which could include a fight with YouTuber-turned-boxer, Jack Paul.

In May, the UFC president expressed his frustration with the amount of crossover talk and explained why Mayweather vs. McGregor was different.

“The thing is, the Floyd-Conor fight took on a life of its own. I mean, everywhere I went, that’s all people asked me.

Despite his obvious aversion to crossover fights, White has always stayed in touch with Mayweather’s team about a potential rematch with his biggest star.

In 2020, McGregor temporarily stepped away from fighting and the UFC boss tried to coax him out of retirement by talking about a second lucrative boxing bout with Mayweather.

“Floyd and I always have trades and back and forth. We’re always interested, both sides. I know he would take Conor McGregor back. But I don’t know if you heard, but Conor McGregor is retired” , White told TMZ Sport.

The 52-year-old has yet to publicly comment on rumors of an upcoming rematch between Mayweather and McGregor, but is expected to be much more supportive of the crossover concept when he does.

It’s not yet clear when a rematch between the two sports stars will take place, but it looks like a date in December could suit both men.

Mayweather is set to face Japanese MMA fighter Mikuru Asakura in September in his fourth exhibition bout since retiring in 2017.

McGregor is currently healing after sustaining a fractured tibia and fibula at UFC 264 in July 2021.

The 33-year-old is closing in on a return to action and has recently started kicking again ahead of his highly anticipated comeback fight which is set to take place later this year.

Deals of the day

New customers only. Minimum deposit of £10 • A qualifying bet is a “real money” wager of at least £10 • Minimum odds of 1/2 (1.5) • Free bets are credited upon settlement of the qualifying bet and expire after 7 days • Free bet stakes are not included in returns • Casino bonus must be claimed within 7 days • To withdraw bonus/associated winnings, wager x40 bonus amount within 14 days • Casino bonus expires after 60 days • Withdrawal restrictions and full terms and conditions apply 18+ begambleaware.org