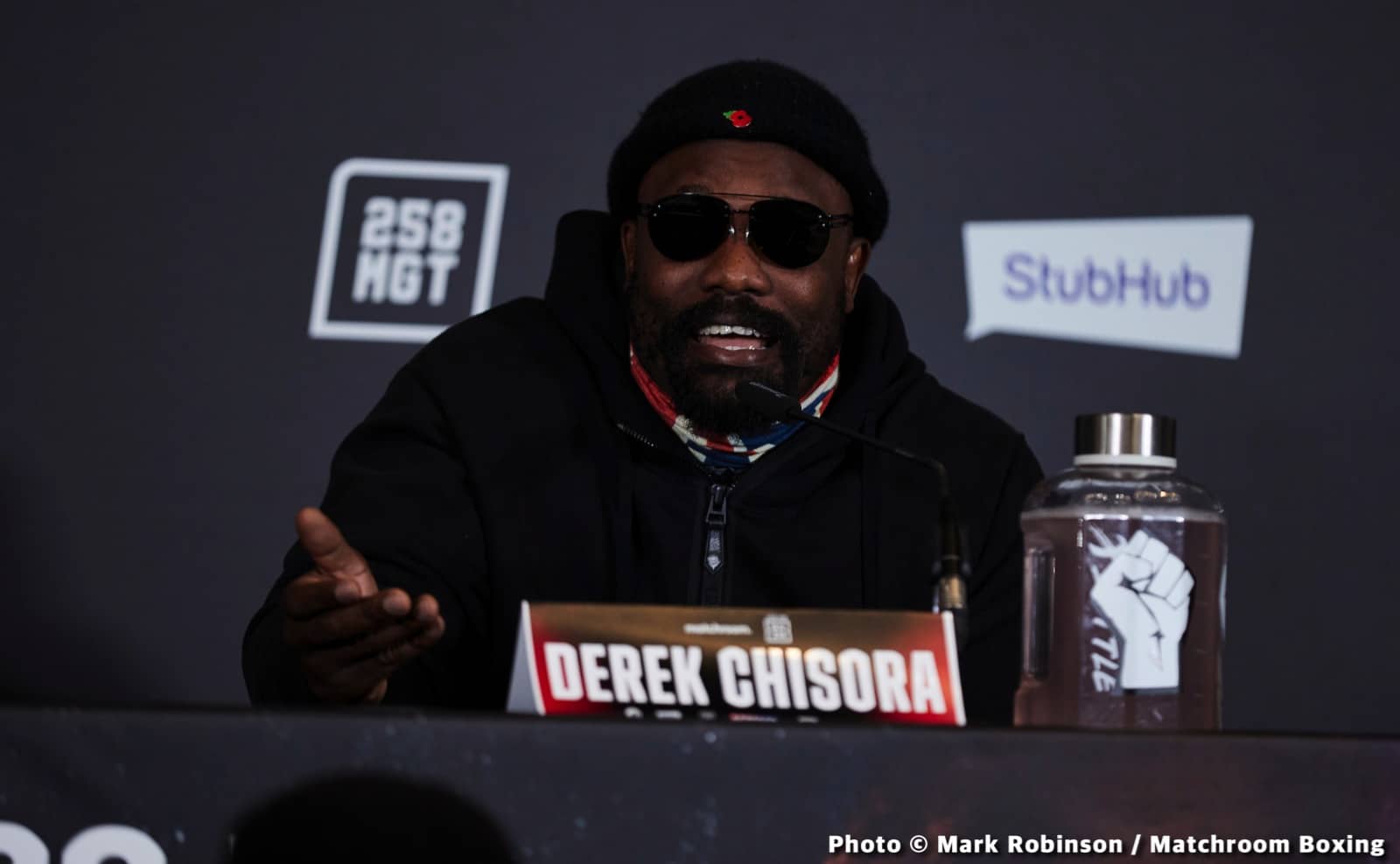 Dereck Chisora ​​doesn’t like being told what to do. The 38-year-old Warrior of the Ring more than made it clear, with all of those people who care about his well-being and want to see him retire being, well, being ignored. Not listened to. Put aside. “War,” as the Londoner is called, is already considering its next fight; this after taking a few nasty hits in that brave display against Joseph Parker.

And Chisora ​​doesn’t care at all that her name is mentioned next to Deontay Wilder’s name. Chisora ​​is ready to fight Wilder – this at a time when Chisora’s own trainer Dave Coldwell has said he is firmly against the fight, as he will not be training Chisora ​​for the fight – as he said while speaking with Talk Sport. In fact, Chisora ​​says he’s ready to fight anyone. This incredibly likeable old school fighter says he wants to be known someday as “that guy who fought everyone in my day.”

But how much war does Chisora ​​still have to give? How much does he have left to give? Eddie Hearn is looking for a few names for Chisora’s next fight, with Wilder’s name very much present, and Chisora ​​can be expected to give his all in every extra fight he has. How many World Champions / Hall of Famers will Chisora ​​have on his CV by the time he’s finally done fighting?