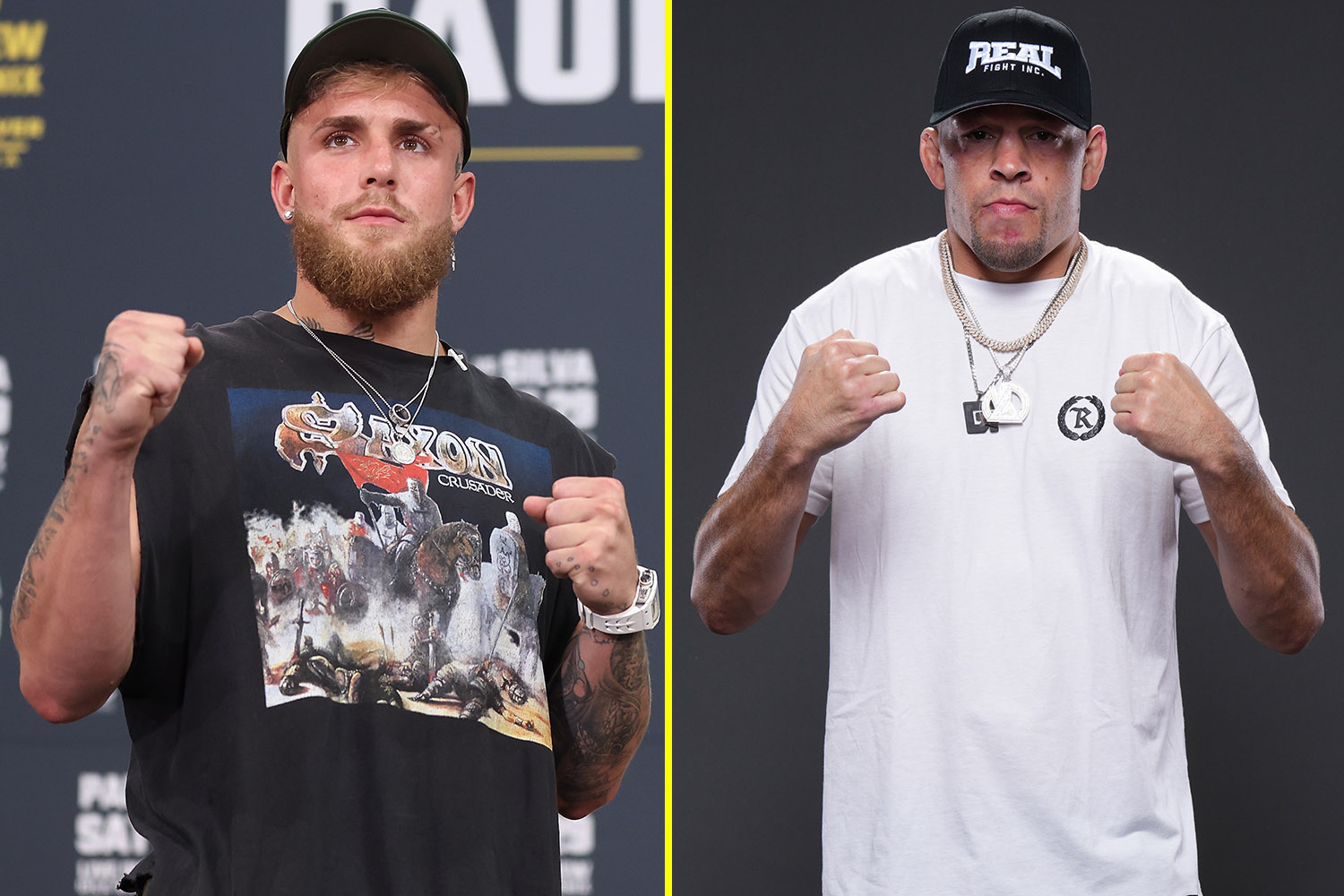 Jake Paul hopes a fight with Nate Diaz can happen down the line, but insists he is fully focused on the task at hand, Anderson Silva.

The 5-0 (4 KOs) YouTuber-turned-boxer will meet the MMA icon in an eight-round, 187-pound bout in Phoenix, Arizona on October 29.

Despite the toughest fight of his career next month, talk has already turned to what could happen in 2023 after Nate Diaz left the UFC last weekend.

Diaz and ‘The Problem Child’ have been going back and forth on social media for some time about a potential fight that is now a real possibility after ‘The Stockton Slugger’ submitted Tony Ferguson at UFC 279 during of the final fight on his contract with the Chief of MMA.

“I want, in the back of my head, this fight. And I think the fans want this fight,” Paul told the gathered media about a potential matchup with Diaz after a press conference with Silva on Monday in Hollywood.

“I’m going to slap the Stockton on him. I focus on October 29. I have a tough, crazy opponent ahead of me in Anderson Silva, so that’s my main focus.

The 25-year-old insists there are a lot of things that need to happen before a fight between him and Diaz can materialize, but that won’t stop him from planning for the future.

“We’ll see. I think he probably has to overcome a lot of hurdles, even terminating his contract,” Paul added.

“I don’t know all the details. And then there are obstacles that I have to overcome. And one of those obstacles is a huge one at Anderson Silva.

“I definitely use any potential fights that might happen in my career as motivation. I want to have a long career. So when I’m in the gym, I’m like, ‘OK, I’m going to do this for another three, four, five years. I have to work extremely hard.

“It’s not just a short-term thing for me. I always think of all the people who want to beat me, who want to fight me.

Before a fight with Diaz can even be discussed, Paul must first get rid of Silva who, despite being in the twilight of his career, has seen a resurgence in recent years.

The 47-year-old was cut by the UFC in 2020 but has since carved out an impressive boxing career that has included big wins over former world champion Julio Cesar Chavez Jr. and former champion UFC Tito Ortiz.

He will be looking to add another big name to his roster next month.