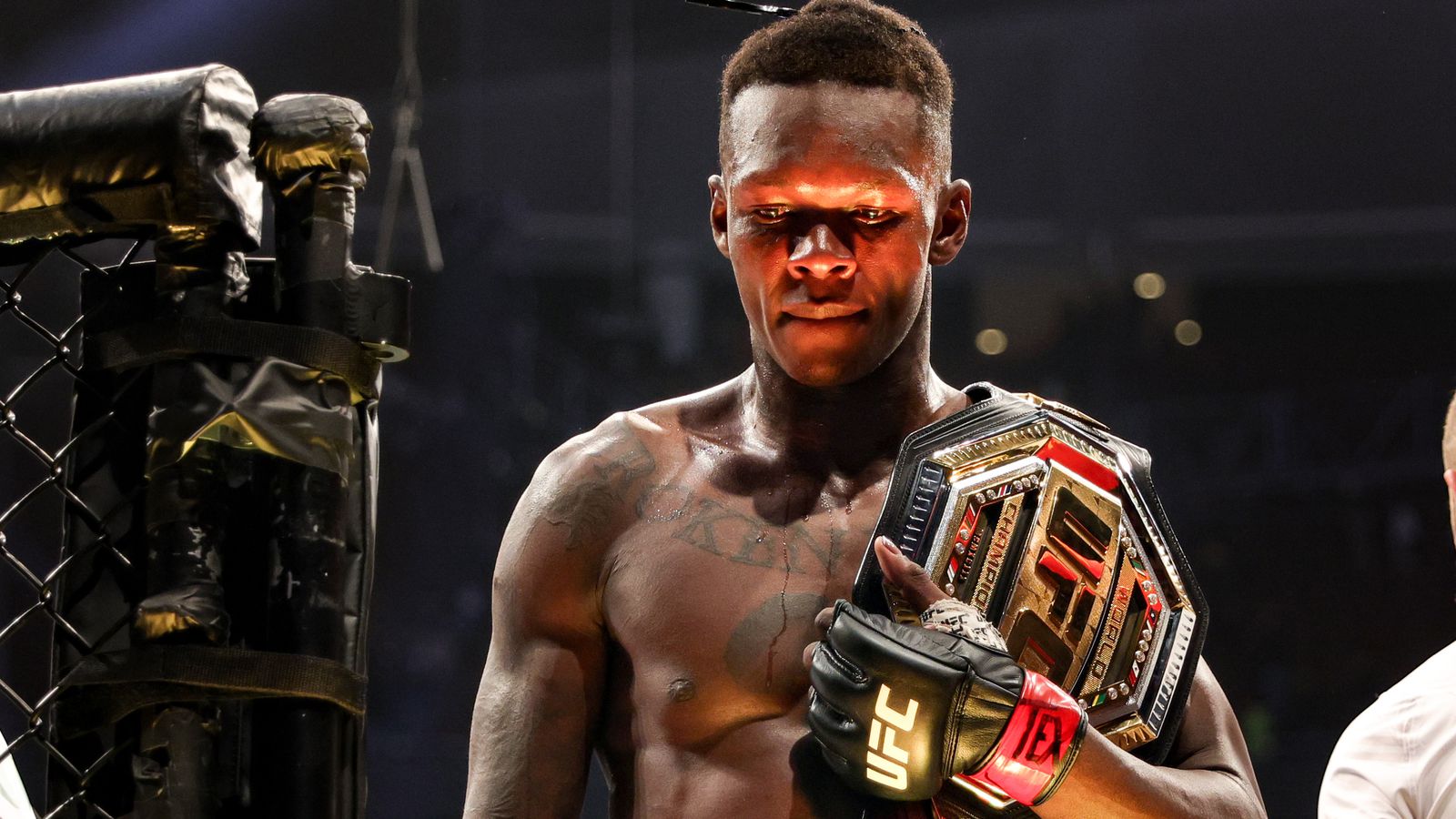 Adesanya, 32, has years of dominance ahead of him and that’s why the UFC just signed him to a very lucrative contract. He will be competing inside the Octagon for the foreseeable future and trying to nab the great Anderson Silva to become the greatest middleweight in UFC history. It’s going to take time and more title defenses, but Adesanya is sitting pretty well right now.

That said, “Last Stylebender” is not satisfied. He’s always aiming for the stars – as evidenced by his failed bid to win the UFC light heavyweight title in 2021 – and never seems complacent about his results inside the cage or his training outside. outside. Adesanya is also the type of fighter who likes to push boundaries and expand his horizons, which is why the UFC champion is interested in a potential crossover with professional wrestling before all is said and done.

“I looked up to these guys when I was a kid. I used to jump off the arm of the sofa and do a backflip on David [his camera guy]said Adesanya in a recent interview with talkSPORT.

“I broke my arm several times. We were taking bumps in the day [laughs]. But I’ll definitely do it before I’m done.

“You might see me sneaking under the ring one day like ‘what the fuck! It’s not Hornswoggle!

Of course, Adesanya’s crossover dream would be to compete in the spotlight of World Wrestling Entertainment (WWE), which has hosted former UFC superstars like Brock Lesnar and Ronda Rousey. The first wrestling organization also produced one of the most iconic sports characters of all time: Dwayne “The Rock” Johnson. Adesanya recently had the pleasure of meeting The Rock and it absolutely blew him away.

“The Rock, it’ll take a few meetings to go away. I’m still impressed with him, but I’m cool. I’m not going to like jumping it or anything,” Adesanya said.

“Even with Joe Rogan, when I first met Joe, I was blown away. It probably took two or three interactions until you humanized them.

“But The Rock will take time to disappear because it’s still The Rock!”

What do you say, Maniacs? Do you think Adesanya would do well in WWE? Should he think about a potential crossover or just focus on defending his UFC title?