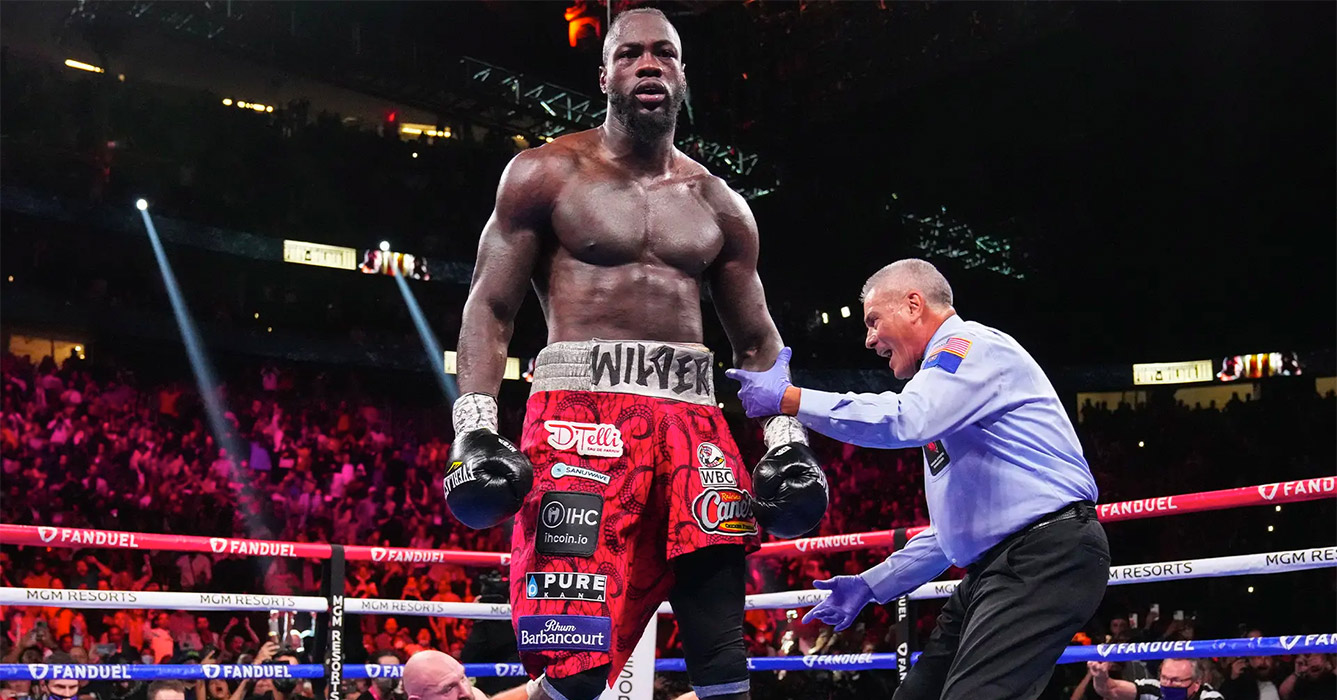 Deontay Wilder’s manager has confirmed that the former WBC Heavyweight champion will return later this year.

The 36-year-old has been out of action since October 2021 when he lost to Tyson Fury in their thrilling Las Vegas trilogy fight.

Rumors have persisted about the American’s future, but his manager Shelly Finkel told Planet Sport that ‘The Bronze Bomber’ would be back. And the Alabama knockout artist is targeting winner Oleksandr Usyk-Anthony Joshua 2 according to Finkel.

“Maybe the winner of Usyk and Joshua. I don’t know what Fury is doing?

“If Joshua wins – it’s a huge fight in the UK (between these two) – there are so many intangibles that we’re looking to see what happens in this fight (Usyk and Joshua).”

“I don’t care what Fury says, we’re waiting to see what he really wants to do because if he wants to fight the winner, he’ll get it. But after that, where are the best guys?

Fury co-promoter Frank Warren revealed this week on Talksport that Wilder will fight Robert Helenius in October. Finkel, however, played it down and talked about Derek Chisora ​​landing a fight against his client.

“Derek Chisora? He just made a split decision on Kubrat Pulev, no way.

Wilder is a wanted man and told Premier Boxing Champions last month that many people, including other fighters, want him back.

“When you have exciting heavyweight boxing, it thrives. And I am living proof of that.

“When you don’t have that heavyweight, nothing starts to die out. I’ve even had guys in the heavyweight division reach out to me and say, ‘Champ, the division n ‘isn’t the same without you, we need our champion back’.

“Many sent messages. ‘Boxing is dead, boxing is boring without him.’ Trust me, I hear it all the time from the best in boxing.