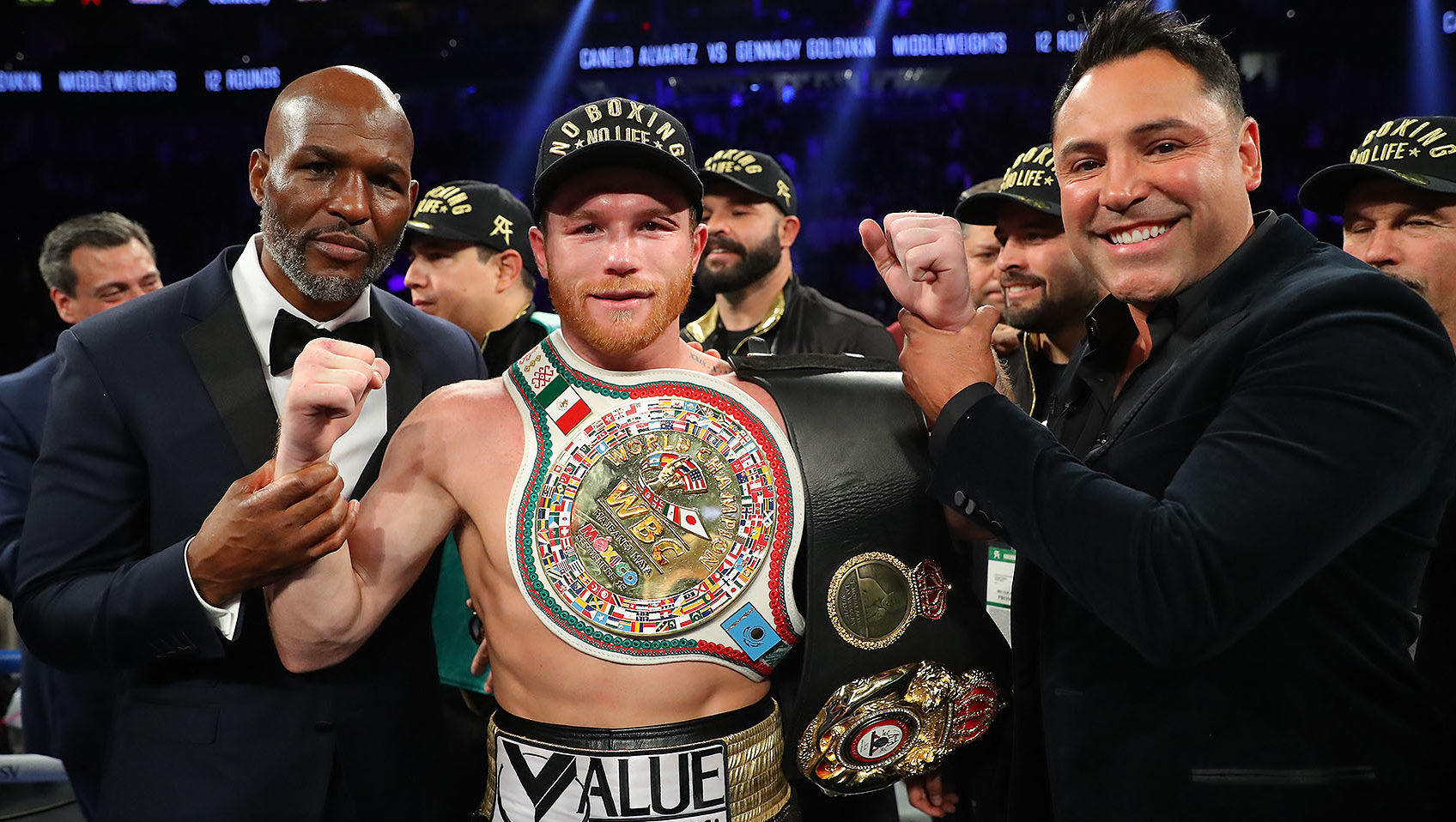 It looks like the broken relationship between Oscar De La Hoya and Canelo Alvarez could still be mended.

On Saturday night, Canelo suffered a huge upset at the hands of Russian Dmitry Bivol, as he was soundly beaten in every round to lose by unanimous decision.

The fight was promoted by Eddie Hearn and Matchroom Boxing, after Canelo signed a three-fight deal with the promotion company worth $160 million.

Canelo has worked primarily with Hearn since his split with De La Hoya’s Golden Boy Promotions, although he also had a bout with Premier Boxing Champions when he fought Caleb Plant last year.

The Mexican sued De La Hoya and Golden Boy to become a free agent in 2020 and it seems the friendship between Canelo and his former promoter and idol suffered in the process.

Prior to Canelo’s fight with Billy Joe Saunders in May 2021, he claimed in an interview that De La Hoya had “no loyalties” and was more “worried about drinking”.

De La Hoya responded under an Instagram post of Canelo teaching a young boxer the fundamentals of the sport.

“Please, this guy is doing everything wrong. Heads up when he throws hooks. On his heels, flat feet. What else? Oh, he avoids Charlo.

Canelo didn’t hold back in his response saying, “Oh really? You want me to talk? You fucking traitor.

At this point, it looked like there was no going back for these two, but after Canelo’s loss to Bivol, De La Hoya extended an olive branch, although Hearn might consider it a little Hall of Famer mischief.

“It is not (yet) too late to return to the best promoter.” said De La Hoya.

It’s not too late (yet) to return to the best promoter.