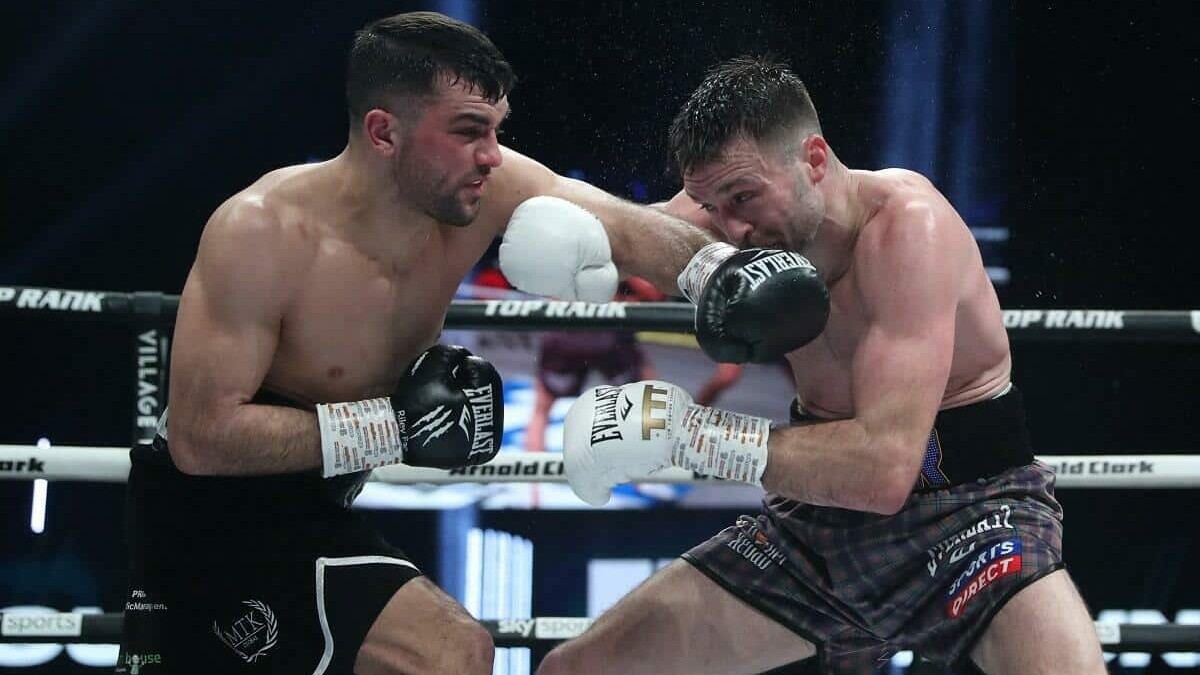 Jack Catterall has moved closer to a rematch with Josh Taylor by accepting a deal to fight on Sky Sports.

Catterall (26-1-0, 13 KOs) has signed a new multi-fight deal to sign exclusively with BOXXER.

The 29-year-old world title prospect is a man on a mission – and he can now expect big fights to be shown live and exclusively on Sky Sports.

Catterall was sickeningly denied undisputed light welterweight glory last February. He suffered the only loss of his career so far against Josh Taylor.

The Chorley-based fighter left Glasgow empty-handed following a controversial split decision in favor of his rival – a result that has baffled boxing fans around the world.

WBN then removed Taylor from the champion roster as he did not win the fight. It’s a stand that stands to this day with the titles remaining vacant on the WBN list.

The hard-hitting southpaw sensation is determined to avenge this Taylor loss after saying he’s ready to get up and settle the score.

After putting pen to paper on a new long-term contract, a delighted Catterall said: “I am delighted to join BOXXER. I signed a multi-fight deal and BOXXER has a brilliant platform in Sky Sports.

“It feels like a fresh start. I’ve kept it all a secret until now. So I think this news will be a nice surprise for many people. Especially anyone who’s been asking me for weeks and months what’s going on.

“I hope they will be as excited as I am. Together we can all look forward to the next steps in my career with big fights and big nights ahead.

“I sincerely believe that these great fights can be delivered via BOXXER and Sky. It’s a huge platform for me to play on, and I’m very excited about it.

” Well [Shalom] and I are both the same age. And, like me, he is very ambitious. He’s brought together an incredible team at BOXXER, and I think it’s a great partnership.

“I fully believe in my ability to continue and win world titles with BOXXER. I’m still only 29 years old.

“I have great years ahead of me in sport. I want to deliver great fights to the fans. There’s no one better than Ben and BOXXER to do it alongside.

Ben Shalom, CEO and Founder of BOXXER added: “What a signature this is for BOXXER. We are really happy.

“We all want Jack Catterall to have an incredible career. And we want him to have all the opportunities he deserves.

“Maybe it will be the rematch with Josh Taylor, but whatever happens, I think he deserves another world title in the very near future.

“I talk to Top Rank and Josh a bit. I know he wants the fight. But I also know that if there are things standing in the way of a rematch, then Jack is not going to hang around.

“For Jack, this heralds the start of a new dawn. And, believe me, when I say a storm is coming. You are looking at a future world champion in Jack.

“He’s a man who is destined to write his name in the British boxing history books. I look forward to seeing him back in action soon, as well as some huge fights we have in store for him down the line. .

Adam Smith, Head of Boxing Development at Sky Sports, said: “I am absolutely delighted that Jack is joining the new era of Sky and BOXXER.

“This is an important announcement.

“I’ve been a big fan of Jack for years. He always brought fun and passion and will fight anyone.

“We will be right behind Jack as he aims to become world champion soon.”

Nicknamed ‘El Gato, Catterall launched his professional career in style over a decade ago when he beat Carl Allen on points in Manchester.

The former midfield champion won the British welterweight crown in 2017 when he beat Tyrone Nurse.

Catterall would follow that up by knocking out Kevin McCauley, Christopher Sabire, and Oscar Amador. Part of several successful WBO Intercontinental defenses.

“Subsequently, he was named the mandatory challenger for a shot at the full WBC world title.

Amid the Covid-19 pandemic, Catterall has been forced to patiently wait for his chance. He delayed his mandatory opportunity to see Josh Taylor unify the division when the Scot defeated Jose Carlos Ramirez to win the WBC title and add to his run of WBA, WBO and IBF belts.

Catterall and Taylor would eventually collide at the SSE Hydro in Glasgow, in a fight in which many believe the Englishman should have walked away with gold earlier this year.

Indeed, there’s no doubt that Jack Catterall will be heavily backed to make the deal should the pair renew their rivalries in a second ‘Battle of Britain’ rematch.