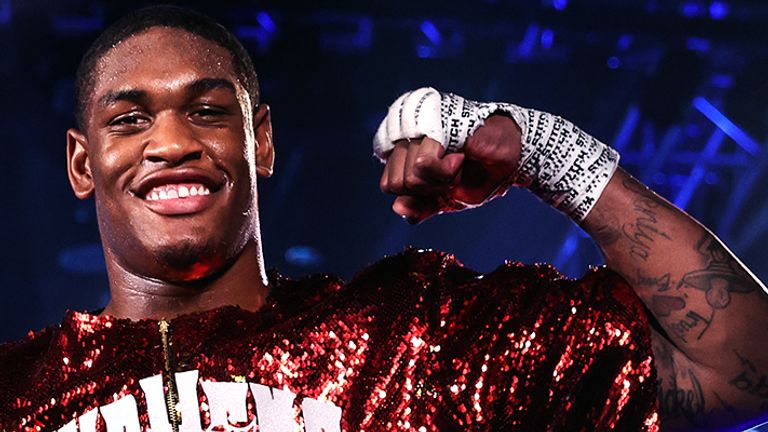 If you thought Jared Anderson was a heavyweight version of Adrien Broner, I could see why you think that. The 12-0 (12 KOs) boasts an impressive 6’4 stature along with a reach of 78½. But there’s a reason the hype is building around him right now. Armed with a heavy right hand, quick hands and able to easily switch between orthodox and southpaw, Jared Anderson looks promising. He’s yet to reach the top 10 in any of the major organizations, although the WBC ranks him No. 23 as of August 2022. But at just 22, there’s no rush just yet. He seems to be doing well and making steady progress.

But how far will he go?

This is always a difficult question to answer. Especially at such an early time when a fighter has just started his career. However, we can look at their weaknesses and flaws which can give us some clues. Anderson likes to keep opponents busy with a scintillating jab while looking for an opening to land the right hook to the head. Pressure is his game, so he always goes ahead and stalks his opponents. He barely takes a step back. But Jared tends to lean too far forward to throw a punch every now and then, leaving his chin exposed. It can be hard for him to resist the compulsion to step things up a notch too soon, which has obviously seen him get caught with backlashes as he enters from close range. There are also times when he moves forward with his guard a bit low. Against a big puncher who could cause problems.

There’s plenty of time to work on these issues, so there’s really no need to worry at the moment. But if and when he starts to face top-10 contenders, he may start to see some urgency. The positive thing is that the heavyweight division is currently lacking many strong contenders, although there are some great champions including Tyson Fury and even regular WBA title holder Daniel Dubois. Joe Joyce is also pretty tough and gained enough experience when he fought in the World Series of Boxing before turning pro fighting Oleksandr Usyk.

There’s no real way to tell how far Anderson will go right now, but if he hasn’t worked to address his flaws by the time he begins to fight serious opposition, we’ll have a lot more to do. assess their progress. Let’s not forget that he also does a lot of things right and will probably have what it takes to give us some interesting fights at the higher ranks. With his obnoxious ring walks, he has the opportunity to improve his marketing image in the future to form an interesting narrative to become a household name and possibly a big Pay Per View attraction. But it’s still a long way off.

Right now, all Jared Anderson can and should do is keep knocking them down as they keep coming.